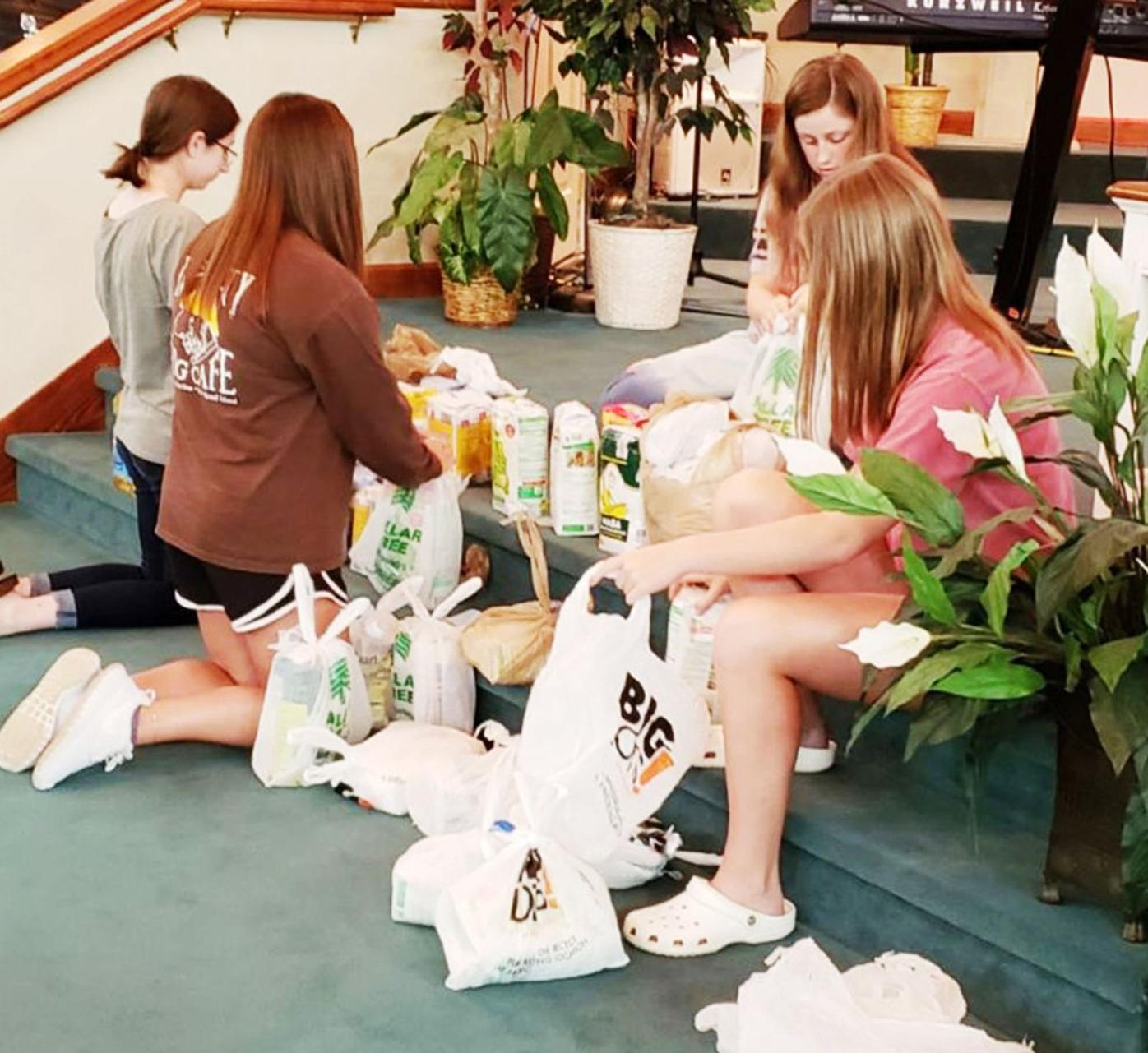 Boxes of Blessings volunteers pack boxes of food and Bibles at New Providence Baptist Church to send to Valencia, Venezuela.

Boxes of Blessings volunteers at New Providence Baptist Church in Loudon County pack these types of food items to ship to a church in Valencia, Venezuela.

Boxes of Blessings volunteers pack boxes of food and Bibles at New Providence Baptist Church to send to Valencia, Venezuela.

Boxes of Blessings volunteers at New Providence Baptist Church in Loudon County pack these types of food items to ship to a church in Valencia, Venezuela.

Members of Baptist churches in Loudon County are still collecting food monthly for those in need in Venezuela.

The Boxes of Blessings program started five years ago at Loudon County Baptist Association, which sends eight boxes per month with about 800-1,000 pounds of food, Phil Holmes, LCBA director, said.

Building on what the LCBA was doing, New Providence Baptist Church also has a Boxes of Blessings program, which sends about 900 pounds of food per month, the Rev. Gary Smith, associate pastor, said.

“It is food items we send to Venezuela, to a certain church in Venezuela,” Smith said.

The boxes include food, medical and hygiene supplies, ibuprofen and baby formula.

NPBC has a three-year partnership with a church in Valencia, Venezuela, which Smith expects will continue even after the three years are up.

Members bring in donations for the effort the first Sunday of each month. The church tries to box the items that week and ship the following Wednesday. Boxes go from Knoxville to Miami, Fla., and from Miami, Fla., to Valencia. Bibles are put in each box.

NPBC receives responses from recipients in Venezuela, Smith said. “We get pictures from them all the time,” he said.

In one especially noteworthy case, a special baby formula was shipped from East Tennessee to Venezuela and used by a woman in the church there who had a child in the hospital.

“We watched her grow over the last couple of years,” Smith said of the child.

The exchanges between churches started with family relationships at LCBA and NPBC.

But the shipments quickly became more than just food for one family, Holmes said. Churches in Venezuela share the food and cook a meal of rice and beans each Sunday. He estimated 65,000-75,000 pounds of food have been shipped to Venezuela during the past five years and about $60,000 worth of donations have been received.

The cost to ship the boxes each month is about $700-$800, Holmes said. Bibles are sent with the packages.

Holmes said he trusts those receiving food are also being introduced to Jesus Christ. Reports of people sharing the gospel and developing house churches are common.

At NPBC, there is a list of items to donate to Boxes of Blessings.

“We follow that list,” Bennett said. “You can bring one item. You can bring every item. We would just like to bring an item to donate.”

“Our class donates one can of formula each month to Boxes of Blessings,” Bennett said. “Plus, we all individually bring items to send.”

Volunteers fill boxes to a certain number of pounds. Once the box reaches a weight limit, volunteers leave about an inch of space at the top and pack Bibles in.

“We want to help feed the hungry and to minister to them,” Bennett said. “We want to share the love of Jesus. This is a beautiful ministry to help people who are hungry and hurting in Venezuela.”