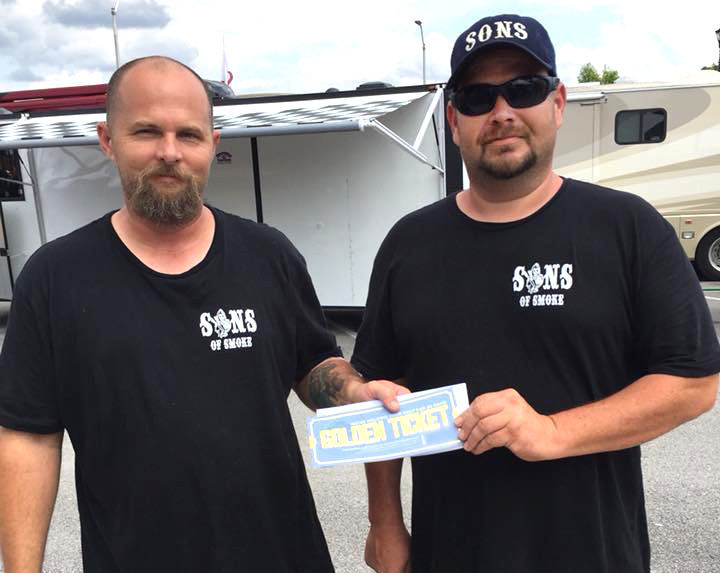 Andy Walker, left, and Chris Freels show off their ‘Golden Ticket’ to the World Food Championships in Orange Beach, Ala. 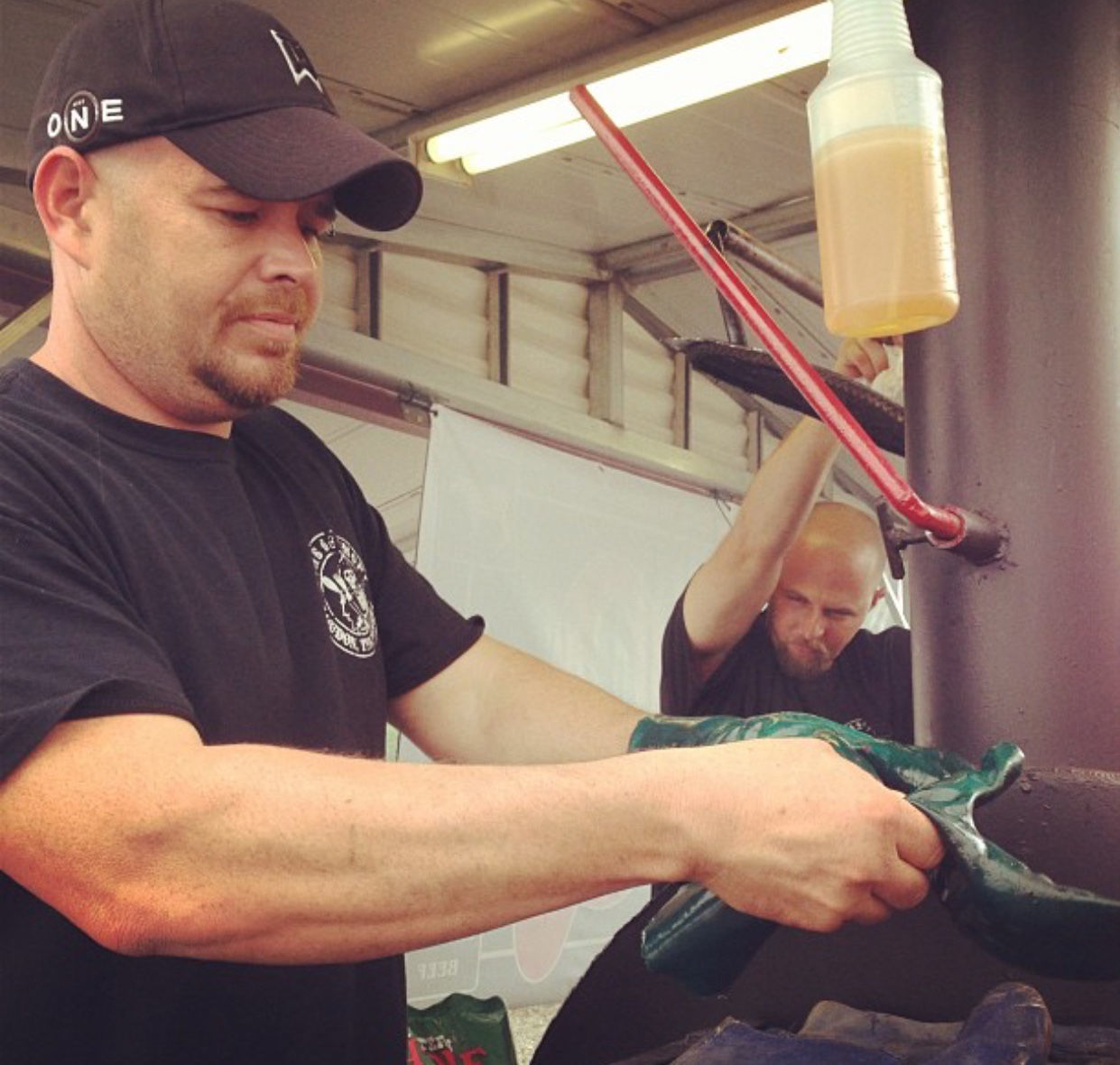 Andy Walker, left, and Chris Freels show off their ‘Golden Ticket’ to the World Food Championships in Orange Beach, Ala.

In 2012, Loudon County natives Chris Freels and Andy Walker were inspired to take on a new venture, forming a barbecue team.

The inspiration came from the TV show BBQ Pitmasters. The duo thought competing would be fun and soon Sons of Smoke was born. In 2015, Sons of Smoke won an award for the top pork barbecue in the state, and in the last six years Freels and Walker have competed against most of the barbecuers they used to watch on TV.

“We practiced so much I don’t even eat barbecue anymore,” Freels said with a laugh. “I banned barbecue. We don’t eat it. It is a lot of trial and error. We’ve made a lot of barbecue rubs and barbecue sauces. We actually sell our own barbecue sauce now.”

Finding a sauce or spice rub that is a winner brings a great feeling, Walker said.

“We’ve made tons and tons of different sauces and rubs and tried them and frowned on them and threw them away and spent a lot of money making them,” he said. “When you finally get something you’re happy with and you win with it, it’s exciting. To come out with something nobody else has and get a good reaction from a judge is great.”

Competing has become a true joy for Freels and Walker. They see the entire barbecue community as one big family.

“When we go we take all the family with us,” Freels said. “It’s just a big family get together. The whole barbecue community, believe it or not, we compete against everybody when we go, but we sit there Friday night and just shoot the breeze. It’s all a big family deal.”

Now, six years after getting started, Freels and Walker are heading to the World Food Championships in Orange Beach, Ala.

“I figured we would just do it as a weekend fun thing, something to get away and do,” Walker said. “I never thought it would turn into such a successful thing. Loudon County and Lenoir City, they took care of us with people liking our food and that sort of thing. It’s turned into a lot bigger than we thought it would.”

It was sausage, not barbecue, that actually landed Freels and Walker a trip to Alabama for the World Food Championships. During a barbecue competition in Maryville, Wampler’s Farm Sausage held a mandatory sausage competition for all entrants.

Sons of Smoke decided to make taco boats with a recipe that had earned them a second-place finish at a competition in Sevier County.

“I joked with the guys that we got second up there using Swaggerty’s sausage, we ought to get first down here using Wampler’s,” Freels said.

That’s just what happened, and even though the duo was confident in their recipe, there was still plenty of excitement.

“We were happy. That was a good feeling,” Walker said. “It was a great moment. We put a lot of hard work into it and it paid off.”

The World Food Championships will bring a different kind of competition for Sons of Smoke. With barbecue competition Freels and Walker know what they’ll be cooking each time out. That’s won’t be the case in Alabama.

“You really don’t even know what you’ll be cooking until you get there,” Freels said. “It’s actually kind of scary. We had some friends go down a couple years ago and they were cooking some odd ball stuff.”

Even so, Sons of Smoke are heading to Alabama not just to compete, but to come home with a $300,000 grand prize.

“I think it will be an honor just to go down and get to cook against some of the best chefs in the world,” Freels said. “That’s what it is. Everybody down there is a chef and for some local barbecue guys to go down to compete, I think it’s pretty awesome. But we’re going down to win it.”

The World Food Championships will be held Nov. 7-11. If Sons of Smoke win they hope to open a full-time restaurant in Loudon.

“I mean to create something and make it your own and start your own business with it and make a career out of it, there’s no greater feeling,” Walker said.