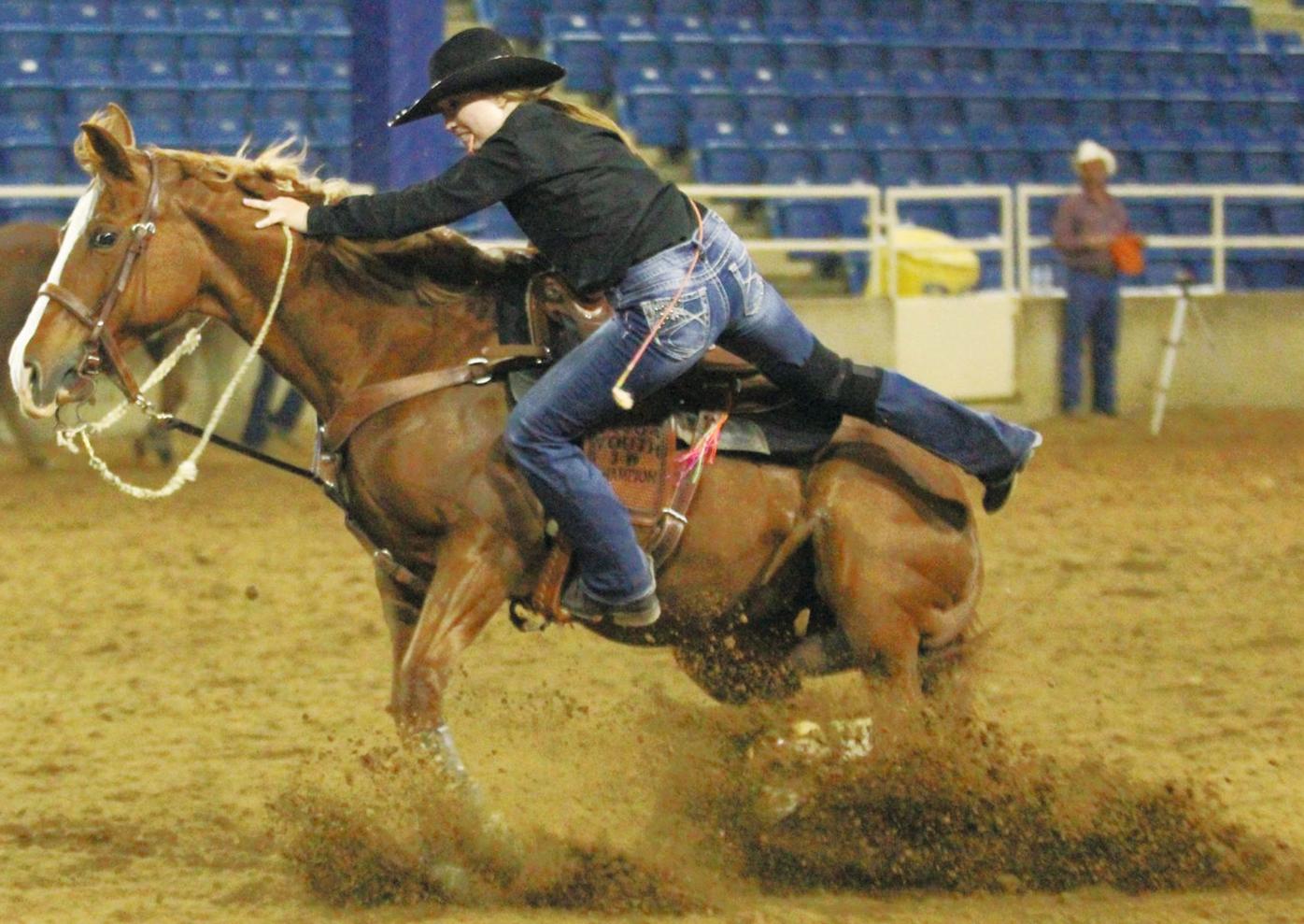 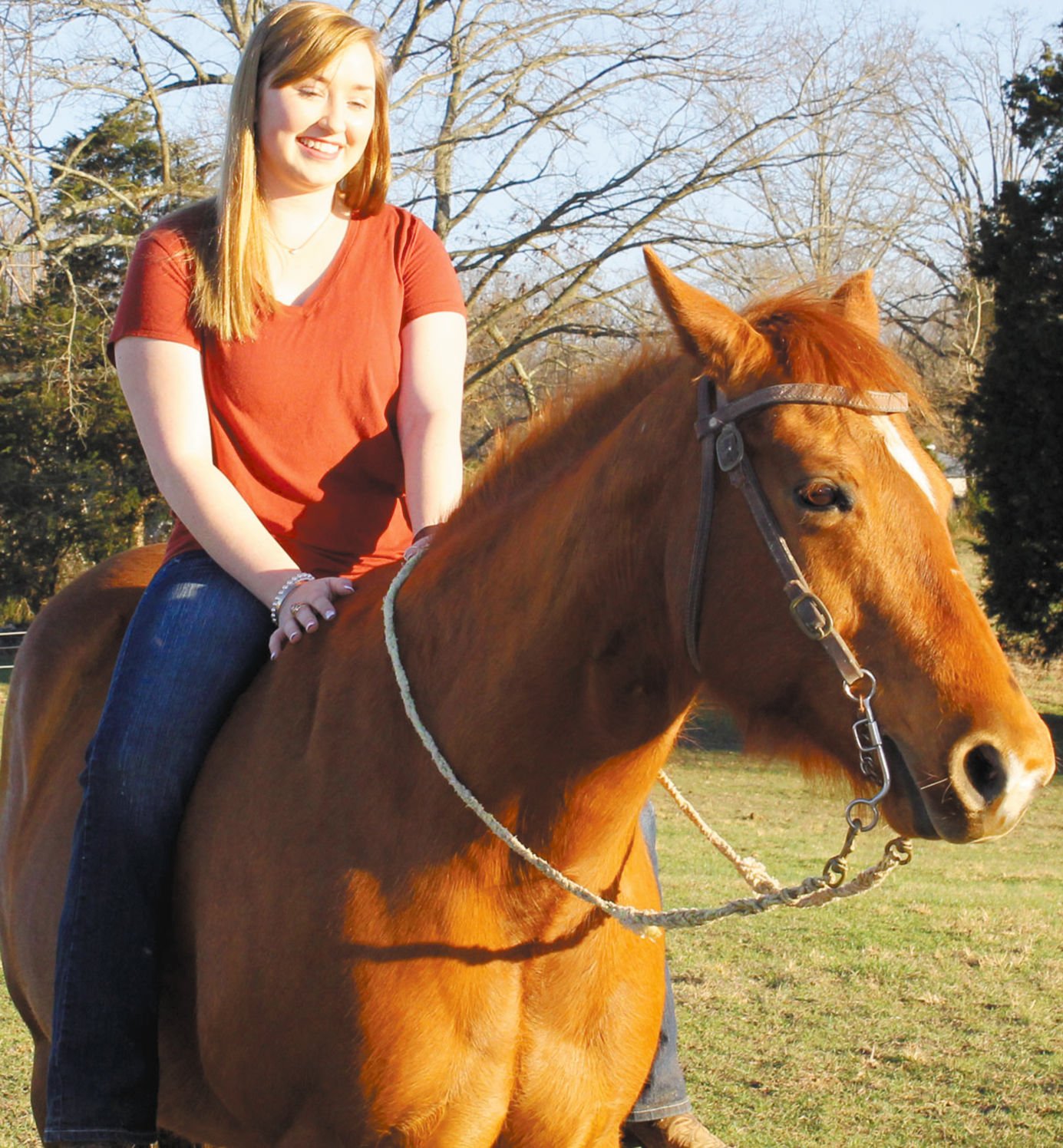 Hailey Rose Viars rides one of her horses, Zin, around the barn on Davis Ferry Road. 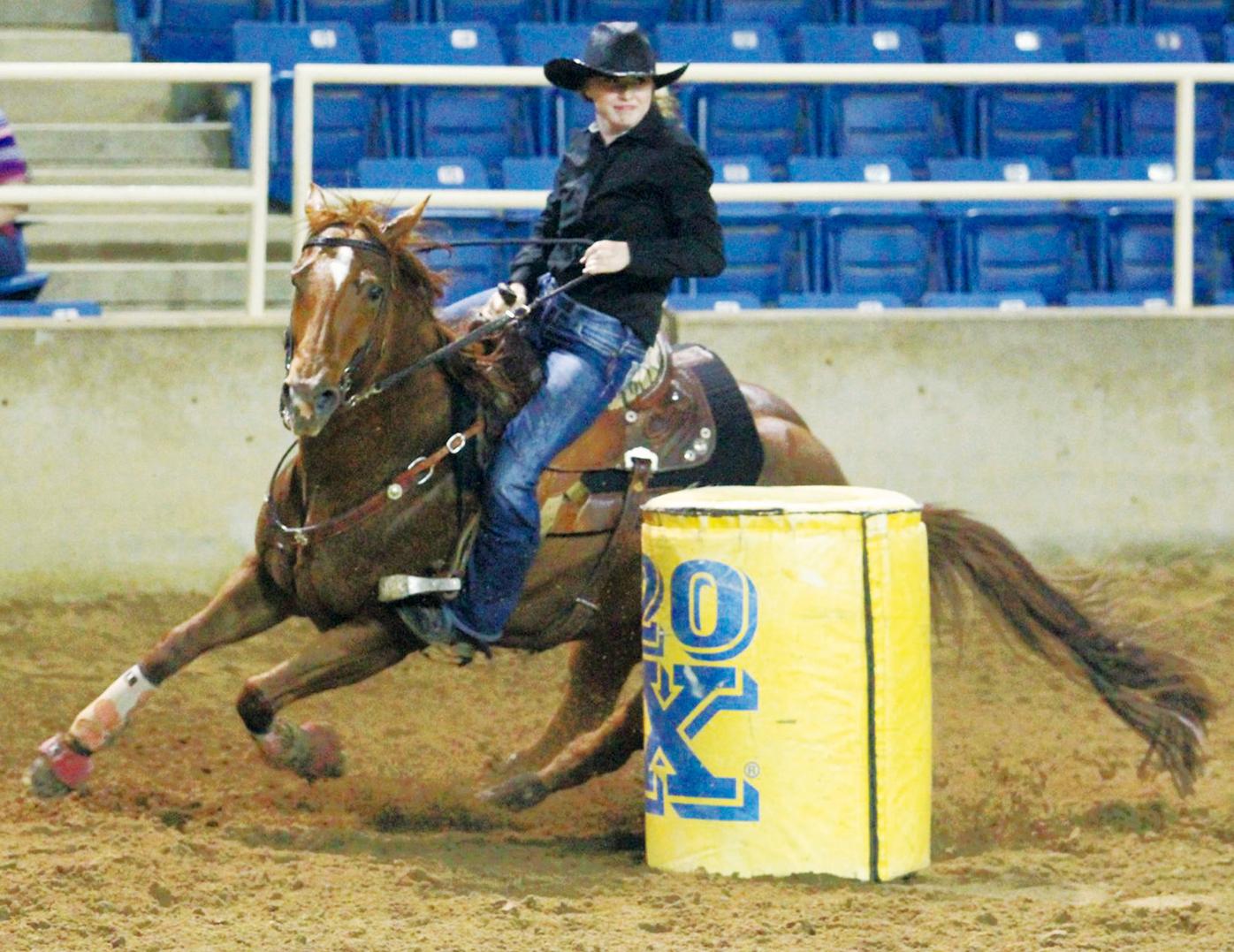 Hailey Rose Viars rides one of her horses, Zin, around the barn on Davis Ferry Road.

Loudon High School senior Hailey Rose Viars describes herself as a perfectionist with a Type-A personality.

That personality, coupled with a love for agriculture, is reflected through her involvement in programs like Future Farmers of America, rodeo, school and church.

Viars’ love for agriculture began at age 6, when she received her first horse from her grandfather and got involved in rodeo.

“It all started right here with the horses,” Terry Viars, Hailey’s father, said standing outside the family’s barn that houses Hailey’s three horses. “... She fell in love with the rodeo. We didn’t know if she’d like it, but she got very good at it. She even qualified for the junior high finals in New Mexico.”

Her commitment to rodeo sometimes meant being out of town for 40 weekends, with Terry and Stephanie saying those trips became family vacations.

“That’s the biggest thing,” Terry said. “We’ve done this as a family. It was all family time.”

Hailey’s perfectionism showed during her time in rodeo, including when she was name Miss Tennessee Rodeo Queen as a sophomore at LHS. She placed fifth at the national level.

Despite her many achievements during her rodeo career, Hailey decided to focus on her schoolwork after her sophomore year.

After finding out she’s sixth in her graduating class at LHS, Stephanie Viars, Hailey’s mother, said the decision “definitely paid off.”

“There’s no off-season in rodeo,” Hailey Rose said. “We love it, and we love the people. It got to the point where it was hard. I really matured a lot at that point because I learned about making a decision that was possibly not in my best interest at the time, but needed to be made.”

Although Viars hopes to competitively rodeo again, she said it’s not currently in God’s plan for her life.

But Hailey’s love for agriculture remains strong. She attended 4-H meetings in second grade, with her involvement spanning through the eighth grade.

Hailey is involved with the Future Farmers of America, which includes communicators and educators.

“As the needs of the world have changed, we’ve adapted to it,” Hailey Rose said. “We have students who have not set foot on a farm. FFA literally has something for everyone even if students don’t choose to fulfill a FFA career.”

Last year, Hailey served as a delegate for Tennessee’s state association of the national FFA.

“It’s really an honor,” she said. “There’s an allotted number of delegates.”

She is now competing for state office in East Tennessee against some of her closest friends.

“East Tennessee is guaranteed one spot,” she said. “East Tennessee has the stronger candidates. I’m hoping for three to four candidates to win from East Tennessee this year. The other cool thing is even if you compete against each other, we’re still really good friends. I actually met my future roommate in college this fall this way.”

Although Hailey Rose understands that other students may not be as interested in agriculture as she is, she believes people appreciate where their food and clothes come from.

“Everybody is a little interested, just not the level all of us are,” she said.

As was the case during her time in the rodeo, Hailey makes sure that extracurricular activities don’t get in the way of academics.

“The first word that comes to mind when thinking of Hailey Rose as a student is dedicated,” Hicks said. “The first week of class, I remember Hailey Rose coming to speak with me about her affiliation with FFA and other extracurricular pursuits. She let me know that she would be missing a significant amount of days due to those, but that she would be dedicated in making up all of her assignments in a timely manner. She was absolutely correct. That girl balances school with work and other important community outreach with absolute ease.”

Looking to the future, Hailey plans on attending the University of Tennessee in Knoxville starting in the fall, majoring in agricultural communications.

“We’re excited to see the next step of her journey and where God’s going to take her,” Stephanie said. “It’s now time for us to step back.”

Hailey thanks her parents for their support and influence.

“Without them, I wouldn’t be where I am,” she said. “(God) blessed me with amazing parents.”

Both parents agreed Hailey Rose has always had the right foundation, which has helped her accomplish many things up to this point in her life.

Some facts about Hailey Rose Viars:

• Placed sixth in her graduating class at Loudon High School.

• Served as a state delegate for the 89th annual Future Farmers of America convention in 2016.

• Facilitated the Tennessee Leadership Conference with the regional officer team for more than 300 FFA members at the University of Tennessee.