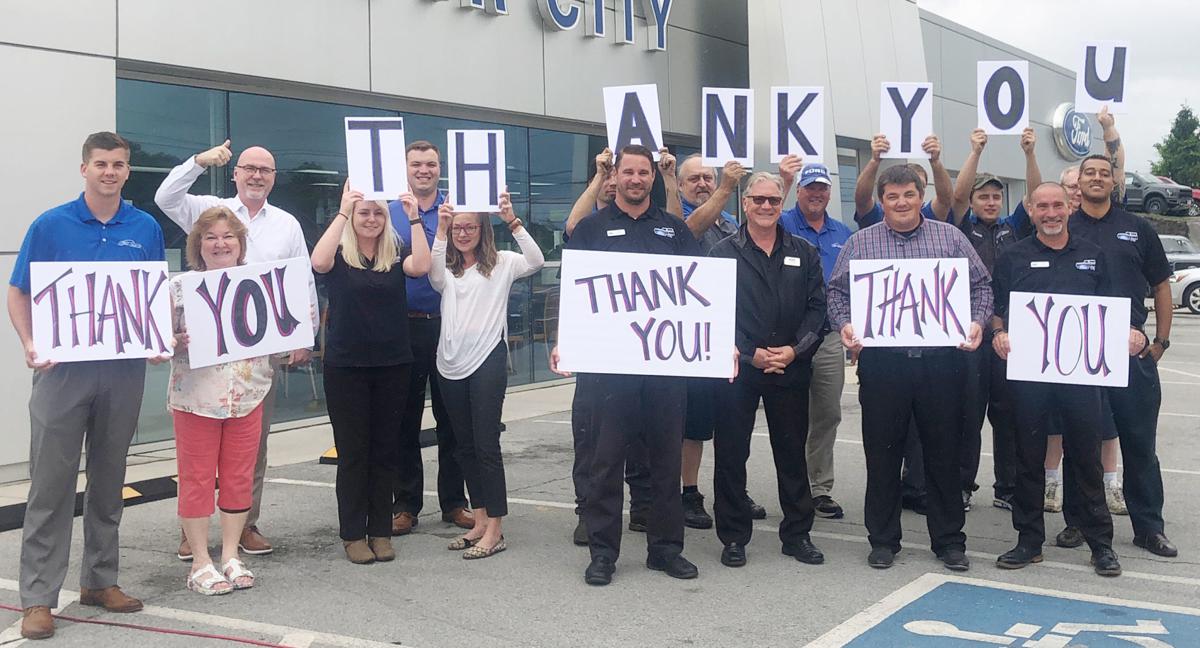 Employees of Lenoir City Ford participate in a commercial created by the Prevention Alliance of Loudon County. 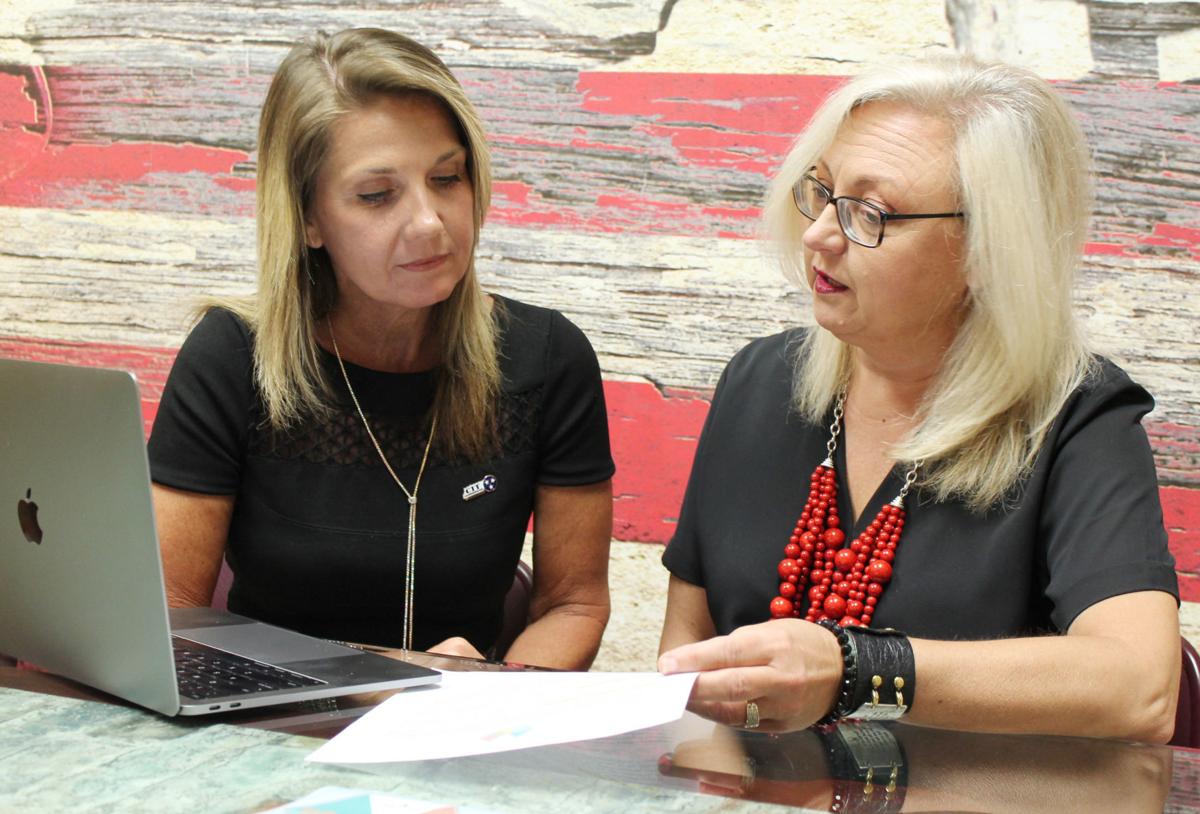 Employees of Lenoir City Ford participate in a commercial created by the Prevention Alliance of Loudon County.

The Prevention Alliance of Loudon County hopes to lend a helping hand through its recently formed Our Community Cares program.

The program was designed to unite efforts in supporting the community during times like the COVID-19 pandemic and in future crises. Hopes are to get businesses to offer assistance when needed, Vicki Cowell, The Prevention Alliance program coordinator, said.

Align9, an organization that works to pool resources across the Ninth Judicial District of Tennessee for drug prevention and recovery, serves as the Prevention Alliance’s fiscal agent.

The local agency has been working on the program since March.

“The hospital reached out to us, to several people, I’m in the health council and they sent out an email and said, ‘Hey, we really want to love on our health care providers. What can we do?’” Cowell said. “So that’s when I just started to brainstorm and said, ‘What can we do?’ We thought about meals and because of the social distancing and because of different recommendations about how many people are touching stuff, it would be hard to make homemade meals and take it to them, so it would more like, ‘Gift cards would be a good idea if people wanted to buy gift cards,’ and then we were like, ‘What if we just created this guide that said the businesses will offer this as an ongoing thing,’ and so it’s not just a one-time I’ll bring you donuts today or I’ll bring you Chick-fil-A, but to try to get something more tangible for a longer term.”

Our Community Cares is first focused on COVID-19 and has so far birthed three projects. The first is a “thank you” 30-second commercial, which Cowell hopes to have showcased online and through local media outlets as a public service announcement. The goal is to thank first responders and health care workers as well as the entire community for helping do a part during the pandemic.

“We take the businesses signs, they hold them up, they say, ‘Thank you,’ and the goal of that is to say thank you to the entire community, not just first responders and health care workers. It’s kind of an inclusive thing,” Cowell said.

The second project took place Monday. Called “Night to Unite,” Cowell hoped to have community leaders inform residents of plans as the community reopens, and also offer an opportunity for people to hear uplifting stories.

Likely the longest lasting of the three projects will be a business guide on the alliance’s website. So far Cowell has gotten nearly 10 businesses on board, but she hopes that will increase within time.

“Anytime someone wants to add to it we can add to that guide, and then same thing if they want to do it for a limited amount of time then we can always remove them from that,” Cowell said. “That just kind of lets police and everybody know. A lot of people do already offer something — 10 percent or free meal or something like that. I know one business is going to give — they’re doing things a little bit different. They’re doing a meal to a family within the police department that will be recommended by their peers within the department.”

Only three projects are planned so far, but Cowell believes it serves as a foundation for the program’s future, whether that be more on COVID-19 or a future crisis.

“That’s the whole point is once the businesses said, ‘We’re united to make this community strong no matter what it takes’,” Cowell said. “So I was thinking if we ever have a storm in the area and we need debris cleaned up or whatever it may be, any kind of crisis within the community, just that it shows that we’re going to rally around each other.”

“With the Prevention Alliance we’re all about building a better community and the way to do that is to involve the people in the community,” Hipsher said. “With something like COVID-19, we’re all impacted and nobody was expecting it. So I don’t think we didn’t start looking at what other agencies were doing, we just thought as essential workers and we work hand-in-hand with the health department. We work hand-in-hand with the court system. We saw our colleagues really stepping things up and working harder while the rest of the world was kind of on pause. Just out of an abundance in appreciation in our hearts for what businesses were doing, we just felt compelled to take an opportunity to let the community know how much we appreciated the fact that we were all working together and that even in hard times if we stand united, if we’re a stronger community we’re a better community.”

Cowell hopes to have the commercial finished within the coming weeks. Deadline for participation is Friday. For more information, call Cowell at 865-816-8445 or visit www.align9.org.

“There are several motives as to why we would want it, but they were all very positive,” Hipsher said. “It just seemed like a natural overflow to be able to thank the people who are doing what they do every day.”