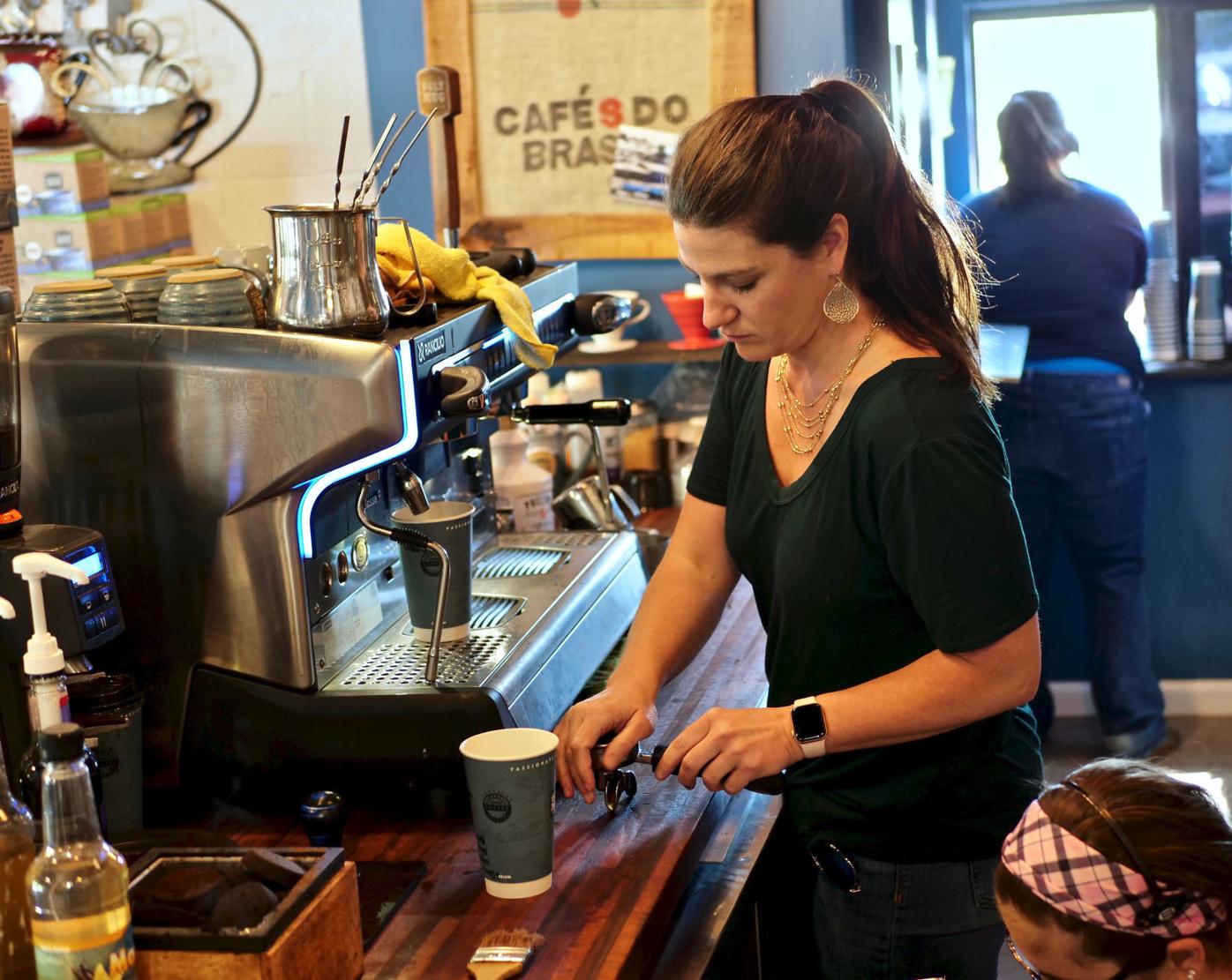 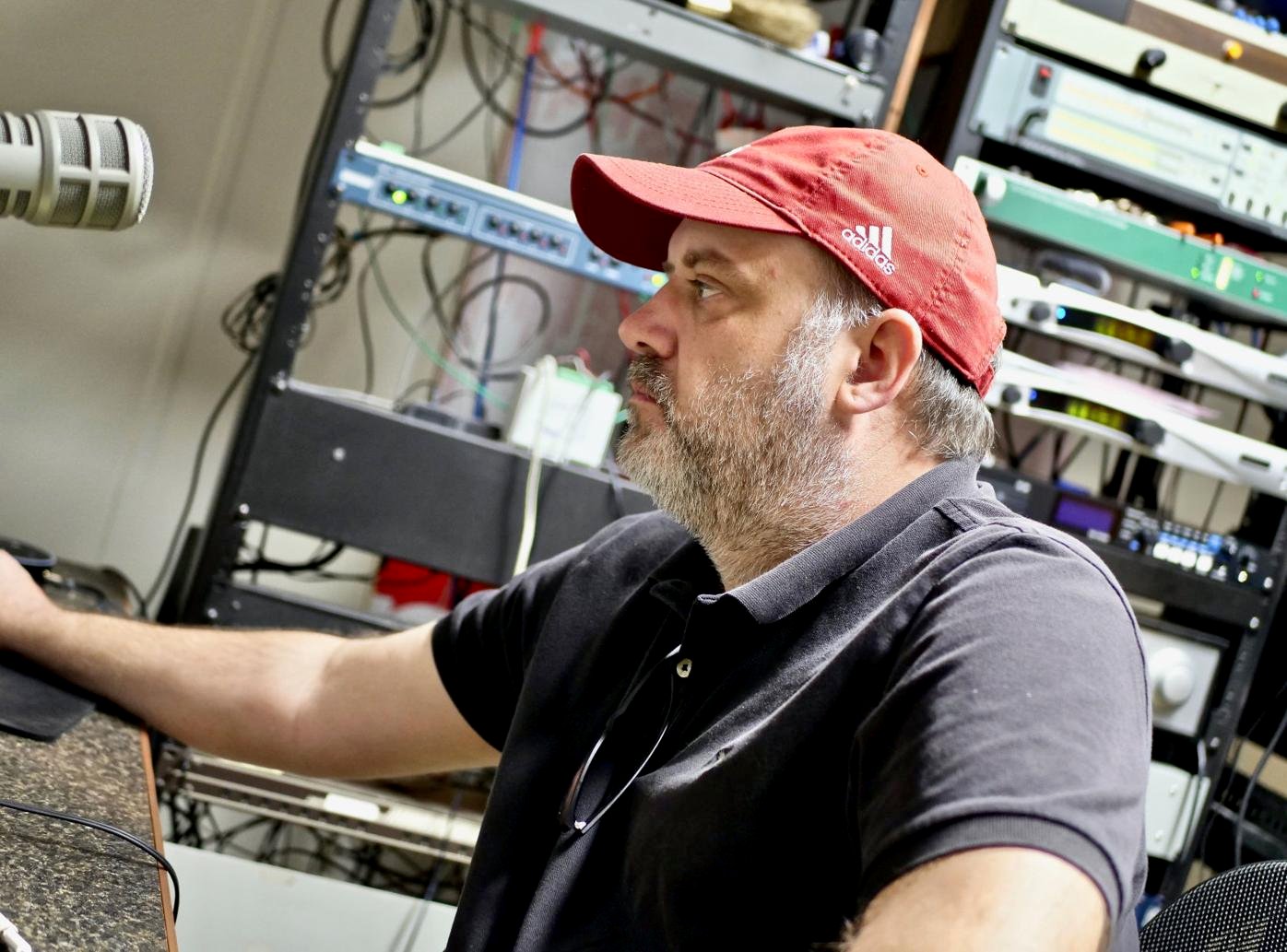 Chip Lynn, WLNT operator, loads programming for a church broadcast in his studio.

Chip Lynn, WLNT operator, loads programming for a church broadcast in his studio.

Local small business owners are beginning to slowly and cautiously reopen their doors to the public.

Ugly Mug Coffee & Cafe in downtown Lenoir City reopened the lobby April 27 for the first time in nearly a month.

“When this all kind of happened the last week of March, we saw a definite change in business,” Jessie DeRose, Ugly Mug manager, said. “We had to shut down our dining room and go to drive-through only, which was amazing that we had the drive-through. I mean, really, that was our saving grace. We definitely took every precaution we could to make sure that we were sanitizing frequently, we went to paper cups and we couldn’t use their own drinks.”

DeRose said the coffee shop hit a low point at the start of April but credited the inaugural Lenoir City/Loudon County Bear Hunt for bringing a resurgence of business.

“The first week of April was really quiet, but after that, the bear hunt got a lot of people running around and we had kind of a big boost in business,” she said. “It’s been pretty steady, and we’ve maintained a pretty good amount of business through the drive-through. This community has really stepped out for local businesses around here, and we really appreciate what they’ve been doing for us.”

WLNT Radio remained operational during the pandemic. Chip Lynn, WLNT operator, partnered with local churches to broadcast sermons while sanctuaries have been closed.

“We’ve had a lot of churches and preachers get on so they can minister to their congregation, so we saw an uptick in that, and really, that’s been the biggest change,” Lynn said. “We’ve shifted from more sports over to more news coverage, covering the press conferences and working with the mayors and the schools to get information.”

Lynn said the station has remained financially secure. He has aired replays of memorable LHS baseball and football games on a weekly basis to drive up ratings.

“We picked up a couple of sponsors, and we’ve seen very good online listening numbers for that, so that’s been a boost, too,” he said. “I really haven’t seen any change. A lot of the underwriters we have on for our sports are on a perpetual deal, and so doing the replays accommodates making sure they’re covered, and we’ve actually picked up a couple of things because a couple businesses that have wanted to change their marketing plan a little bit.”

Nonprofits such as Loudon County Habitat for Humanity have continued to offer limited services.

“We classified as an essential business because we do construction activities as one of many reasons that we’re in that classification, but we have scaled back our operations for construction and our critical repair program,” Tony Gibbons, local Habitat executive director, said. “We’re taking a lot of the same precautions that we hear about on a daily basis from all different sources, whether that be the personal protective equipment, the masks or the social distancing.”

Many businesses are taking advantage of the CARES Act, which contains $376 billion in relief for American workers and small businesses.

“We were able to participate in the paycheck protection, which is amazing, it’s a huge help,” DeRose said. “We have the cafe here, and we’ve been able to run it as normal as far as staff and everything.”

Habitat relies heavily on funding from the community to support construction projects, but has seen a slight drop.

The Habitat ReStore funnels nearly 20 percent of funding and will continue to remain operational thanks to the small business loan.

“As those entities are faced with new challenges and economic shortfalls, we’re having to talk to them about whether or not they’re going to be able to keep their commitment,” Gibbons said. “So we’ve done that kind of analysis with each one of funding streams, whether that’s individual donors, if it’s the mortgages that come in on the Habitat homes. ... We were able to pursue that and get a payroll protection loan through Citizens Bank, and we’re very pleased that’s giving us the opportunity it was designed for. It’s allowing us to keep our staff in place and plan for our next two to six months.”