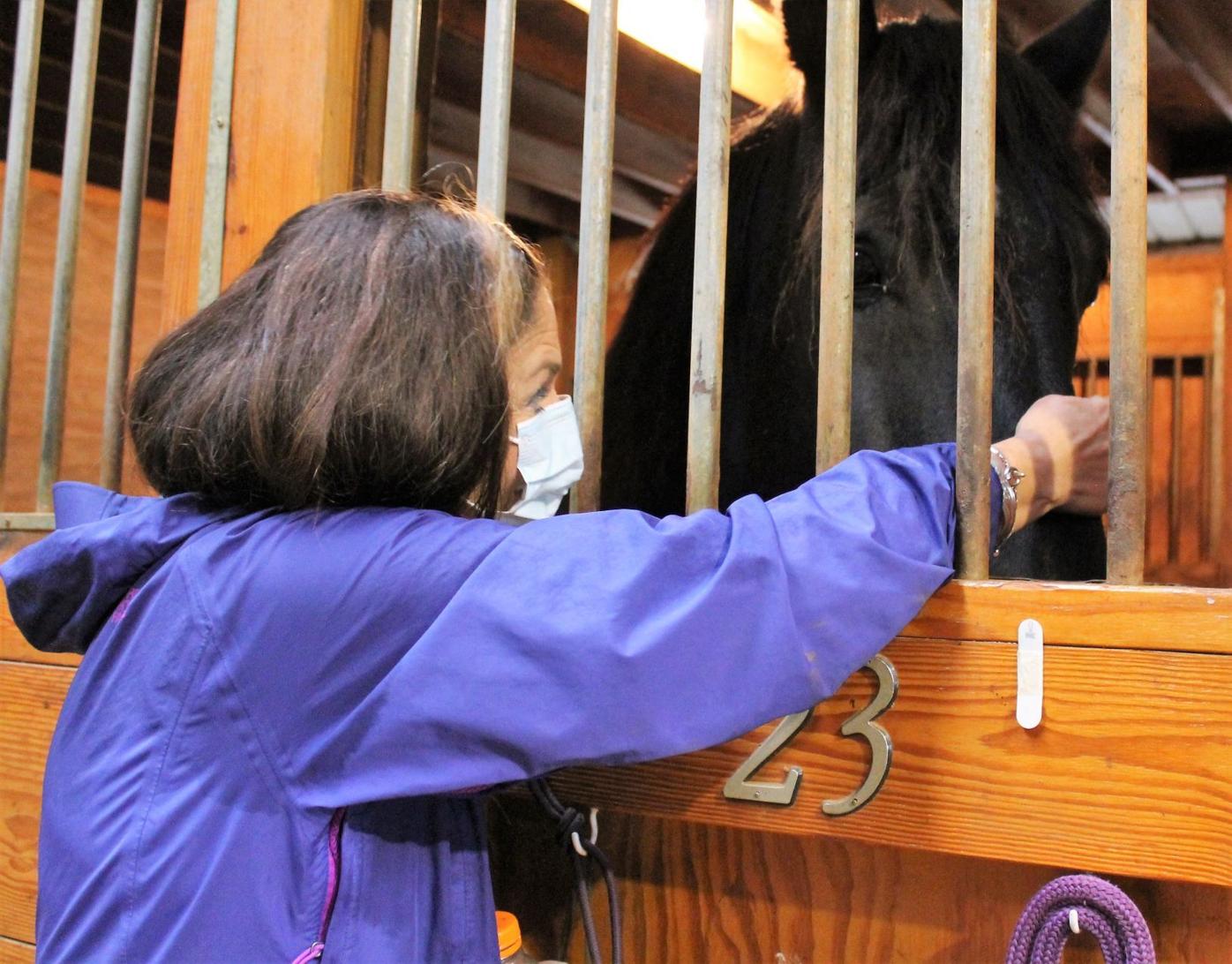 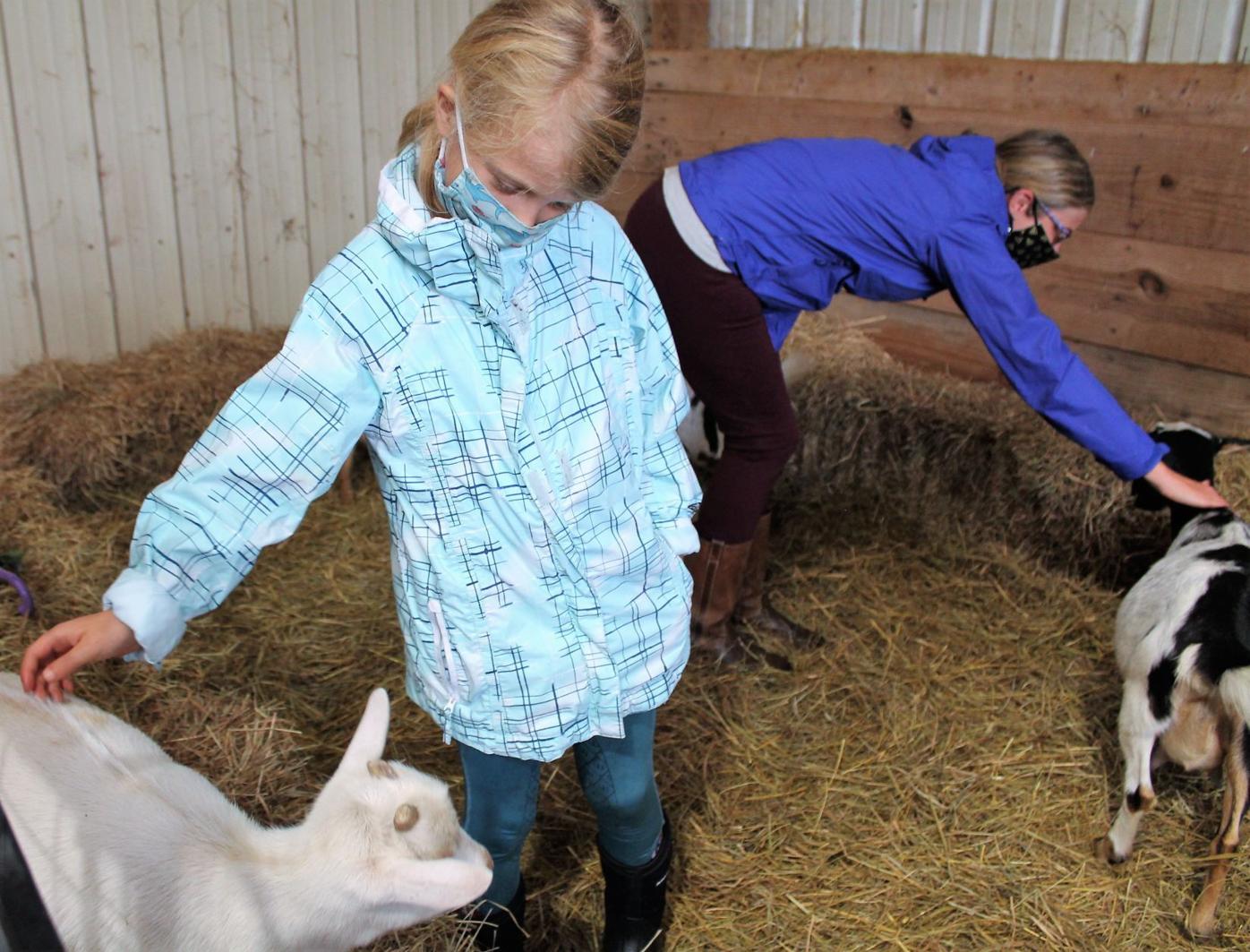 From 11 a.m.-4 p.m., various activities were offered to support the nonprofit organization.

“Our mission is to rescue, rehabilitate and re-home all types of equines — horses, donkeys, minis,” Becky Moses , Horse Haven board member, said. “As long as it’s an equine of some type, those are the kinds of God’s creatures that we want to try to help in whatever way we can. … Horse Haven has a history of 20 years of service to the state of Tennessee working in conjunction with law enforcement officials to rescue and transport horses who have suffered criminal cruelty and abuse to a safe haven. We have actually provided care for like 1,200 in the last 20 years.”

Plans were to hold the harvest fest and craft fair regardless of the weather. Because of the rain, the majority of the festival was moved inside the barn. Food trucks, a bake sale and registration table stayed outside under covers.

Williams wanted this year’s event to have an impact on the community so she partnered with Second Harvest Food Bank of East Tennessee. Elaine Streno, Second Harvest executive director, used to be Williams’ neighbor, so Williams asked her if she would be interested in partnering for the festival. Second Harvest brought a truck and collected canned goods from attendees. Anyone who brought a donation to Second Harvest received a swag bag provided by sponsor Grayson Hyundai Subaru.

Activities included a painting station for children to use watercolors to paint their own horse, cornhole and an artificial steer head for children to lasso. Horse-grooming demonstrations were also displayed.

COVID-19 concerns left Williams worried if the event was going to happen this year.

“We were waiting until the first of September to see how the whole COVID situation was going to see whether we were going to actually have the event or not,” Williams said. “If the COVID thing had just gotten completely and totally out of control, we would have pulled the plug and not done it.”

Despite coronavirus concerns and rainy conditions, Horse Haven representatives believe the event was a huge success for its second year.

“I was absolutely amazed at the turnout we had despite the weather,” Williams said. “One of the other board members was at the registration table with me, and it was his first time being at that event, and he kept saying, ‘Y’all have a huge following. Wow. Look how many people are here.’ It pretty much speaks for itself. It was great. We do not have a hard count on numbers at this point, but it appears fundraising-wise we are possibly going to exceed what we raised last year which is fabulous.”

Williams said volunteers are the “backbone” of the organization, but that’s not to say donors don’t also keep the nonprofit operational. On top of giving a lot of time and effort, many volunteers will use money from their own pockets to help with events and other materials.

“We have a very, very small staff of an executive director, adoption and operations coordinator and office staff,” Moses said. “We couldn’t do what we do without the volunteers. We have over 100 volunteers who come and take care of the care and feeding day in and day out of the horses that are in our barn. They do the hard work.”