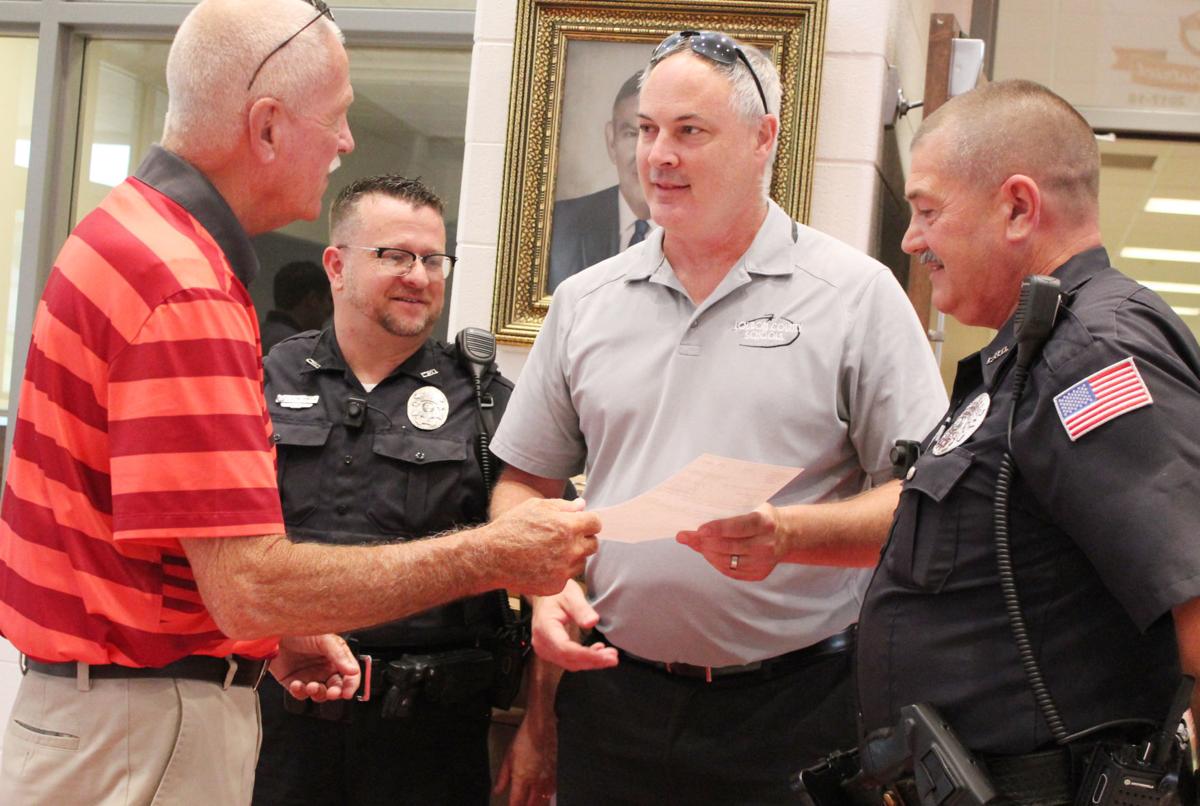 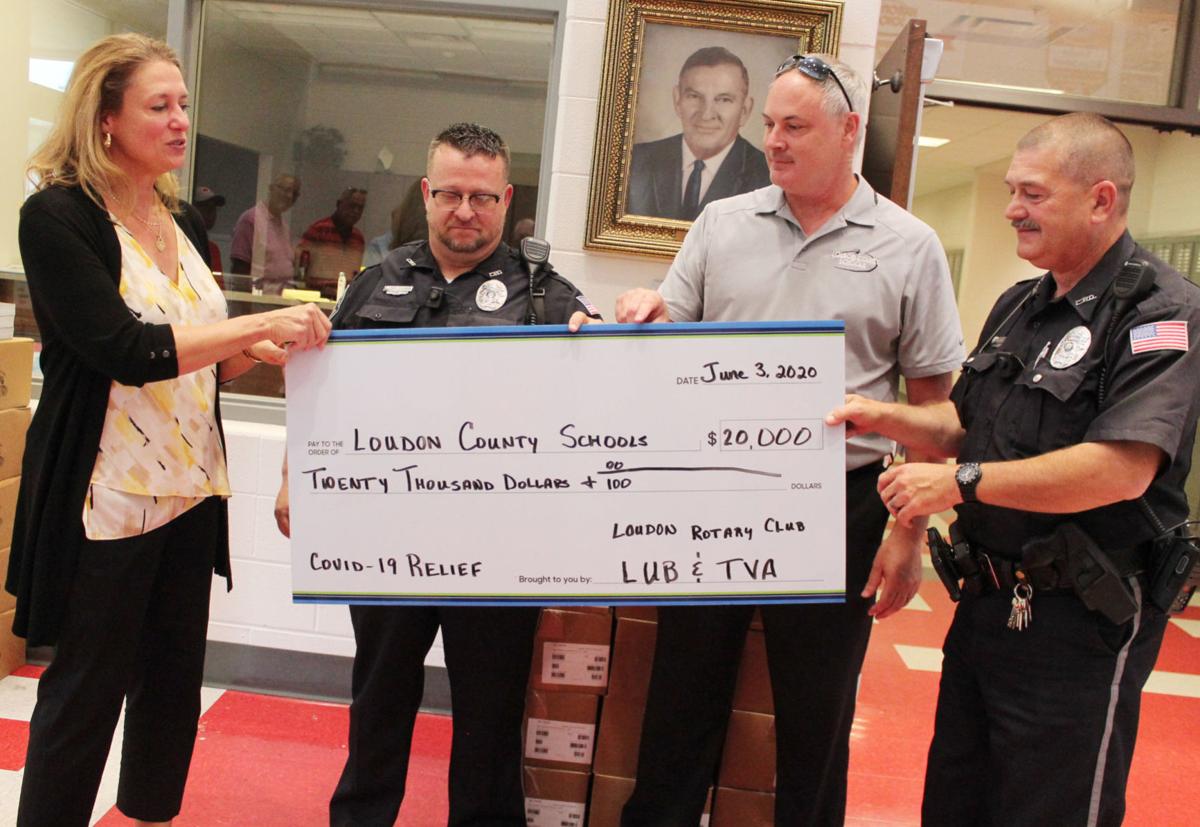 Through a partnership with Loudon Rotary Club, Loudon Utilities Board and Tennessee Valley Authority, $20,000 was recently given to Loudon County Schools for a variety of causes.

TVA in April announced it would partner with local power companies by offering $2 million in matching funds to support those impacted by COVID-19.

“When we saw what was happening with COVID we had several areas we were looking at,” Chari Cross Buckner, TVA customer service manager, said. “We set up a fund to help our local LPCs if they need it. We’ve set up funds to help businesses get back to business where we’ve given a credit if they had to shut down. ... What we’ve done, we’ve given $2 million to local power companies and communities in the seven-state Tennessee Valley area. The minimum a utility would get was $10,000 and then it was kind of pro-rated by number of customers, but it was matching, it was designed to be matching.”

“One of the requirements was to partner with a nonprofit, and Rotary met the nonprofit requirement as a 501(c)(3),” Ross said. “Of course, TVA likes to flow things through LPCs, so that makes the LUB connection, and it just made good sense locally. The question became if TVA has $10,000 that’s matched dollar for dollar, then that’s $20,000. The question became what do you spend it on in response to COVID-19? We made a decision early on to reach out to schools to see what their needs were because we thought that could touch the most lives.”

Summer meals through July will be financed with $15,000. The remaining money will go to infrared thermometers in schools and classroom sharing software.

This marks the second month Loudon County Schools has received a grant for its summer feeding program. The East Tennessee Foundation gave $10,000 in June.

As of June 3, the program had provided 115,792 meals, Michael Garren, county director of schools, said.

“I believe it shows that the need we’ve identified does exist and that we’re doing a pretty good job at meeting the needs for kids,” Garren said. “Being able to do that, and grants like these show the community thinks it’s important as well.”

Loudon County Board of Education member Kenny Ridings said the money would fill a big need.

“To these kids everything in the world,” Ridings said. “... Inside Loudon County there is a huge need because this is probably the only meal that some of these kids will get during the day.”

“It means a lot because when all this was kicked on, we’ve had a lot of households that we have two working parents and people have struggled and just watching the food deliveries throughout the community, all the kids love to see them coming and ... wait for the buses to come through and they’re ready to get their items,” Scott Newman, school board member, added. “But it’s just great. It goes right back in. To see I guess is the best part, how it affects people. That’s the good thing about it.”

Thermometers will be given to the schools for next year, Garren said.

“They’re pretty expensive right now,” Matthew Tinker, county high school supervisor and career and technical education director, said. “The one that we’ve been ordering are about $80 apiece, and so we’ll be able to get several of those that we can distribute to each of the schools when it comes time for school to start back up. We’ve ordered several already, and probably a couple hundred I think, and so right now a lot of those have been distributed to the athletic departments so that they can get the kids scanned more than one at a time so they can move quickly. You think about the size of Eaton (Elementary School) or North (Middle School) or the high school and how many thermometers they would need for when 800 kids show up to come in, it could take a really long time if you don’t have enough.”

A school startup plan has not been finalized, Garren said.

Remaining funds will go to purchase a phone app for Loudon Elementary School, which will let educators reach parents who don’t have internet access.

“You can set it up one way or it can go two ways where they just send out information and it’ll go to their phones, just an app on their phone,” Tinker said. “So even if they don’t have internet at home, as long as they have cellular service, they’ll be able to get all of the updates and information of what the kids have to do or what they need to do. It’s new technology, maybe a couple years old, and so they’ll be able to have it with every student that they have in the building.”

Ross said the effort falls in line with what the club wants to do for the community.

“Rotary is big into education, literacy and health,” he said. “It almost pales in comparison before COVID the largest international initiatives in Rotary was to vaccinate everyone from polio. Health and education combined here with schools and disease prevention.”