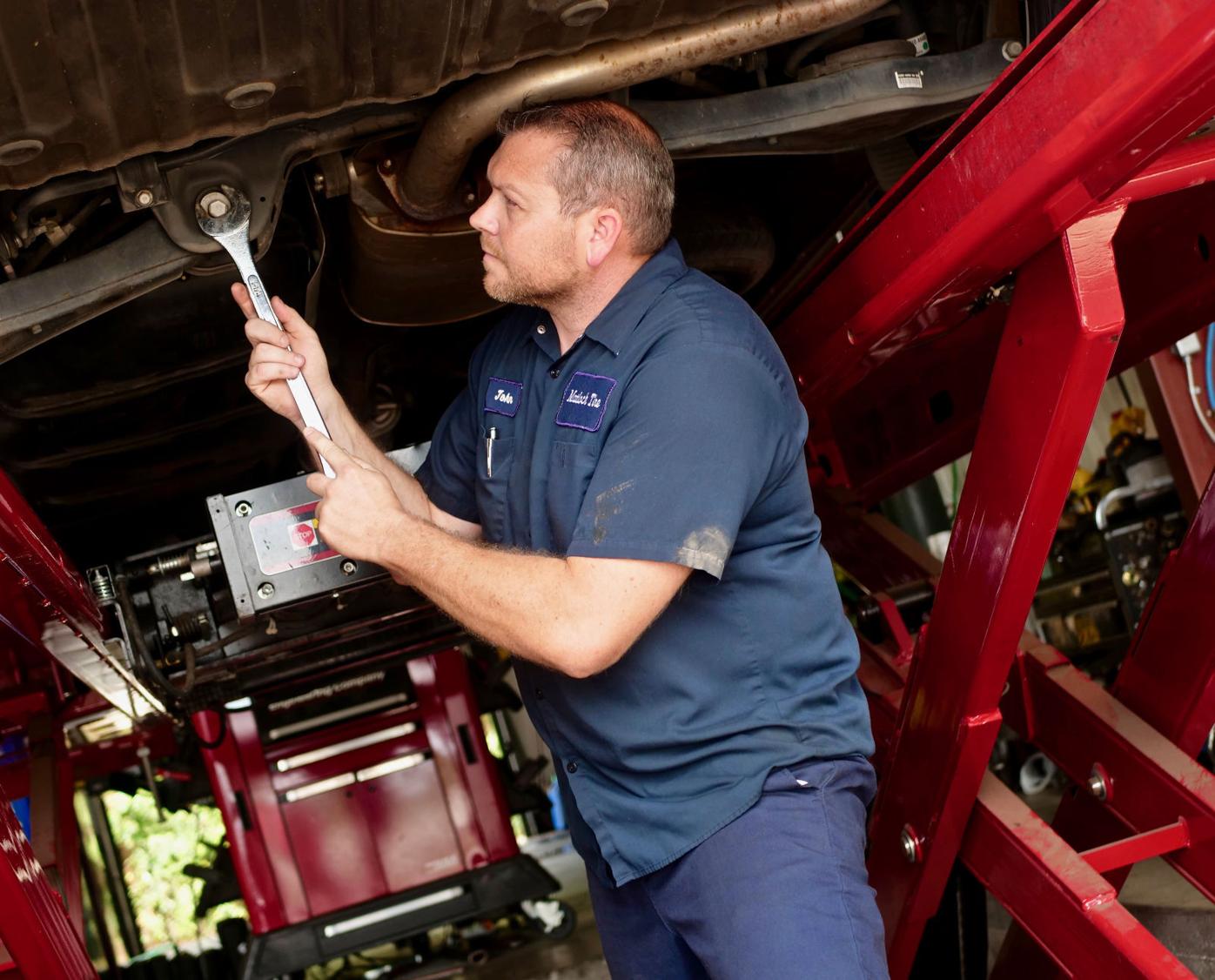 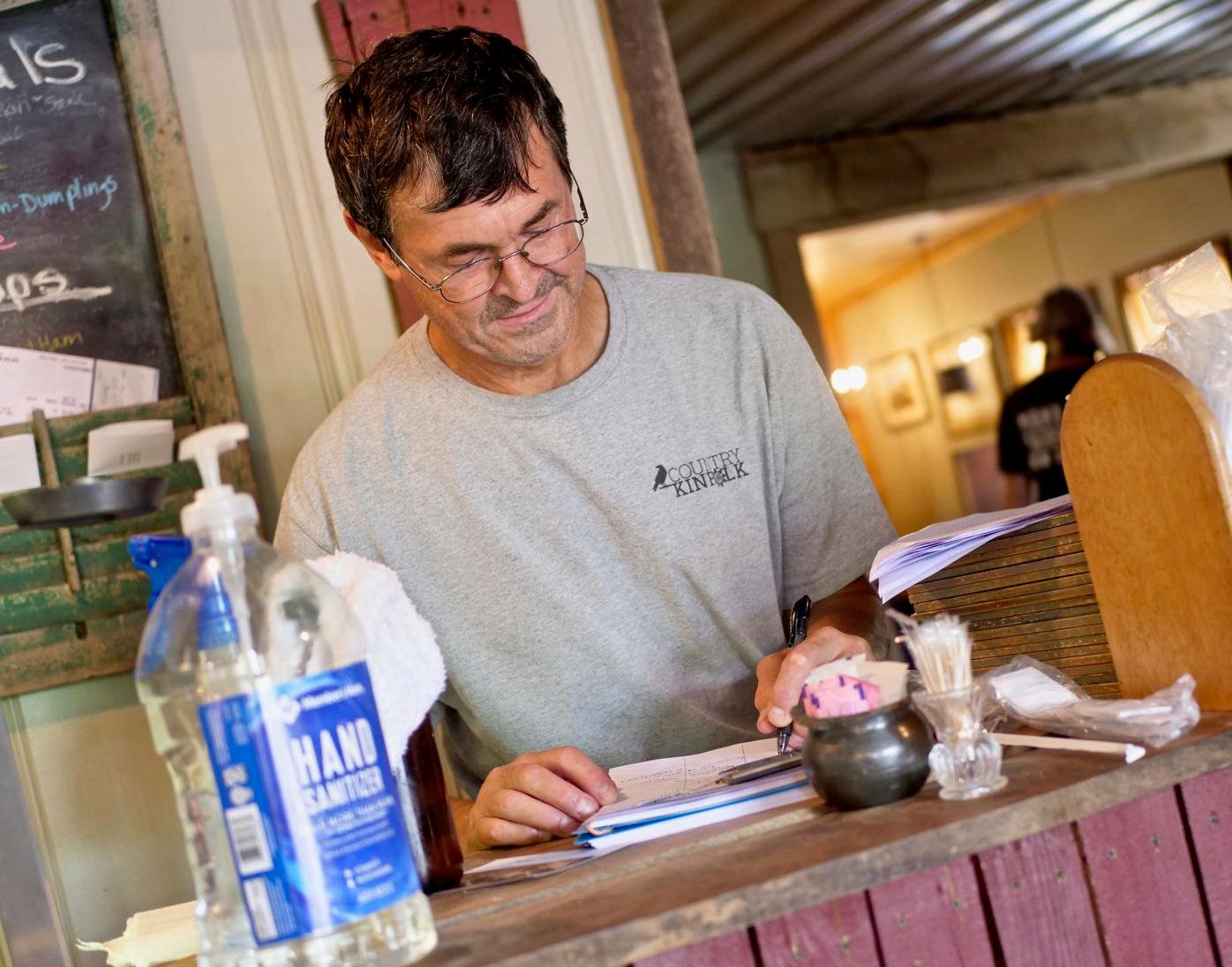 The COVID-19 pandemic has taken a toll on thousands of businesses across the country, but many in Loudon County are weathering the storm and returning to a sense of normalcy.

“We began 2020 for the first 10 weeks with record sales, and then we went into incredible lows, like every other business,” he said. “When they first came and the economy opened back up, we returned to record sales from May to July. August has kicked back as it normally does as school starts, but we feel very blessed that our business in Lenoir City has been very good. You say that rarely because it feels really difficult with other businesses being down and some even closed, so I’m a little hesitant to sound a little bit boastful just to say we’ve been very, very fortunate.”

Local restaurants felt the same negative impact when dining rooms shut down. Country Kinfolk Cafe in Lenoir City was one of dozens of restaurants that turned to take-out to help stay afloat.

Steve Riggs, Country Kinfolk Cafe co-owner, said business gradually picked back up during the summer after reopening in a limited capacity.

“We’re still running all the COVID procedures, so one door in and one door out, all the employees still wear masks,” Riggs said. “I would say that sales-wise, we’re probably at 40-60 percent of pre-COVID days. For a while there, we did a big to-go business, but it seems like people are out and about more than they were. We still have a lot of pick-ups, but we haven’t been doing as much in terms of delivery. They’re much more willing to come in more than they were three months ago.”

Many tourists and visitors stay in hotels and motels on Highway 72 in Loudon each spring. Local occupancy rates took some of the largest hits in the spring but have slowly recovered as more people are traveling again.

“At the beginning of the shutdown in mid-March, we started to see a decline in people traveling,” Anit Patel, La Quinta Inn and Suites owner, said. “Around mid-May or early June, we started to see more people traveling again but not near as much as like what it was last year and the year before that. Business is not where it was last year or the year before that for sure, but it’s coming back. It’s a very slow process, I think. With a lot of companies going back to work from home and business doing work from home, we’re starting to see a lot of those corporate clients that were used to traveling not anymore because they’re doing everything from home.”

For local golf courses, sales have been “through the roof” during the pandemic.

“July was another tremendous month and we did around 13,000 rounds again for all three courses, which roughly equates to around 4,500 rounds per course,” Chris Sykes, Tellico Village director of golf operations, said. “Year to date, we’re at 56,000 rounds and around 11,000 rounds above budget, so we’ve been extremely busy. Again, it’s a team and community effort and we’re extremely blessed with some reasonable weather. We’ve been unbelievably dry and what rain events we’ve had have been timely.”

As businesses begin to shake off the dust, many owners and employees are still abiding by local and national health guidelines.

“We’ve been very fortunate at all of our facilities because we put porches on to incorporate areas for people to enjoy the outdoors,” Matlock said. “Our customers really enjoy going outside, and now feel more comfortable going outside. We did it for people who like to sit outside and sit in rocking chairs outside, so it really just transitioned into a good alternative for people who want to social distance and get away by themselves. We were set up just perfect to that scenario.”

Riggs said his restaurant has continued the extra cleaning measures.

“We’re sanitizing, we’re not running our salad bar, we’re doing disposable plates and silverware so that we’re not taking stuff back and forth,” Riggs said. “People seem to like that idea. We have quite a few guests that say we’re the only place they go when they leave the house.

Owners are hopeful to “get back to normal” soon.

“October is usually a pretty good month for this area because of the colors of the leaves changing and with fall breaks and things like that, a lot of people travel this way,” Patel said. “Projections for the hotel industry as a whole, they say that the hotel industry won’t be back to where it should be until 2023. That goes for the travel as far as the airline industry as well. I’m hopeful that it comes back sooner than normal.”