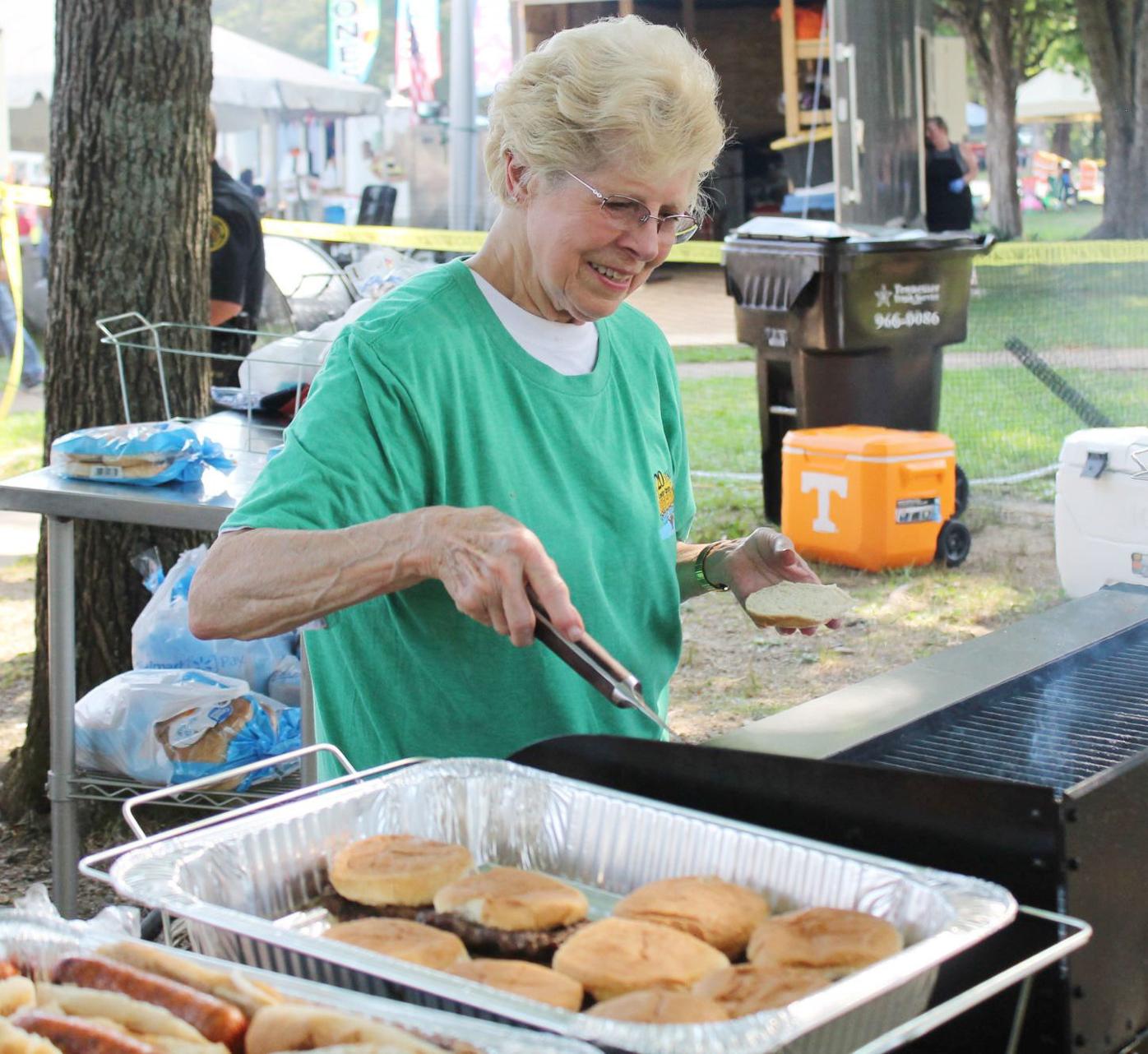 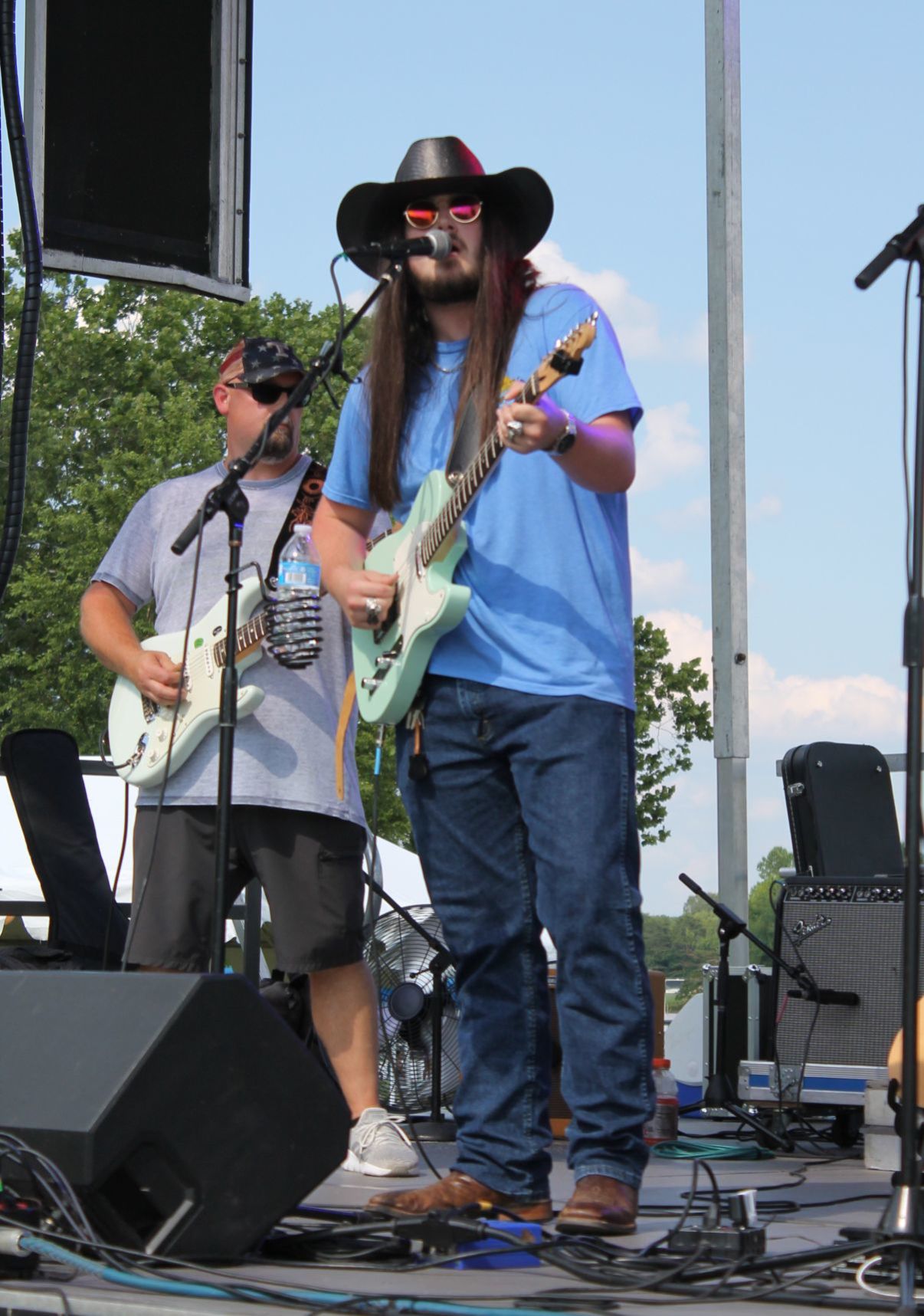 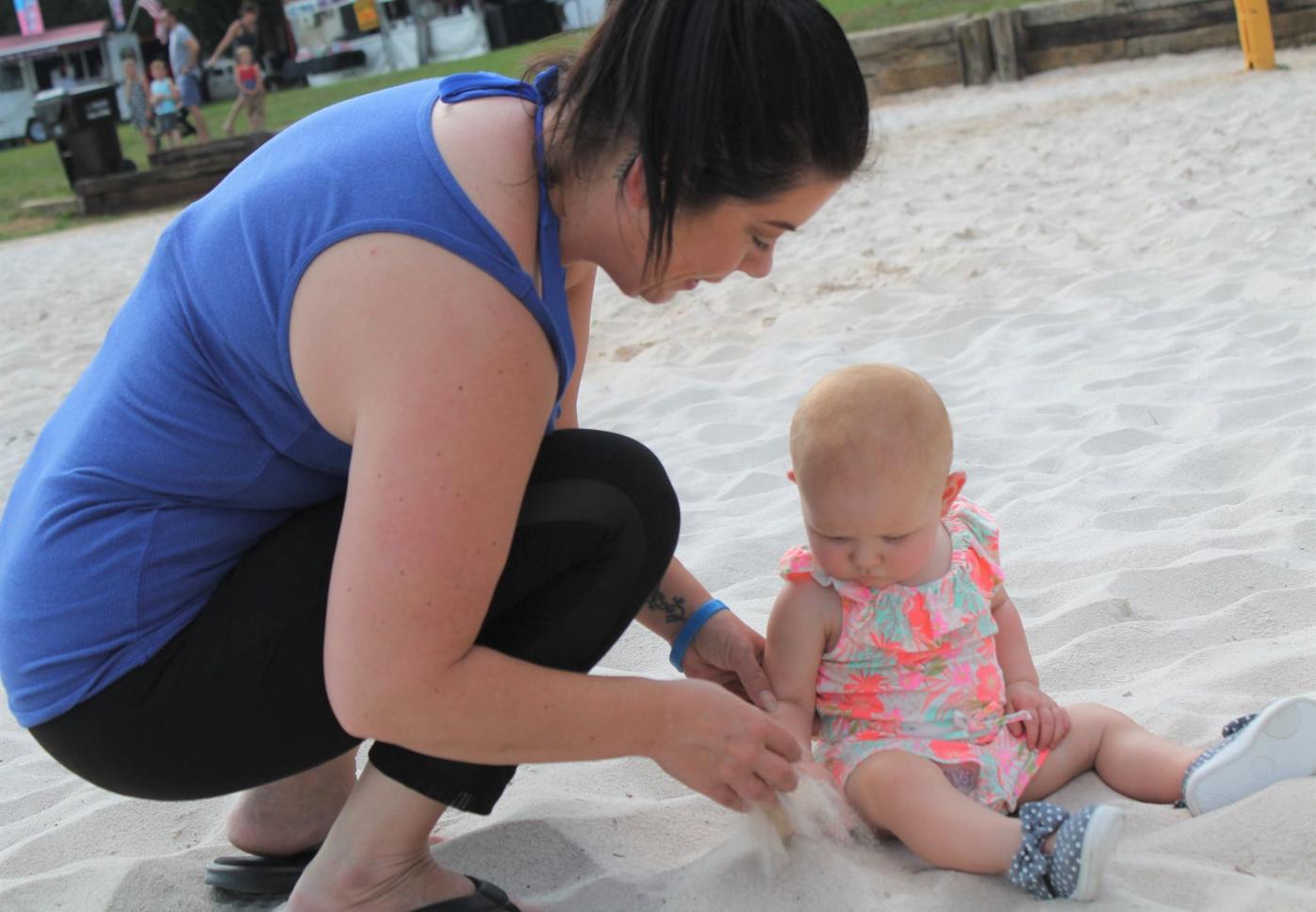 Jamie Piper, left, and Sophie Dunlap play in the sand on the volleyball courts at Lenoir City Park. 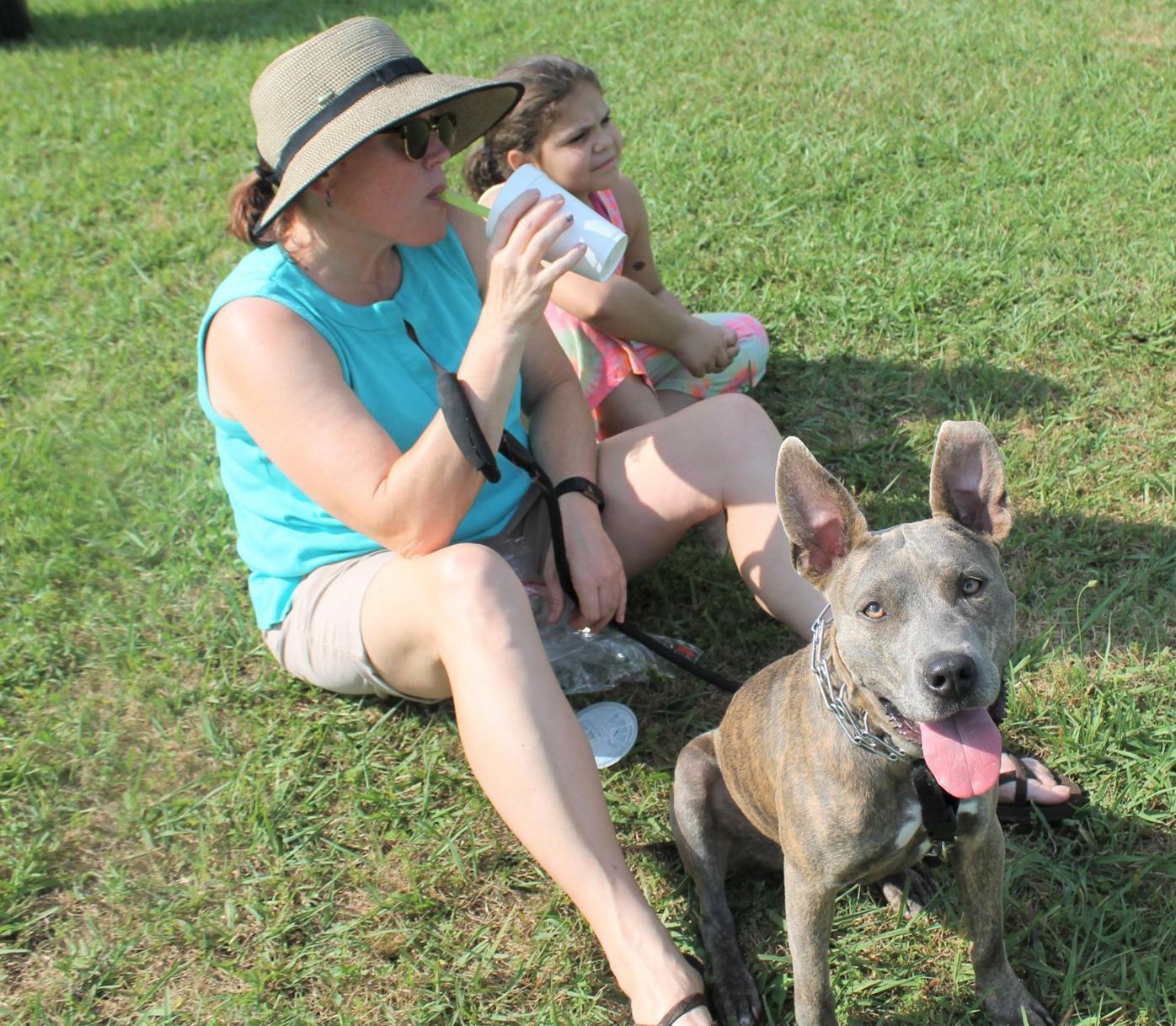 Jennifer Johnson, left, and Chloe Walker listen to The Ethan Vincil Band while they wait for the fireworks.

Jamie Piper, left, and Sophie Dunlap play in the sand on the volleyball courts at Lenoir City Park.

Jennifer Johnson, left, and Chloe Walker listen to The Ethan Vincil Band while they wait for the fireworks.

Crowds gathered on a sunny, hot Saturday in Lenoir City Park for fun and fireworks during the 20th annual Rockin’ the Docks.

Locals and others from outside the county gathered on land and water to enjoy a night of live music, food and fireworks. Live music began at 5 p.m. before the fireworks started at 10 p.m.

The celebration was a combination for Memorial Day and Fourth of July because May’s Rockin’ the Docks was canceled amid public safety concerns. At 8 p.m., a small ceremony was held “in tribute to veterans and doctors, nurses, first responders” who have been on the front lines during the pandemic, Zack Cusick, Lenoir City Parks and Recreation Department program coordinator, said.

Cusick said the plan was to make this year’s celebration special because of the 20th anniversary, so everyone was asked to stay until the end of the fireworks for a surprise.

“So basically what it is, it’s called a fake finale,” Cusick said. “So we have the entire firework show tuned and programmed to music. At about the 20-minute mark is normally the length of the show, and then the music will stop and we’ll have a finale similar to normal. Then we’ll have about a 10- to 15-second pause, and I know that doesn’t sound very long, but we ask that everybody stay, because if they start floating away or going off on their boats or cars, they’re going to miss the big finale. … That’s when we’re going to blow out all the extra fireworks that we paid for.”

No taxpayer dollars are spent in purchasing the fireworks, which Cusick reported cost about $27,000. A general rule of thumb for large fireworks shows is to spend at least $1,000 for every minute of show time, Cusick said. Sponsors play a big role in making the show happen.

Cusick said he had some people call and ask about safety precautions during a pandemic.

“What we’ve been able to tell them, we’re not forcing anyone to come, obviously,” he said.

Hand sanitizer stations were placed around the field, and people could wear masks if they wanted. Extra restrooms were ordered for the event to cut down on line lengths and the chance of interaction. Cusick said he also trusted the public to use common-sense practices like staying within a family unit and maintaining distance from other families.

Lenoir City resident Katosha Wilson said she was concerned the event would be canceled. For her, the fireworks show is a tradition.

Cusick said despite coronavirus concerns, the event had a good crowd starting early.

“The first band filled up the field area about halfway with a good amount of crowd coming for them,” he said. “Food vendors seemed pretty steady and packed toward the end of the night. We actually ran out of overflow parking spots toward the end of the night about 9 p.m. So with an hour to go until fireworks, we kind of ran out of parking, which is always a good problem. We had a lot of boats in the cove pretty much the entire day and then obviously got more packed in there toward the fireworks. Overall, I’m pretty satisfied with the turnout considering everything going on.”

Offer a personal message of congratulations...

You'll find individual Guest Books on the page with each announcement. By sharing a positive thought you add happiness to the lives of those who are reaching a new life milestone. If you have an existing account with this site, you may log in with that below. Otherwise, you can create an account by clicking on the Log in button below, and then register to create your account.