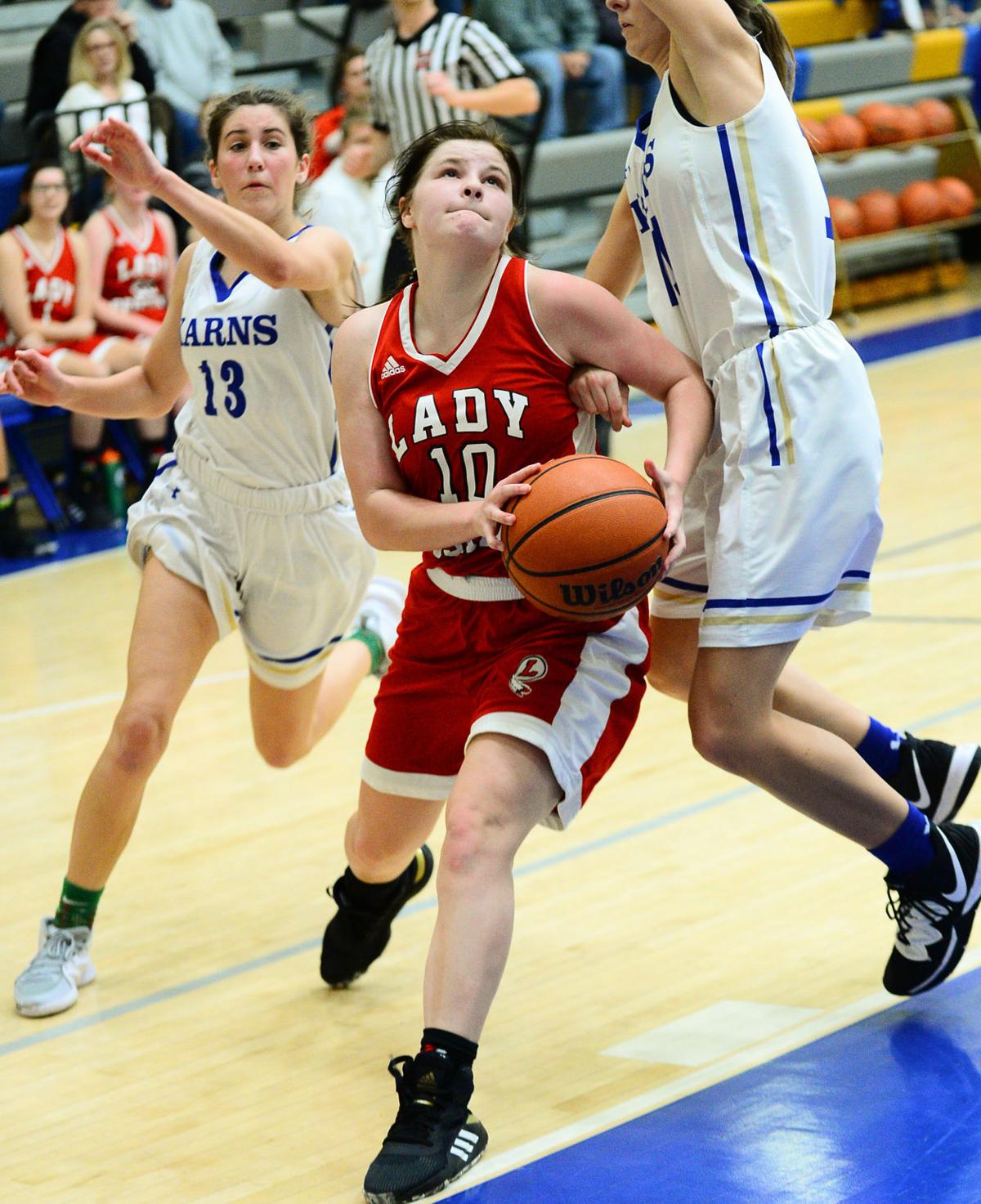 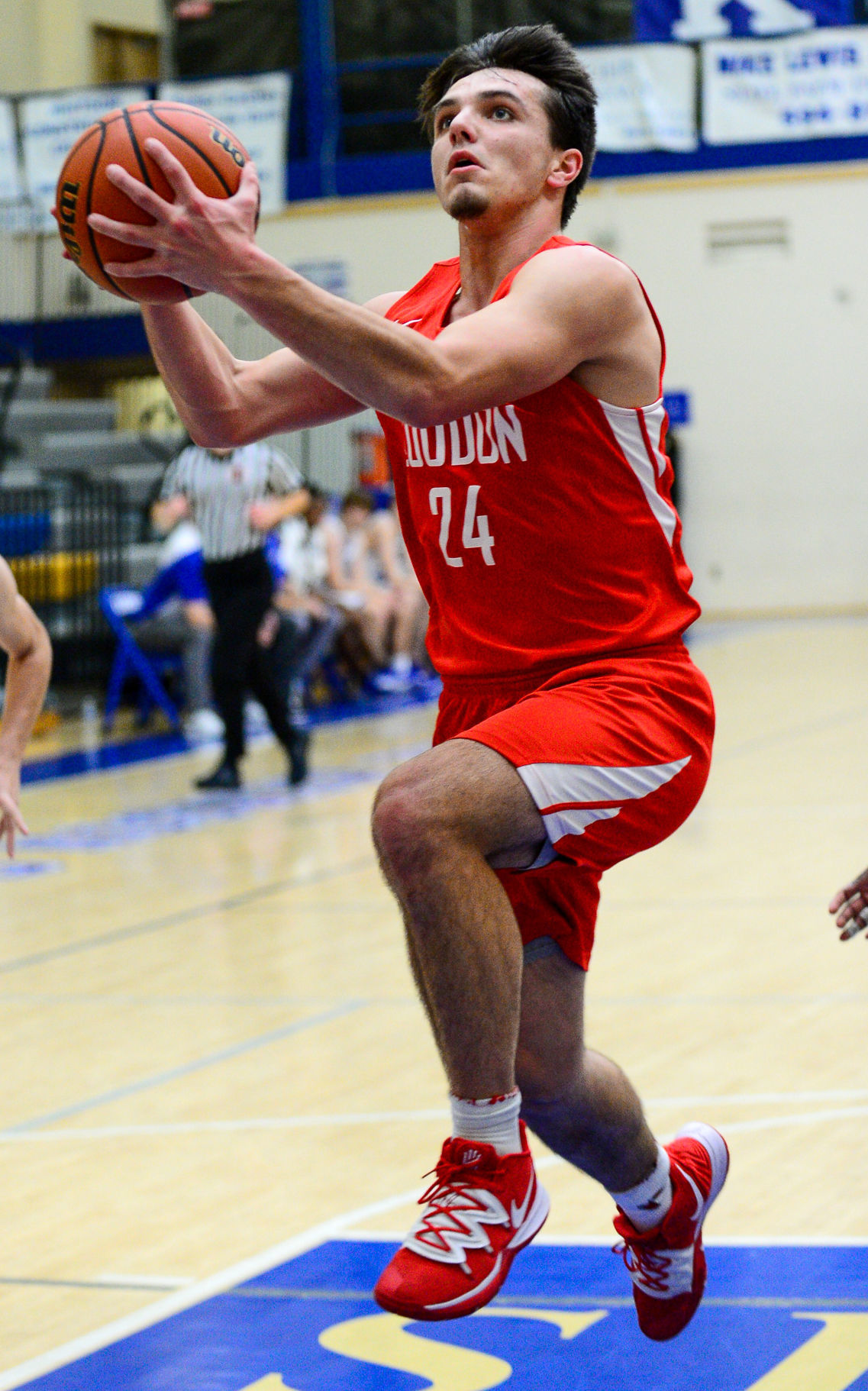 The Loudon High School boys and girls basketball teams wrapped up a three-game week Friday night, looking to pick up a non-district win on the road at Karns High School.

The Redskins led as much as eight in the second quarter and maintained the lead heading into the fourth quarter, but the Beavers’ late press forced several turnovers and shifted momentum.

“I expected press, they pressed a lot in film,” Josh Graves, LHS boys head basketball coach, said. “They pressed a lot earlier in the game and switched away from it, and they went back to it. I thought we were passive late against the press, and if I were them, I would’ve stayed in it, too. When you’re playing a team as fast as they are, you’ve got to move it quick — step with your passes, step and attack and we didn’t necessarily do that late in the game.”

The Beavers went on a 5-0 run to start the fourth quarter and gain the first lead 40 seconds in. The Redskins received some help with buckets by Broady Harrison and Tyler Whitfield, but it was too late down the stretch.

“They made some really tough shots, and I thought our defensive focus, rotations and stuff, went away just a little bit late,” Graves said. “They’re just making some crazy shots, but I felt that, defensively, we weren’t rotating correctly. We come off the ball side one time and gave up an easy three look — just mental breakdowns that you can’t have in a game that’s that type.”

“Pretty much just give me the ball and get it across half court was our plan,” Donovan Blankenship, junior guard, added. “We were careless with the ball some, and we’ve just got to take care of it better. They started pressuring us, and we had some turnovers, a lot of bad passes, our shots weren’t falling as much and we thought the refs weren’t calling it, so I think that really cut our lead.”

Whitfield led the Redskins with 21 points, followed by Blankenship with 15.

“I think he’s done a good job,” Graves said. “I kind of told him, challenged him to have a big game for us tonight. Honestly, some of this is on me. I don’t think our personnel doesn’t quite match the pressure-style basketball we played last year, so we’re going to look at some changes over the break and see if that’ll help us win some of these tight games that we’ve come up short in.”

The Redskins picked up a big 63-29 win over Greenback on Dec. 17 and fell 53-52 Thursday against District 5-2A rival McMinn Central.

Loudon will look to rest over the Christmas break before heading to Cleveland on Jan. 2 for a tournament.

“Well, we’ll finally get to rest because we’ve had back-to-back games,” Blankenship said. “We’re going to go into the Christmas tournament to try and get some wins, get back on the winning side.”

For the Lady Redskins, Friday’s win over the Lady Beavers came at right time before the break. The offense was bolstered by 11 three-pointers.

“It was great for the girls to get rewarded on the scoreboard tonight and get a win going into Christmas break. They put a lot of hard work into it,” Josh Brannon, LHS girls head basketball coach, said. “I mean, just staying the course. We shoot it a lot every day, so I thought our shot selection was better across the board.”

Carrie Pittman led the charge with 20 points, followed by Molly Russell with 16.

“I mean, their stat line doesn’t even describe the impact they have on the game,” Brannon said. “The practices every day, they’re a big portion as to why our players are playing hard.”