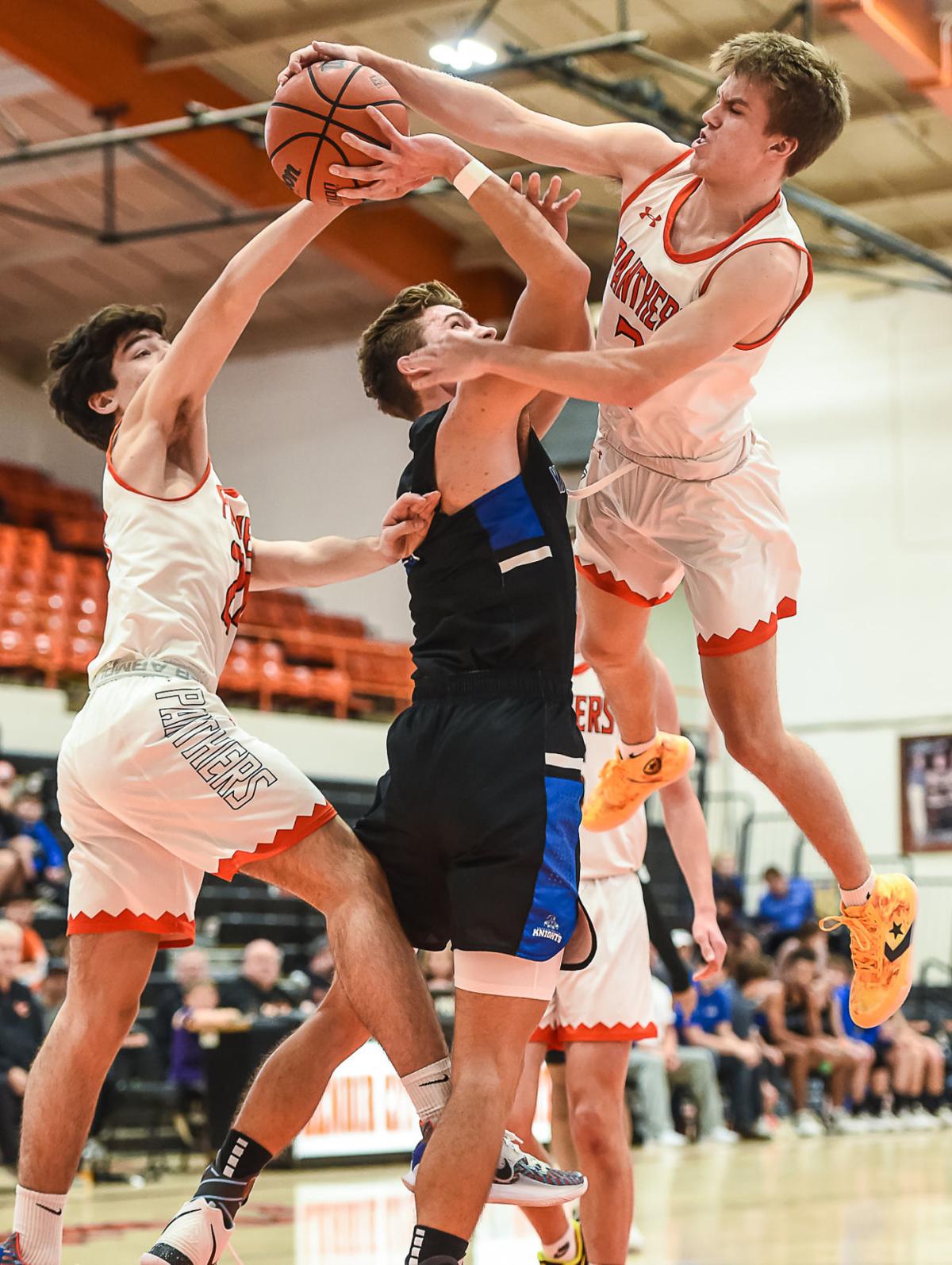 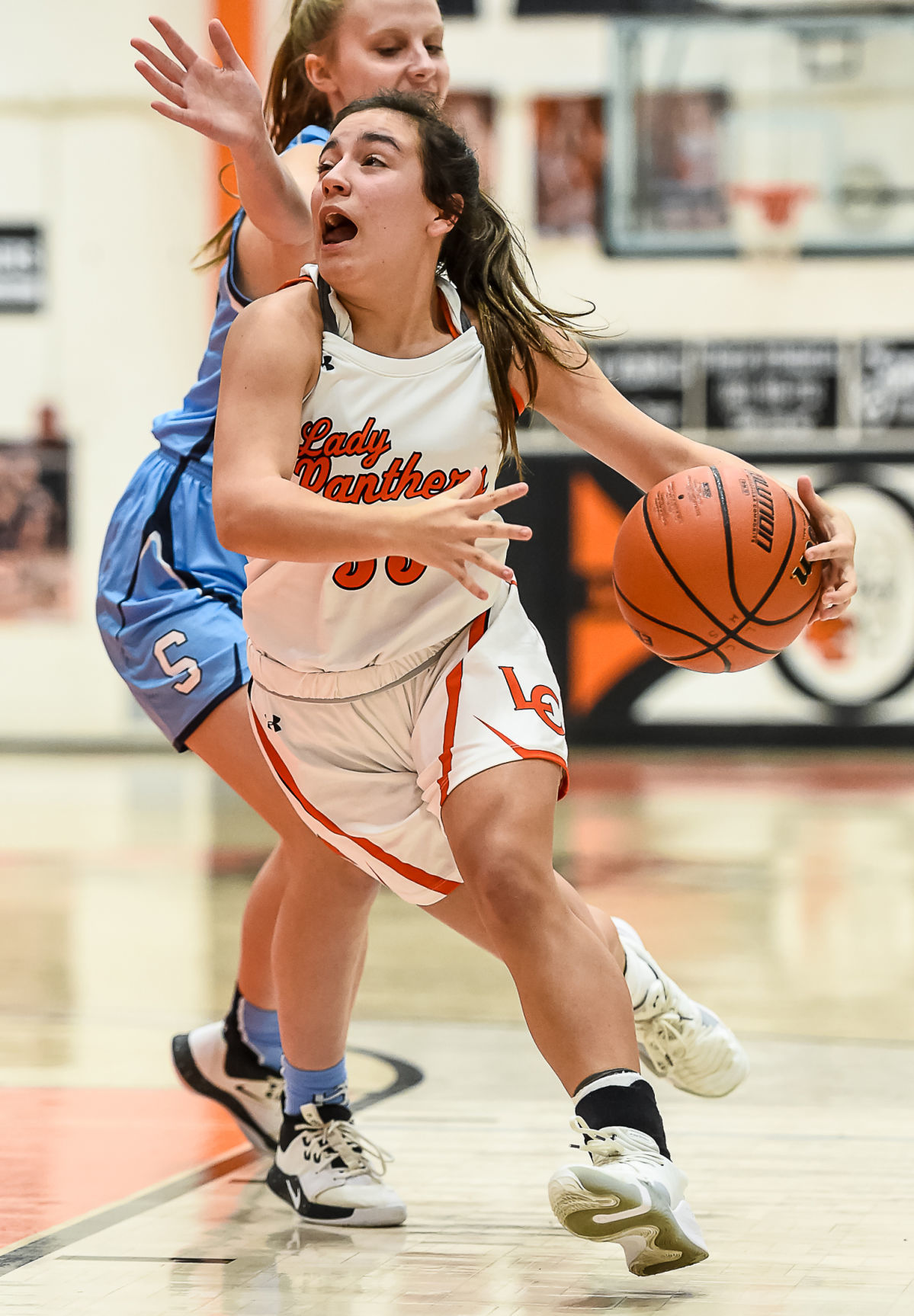 The Lenoir City High School boys and girls basketball teams competed against teams from East and Middle Tennessee in the school’s first Christmas tournament since 2015.

“It’s good, I mean it helps us raise a little bit of money,” Tim Smith, LCHS head girls basketball coach, said. “Our kids don’t have to travel, we get to play on our home floor and I look at this like practice competition. You get to play against somebody else that challenges you a little bit and do some things that you need to work on against the district teams. It’s good, we’ve got a lot of good teams here.”

The Lady Panthers (4-10) started the tournament Thursday with a tough 53-31 loss to the Sullivan South Lady Rebels but bounced back Friday with a 56-45 win over the Karns Lady Beavers.

“We come out (against Sullivan South) and we missed probably seven or eight shots,” Smith said. “We started hanging out at the three-point line and relying on that. We just couldn’t shoot the ball well, so we didn’t get any second easy shots. I think it (was) 10-0 after the first quarter, they weren’t killing us, but we just couldn’t score. The second half, we picked it up, picked up our aggression. We let failures dictate sometimes how we see things, and that’s usually the sign of a very young or immature team.”

Lenoir City jumped out to a 13-0 lead over Karns to start the first quarter and held a 24-15 lead at the break.

The Lady Panthers added 13 points in the third quarter and limited the Lady Beavers to six.

“We made our first two shots, so for us making shots, we decided we were going to press and it probably got us going a little faster and getting more motion,” Smith said. “Hitting those first two shots was big, and it kind of caught them off guard. They turned the ball over and we got up on them pretty quick. If we’re shooting well, we play well; if we’re not shooting well, we’re not playing well.”

“We’re actually trying to put her (Jenkins) in a point guard mode and kind of switching things around a little bit, and she’s really starting to kind of gravitate toward that,” Smith said. “She’s real physical, she can handle some of the point guard things. ... Emma’s a tough, physical kid, and I really like her at the one. Then we’ve got little freshman Natalie Johnson, she does a good job also. We’ve got a lot of kids learning.”

The Lady Panthers will take a few days off this week before their next game Friday at Knoxville Halls High School.

After uneventful free-agent period, Packers turn to draft — with hope for more roster help later on

Columbia golf community reacts to absence of the Masters Tournament

Lenoir City (5-9) was originally slated to start the tournament late Thursday, but after Knoxville Christian did not show up to play the morning game against Walker Valley, the Panthers stepped in and played.

Burns managed to assemble six players on a whim in a tough 71-53 loss to the Mustangs.

“It was tough, I mean the guys played well, especially for scrambling because we thought we were playing at 8:30 and we had a team that wasn’t going to change up, so we had to change to 11:30,” Burns said. “At 10:45, 11 a.m. I’m calling, waking up kids and getting them out of bed. When we started, we had five guys and Scory (Correa) got here about the middle of the first, second quarter. The guys played well in the first half, but the second half they started hitting some threes and made a couple of turnovers. Overall, they played really well.”

The Panthers responded Friday with one of their best offensive performances of the season en route to a 60-46 win over Knoxville Christian.

The Knights took a 17-9 lead to start the second quarter, but the Panthers strung together an 11-0 run to knot the score up 22-22 at halftime.

“In the first quarter, we turned it over a little bit, missed layups and we wanted them to shoot, so we went to a 2-3 to pack it in and have guys cover up the high posts,” Burns said. “On offense, we moved the ball well.”

Lenoir City carried momentum into the third quarter with two three-pointers by Correa and three by David Ross to take a 41-26 lead heading into the fourth quarter. Mason Guider led the team with 10 points down the stretch to secure the win.

Fifteen of Correa’s 16 points came from the three-point line.

“Whenever I just hit the first one, I felt like, ‘Why not just keep shooting,’ and before this, I had just been working in the gym, especially before the tournament,” Correa said. “We were just spreading the floor because they were running and jumping, so we spread it, moved it real quick, got it up court ... we got one man, drove and kicked.”

Following a 10-point loss to William Blount on Dec. 13, Burns has noticed a different team on the court.

“About the third or fourth quarter of William Blount, they’ve played well,” he said. “We’re getting better every day. Basketball is a long season and it can be a grind, so you can’t get too high or too low.”

“Just having a winning mentality, you know, when you’re in a culture of losing, you’ve got get in a mindset to fight the adversity and just got to be more mature throughout the season,” Correa added. “I think that’s what we’re doing.”

The Panthers’ next game is at 7:30 p.m. Friday at Knoxville Halls High School. Lenoir City defeated the Red Devils 69-43 in the previous contest.

“We’ve got a couple of games coming up, so we’ll have a couple of practices,” Burns said. “We’ll give them a couple of days off after this tournament and after New Year’s, we’ll pick back up and get ready to get back into district play and keep getting better.”