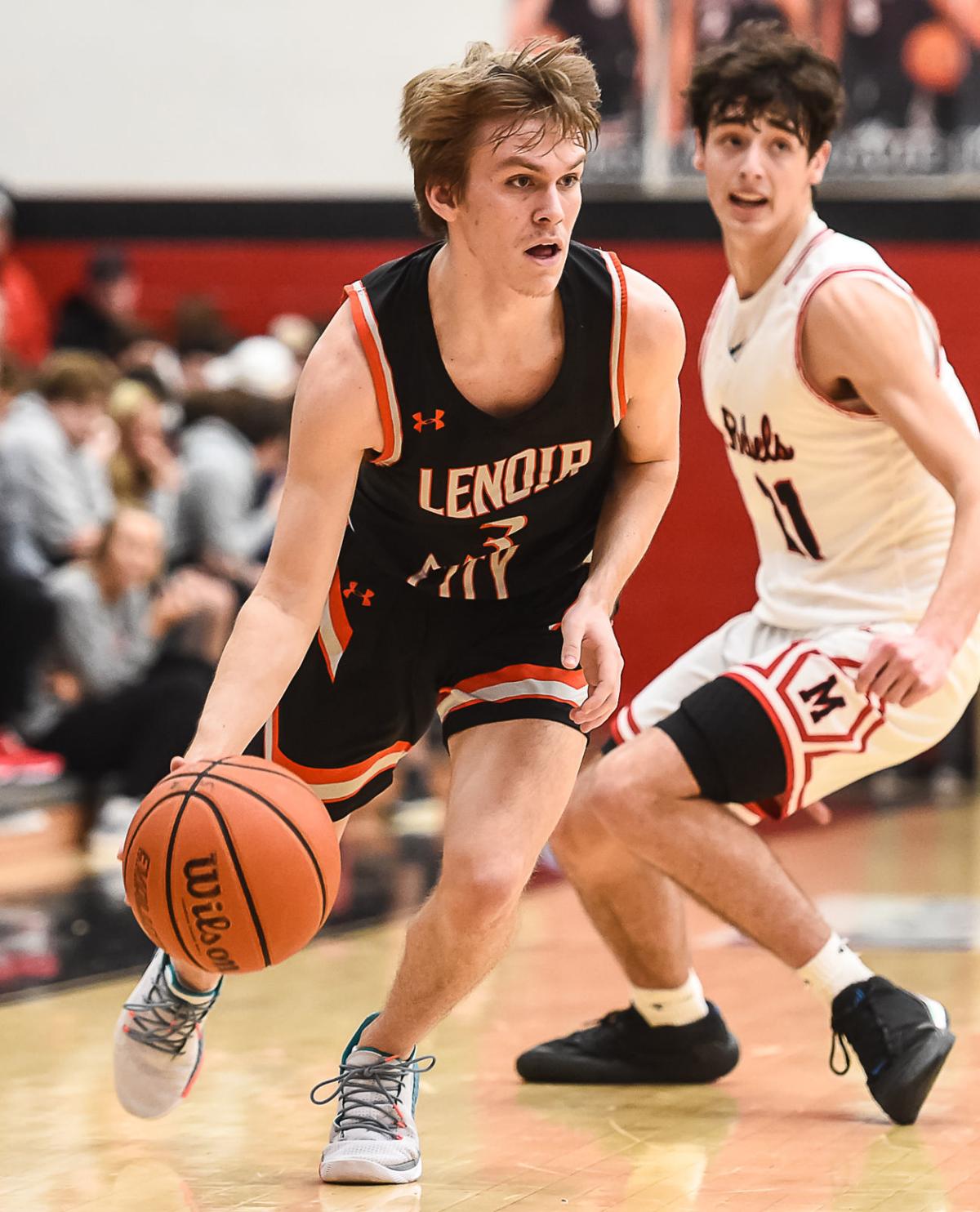 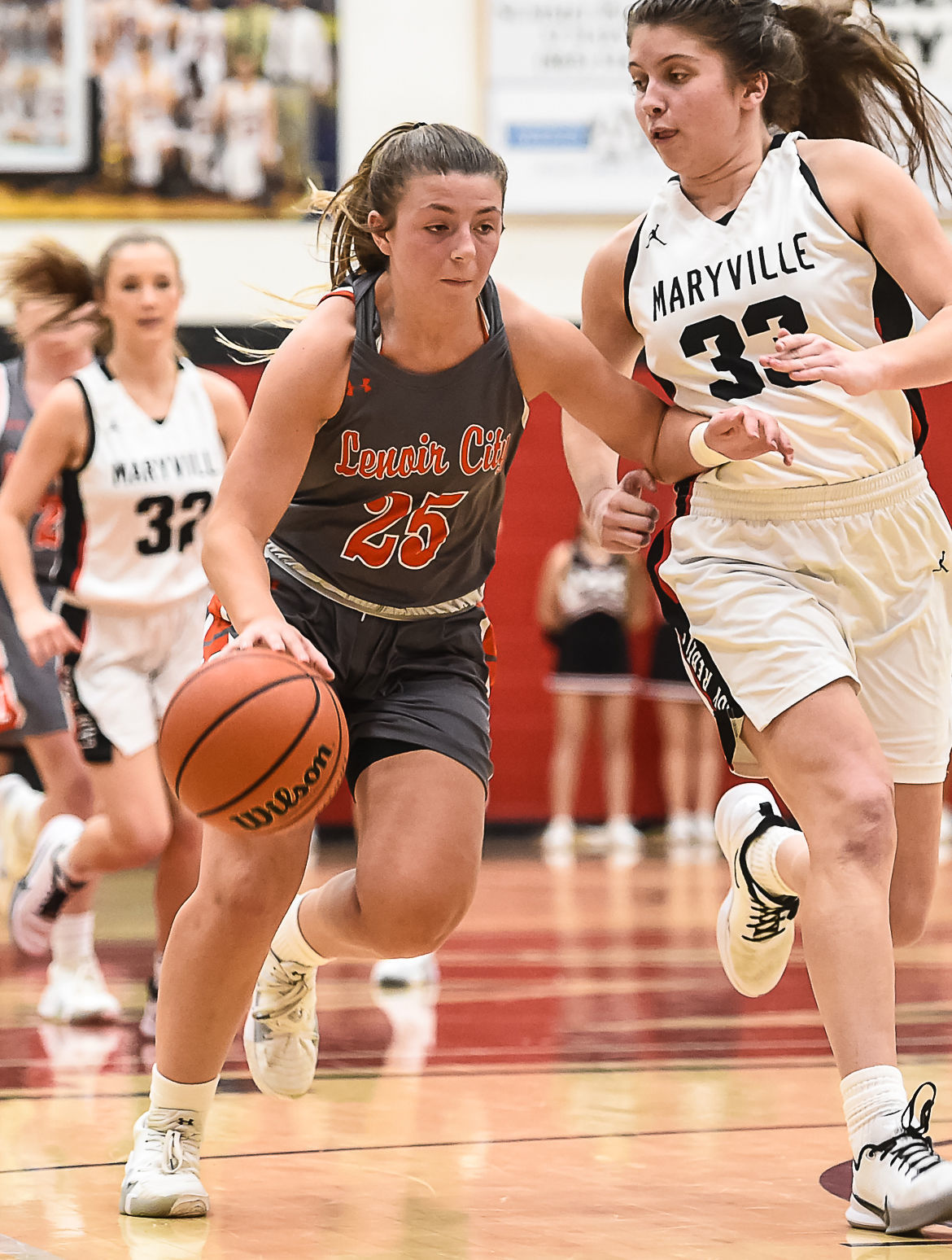 For the Lenoir City High School Panthers basketball team, Friday was a tale of two halves when they took on the top-seeded Maryville High School Rebels on the road.

The Panthers went toe-to-toe with the Rebels in the first half and held a five-point lead in the first quarter thanks to three early three-pointers from junior David Ross.

“Obviously, we were hitting shots and that was giving us momentum coming on defense,” Ross said. “In the second half, I think we were kind of tired after all the running and stuff, and they started hitting shots. In the first half, we were being physical with them, it was a really chippy game and we had to get physical with everybody. I think it was good because they’re bigger than us and we fought well.”

Maryville rallied behind All-State guard Joe Anderson to gain a 40-30 halftime lead despite out-fouling the Panthers 16-8.

The Panthers were also dealt a blow midway through the second quarter when starting point guard Ben Halcomb exited the game with a head/eye injury.

“The first half, I thought we played well ... tried to keep it a lower tempo, we controlled the ball and took a couple of quick possessions, quick shots on the trap,” Brent Burns, LCHS head boys basketball coach, said. “I thought the first half, we did a good job. Obviously, losing Ben hurt in the first half, that hurt not having him in the second half and having to go to a bigger lineup. We played hard and we played well.”

Maryville came out firing in the second half and scored 40 points and held Lenoir City to 10 en route to an 80-40 win.

“It is what it is. It can be frustrating but you’ve got to play — we can’t control that,” Burns said. “We’ve just got to keep playing and control what we can control, and that’s just taking care of the ball and playing at our tempo and making shots when we’ve got them. Let’s just continue to execute.”

“Besides the other night against Farragut, that was probably the most complete game we’ve played all year was Farragut,” Burns said. “We had a chance there to tie it at the end as well. We’ve played some good basketball as of late. The record’s not showing all that, but as far as progression from a team, we’re starting to see some things that we like and they’re getting better every day and they continue to have a good attitude, so I’m proud of them. They’re doing a good job.”

Badgers in the XFL: Check out performances by former Wisconsin players in Week 2

University of Wyoming announces Athletics Hall of Fame Class of 2020

Lenoir City took on Hardin Valley Academy after News-Herald presstime Tuesday. They will look to close out the regular season Thursday and Friday with games against Loudon and Bledsoe counties, respectively.

“It’s definitely helping get more confidence in us and we know that the (District 4-3A) tournament’s coming up, so we’re going to have to play hard in that,” Ross said. “We want to go far in the tournament, so it’s just our confidence.”

The Lady Rebels came out firing from the arc and jumped out to a 56-8 halftime lead before the Lady Panthers began to fight back in the second half with four three-pointers from Emma Jenkins.

Maryville increased the defensive pressure in the fourth quarter and limited the Lady Panthers to three points to close out the game.

“It’s just learning how to fight when all seems hopeless, I mean, that’s something we talk about,” Tim Smith, LCHS head girls basketball coach, said. “I think they hit about 15 out of 21 threes, we got buried kind of right at the beginning. They shot extremely well and they can do that, but I like our kids. We go into the third quarter and come out with a little bit of fight about us, we just couldn’t match up. I do like that about the team. We’re going to try again and keep working.”

The Lady Panthers will look to snap a six-game losing streak Thursday when they host the Loudon High School Lady Redskins, followed by Bledsoe County on Friday to close out the regular season.

“Of course, the Loudon game’s always big, but all I’m wanting is whatever happens, we play hard and we box out, we rebound, we take care of the ball,” Smith said. “If we do that, then we have a chance in any game we play. If we don’t, it doesn’t matter what we do.”