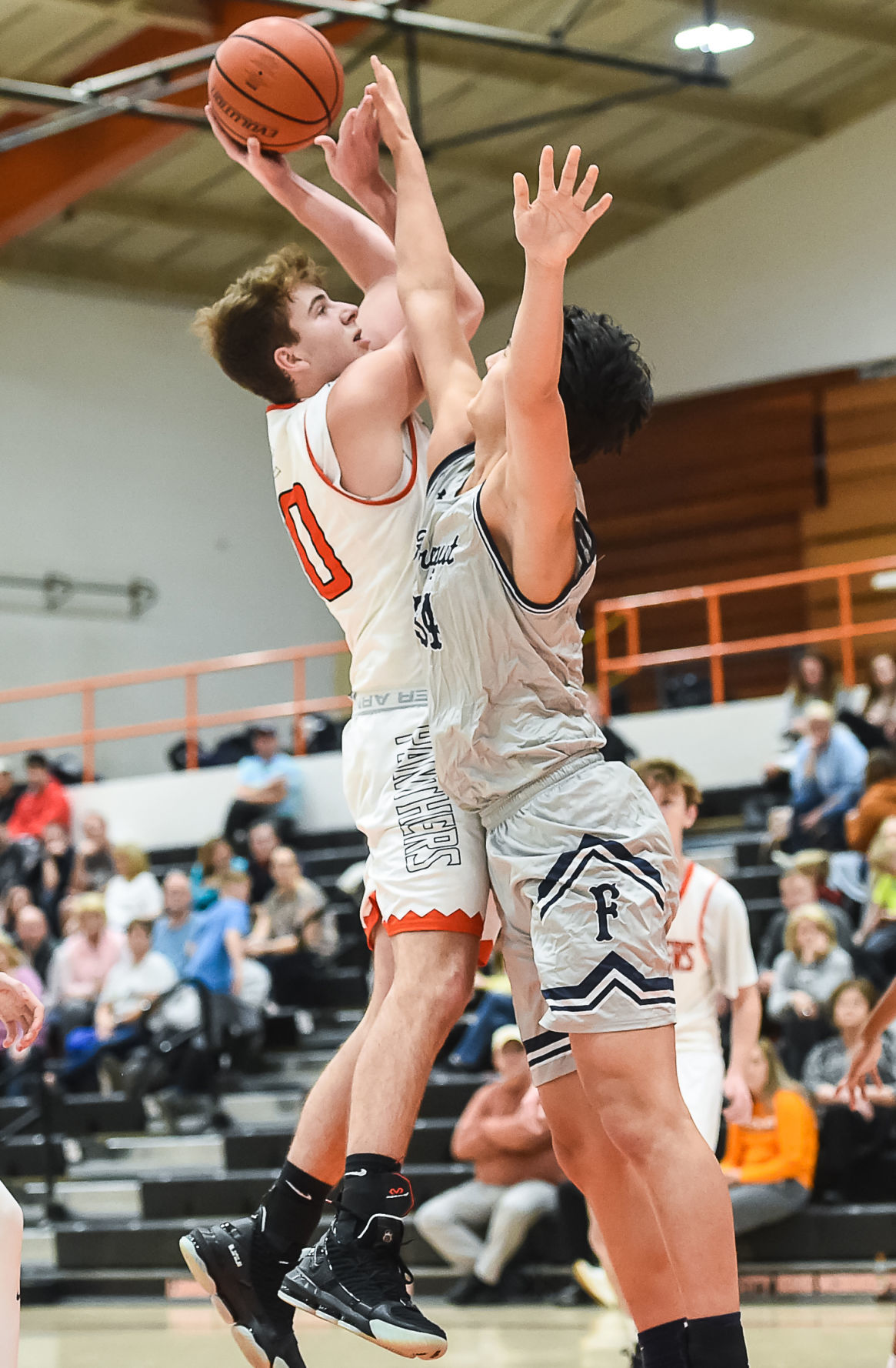 Lenoir City High School’s Parker Tramell pulls up for a shot Friday in the Panthers’ 79-29 loss to the Farragut High School Admirals. 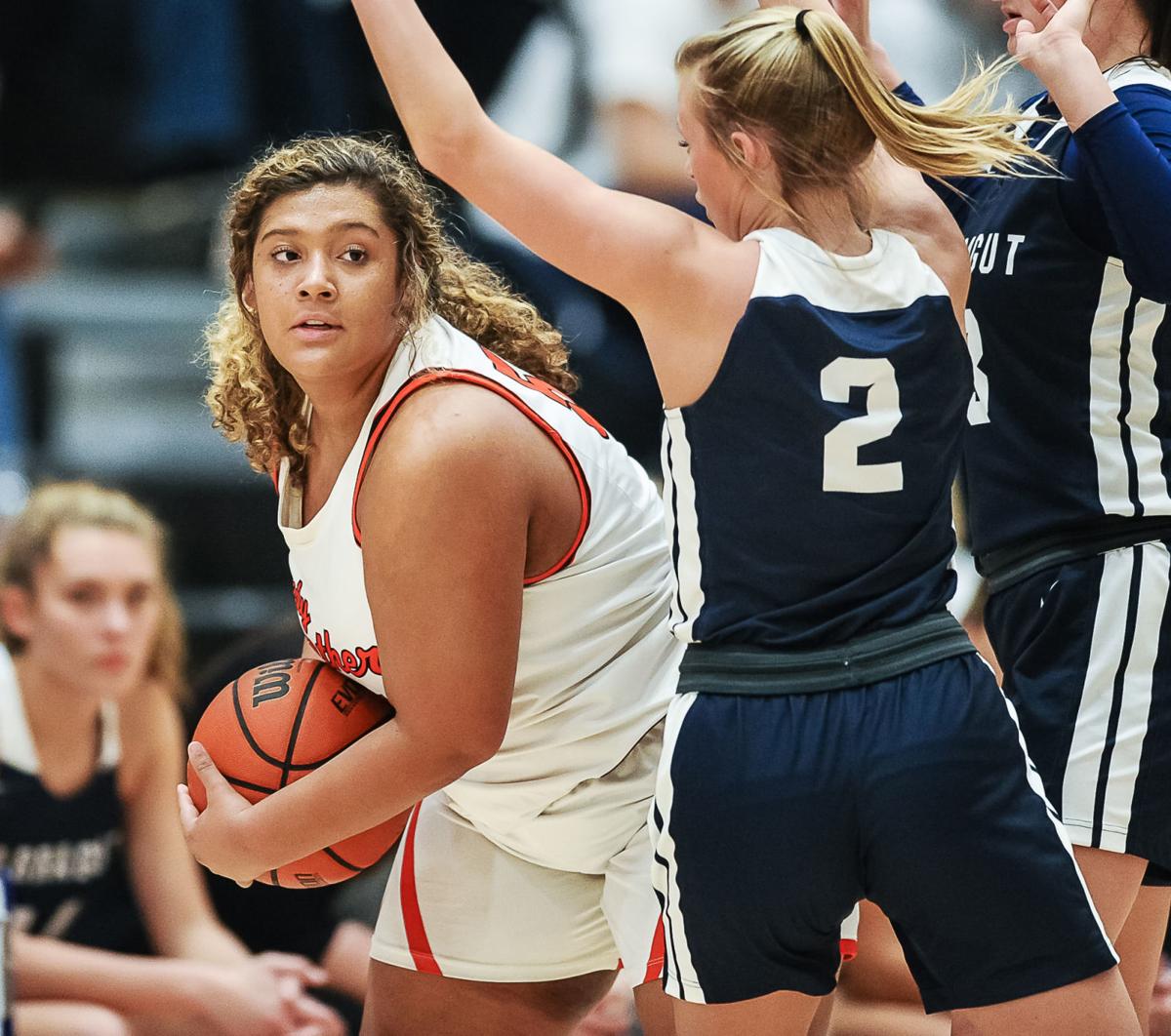 Lenoir City High School’s Parker Tramell pulls up for a shot Friday in the Panthers’ 79-29 loss to the Farragut High School Admirals.

The Lady Panthers turned the ball over 29 times, while the Lady Admirals shot better than 50 percent from the field and won 74-10.

“Well, I think they’re very, very talented, they shot the ball extremely well against us and hit us right in the mouth very, very hard,” Tim Smith, LCHS head girls basketball coach, said. “It was a very physical game ... the physicality was not a positive thing for us. Their length, their height and physicality just kind of took us out from doing anything. I think we had 29 turnovers, we’ve got to learn to deal with that. If the referees don’t allow us to be physical, then we have to learn to deal with that.”

Depth continues to be an issue for the Lady Panthers. Two starters did not play Friday.

“We have one that has to sit, Emma Jenkins, because of her ejection at Halls, and we had one that quit, the (Madison) Graves girl, so that’s two that we don’t have, two experienced players, especially at the point guard,” Smith said. “We started a freshman (Natalie Johnson) and because of that, we don’t have the physicality. I think the Jenkins girl brings that and so did Graves, and we just have to learn ... it’s that physicality, and that’s asking a lot of freshmen to be that against some pretty good-sized, strong girls. We’ve just got to be more physical, that’s just the bottom line for us.”

Smith said the 4-12 start has been tough and has put him in an unfamiliar situation.

“I’ve been doing this 30 years, this is probably the first time I’ve been in this type of situation,” he said. “Of course, we had a couple that were sick so they’re just getting back, so we’re just kind of out of sync. We don’t have any excuses. I think Farragut just out-physicaled us and shot the ball very well. I think if we take away turnovers, 29, that’s a lot. ... I even told my kids, ‘Put your hands on them, touch them with your hands.’ It’s not anything that I teach to put your hands on them. I wish I had better things to say, but it’s difficult for all of us right now — all of this change, it’s not the kind of change you want in the middle of the season anyhow.”

“First off, Farragut played really well, I mean, they started off the year 7-0 or something like that and both of their losses were to good teams,” Brent Burns, LCHS head boys basketball coach, said. “From the very beginning, they came out and made shots and we didn’t defend well and get back in transition. They got a lot of free runs down the lane and just hitting threes. We started off in a man and went zone to try and mix things up. They outplayed us, so we’ve just got to get back to practice and work on defense a little bit more.”

The Panthers struggled offensively with numerous turnovers and lack of execution, which has been an issue this year in district play. Junior guard David Ross led the team with seven points.

Lenoir City’s road will not get easier this week. The Panthers traveled to Hardin Valley on Tuesday after presstime and will host the Maryville High School Rebels at 7:30 p.m. Friday.

“We kind of sat back a little too much against Farragut, but we’ve got a big week this week — we’ve got Hardin Valley and then we go to Maryville, so we have two opportunities to get a district win this week so we’ll just keep grinding in practice and keep getting better,” Burns said. “I’ve looked at some of the Maryville stuff ... obviously, Maryville’s a great team. I think right now they’re ahead in the district. They’ve got great players, and Joe Anderson does a great job for them. They’ve got just a good coach and they’re always good and always tough to play.”