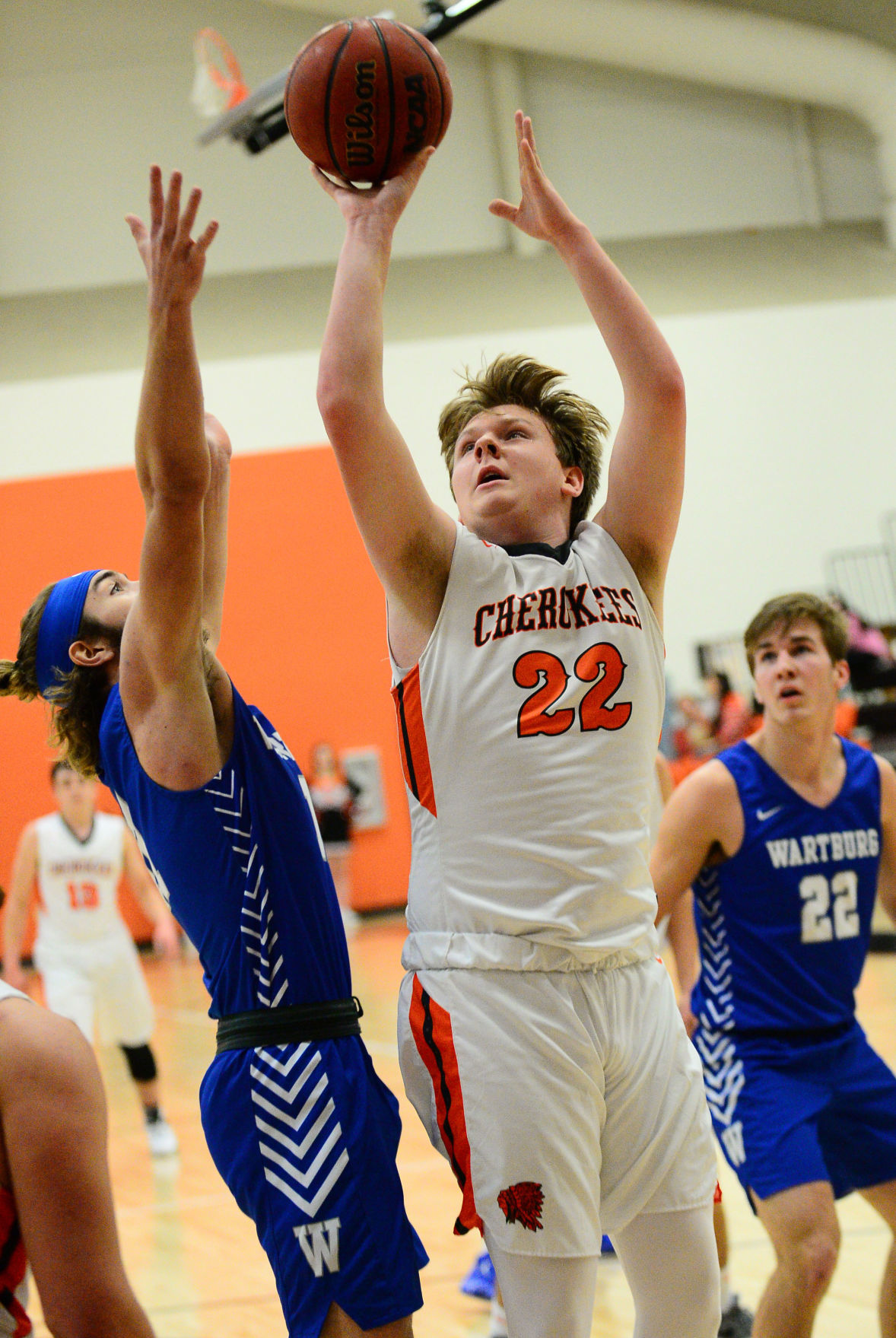 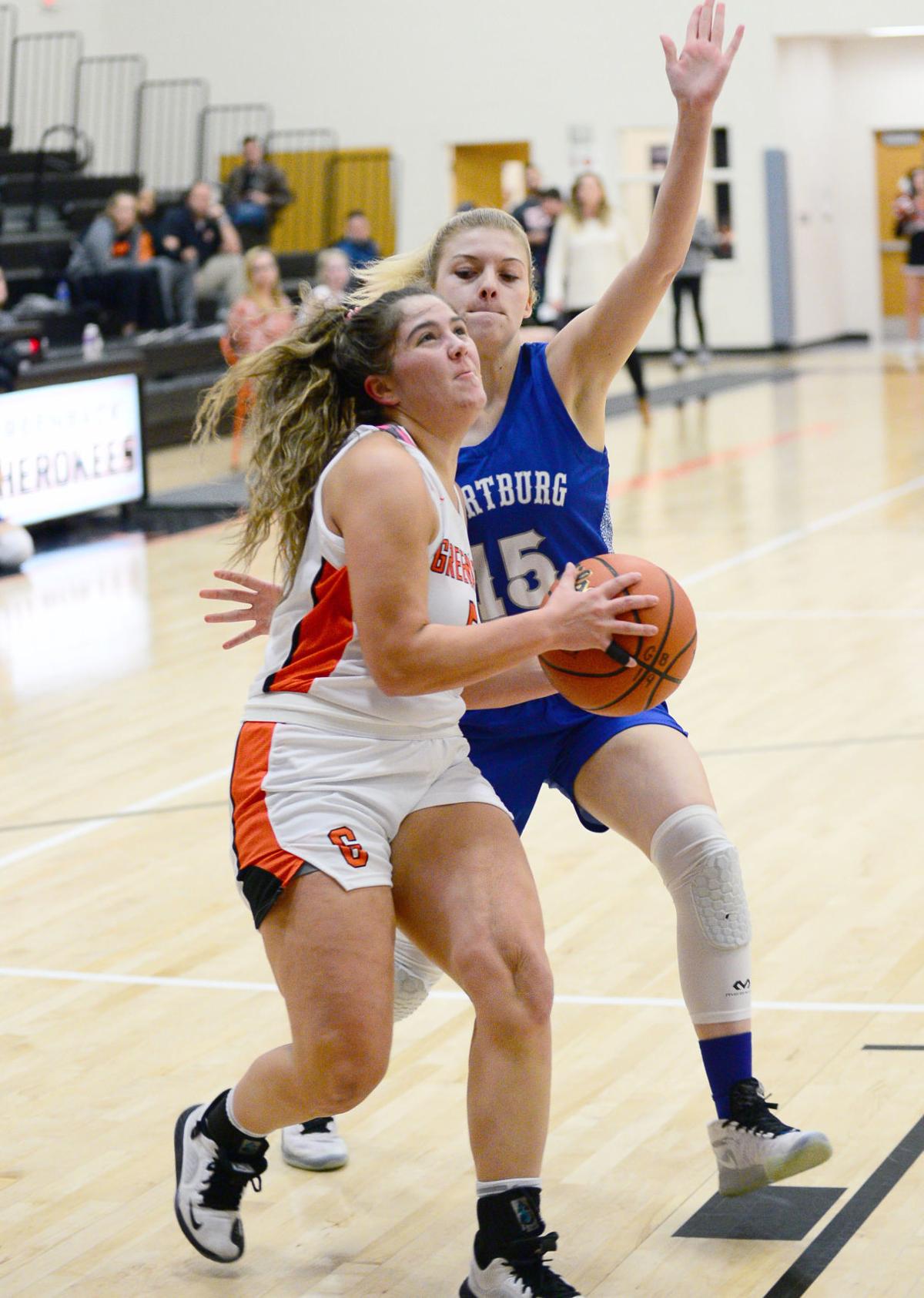 The Cherokees (1-10, 1-3 District 2-1A) got out to a fast start with three consecutive buckets by senior Hazen Carlton, but a series of turnovers in the second quarter plagued Greenback en route to a 74-46 loss.

“We started out playing really well I felt like. We just don’t have any guys right now,” Powers said. “We’re overmatched as far as numbers go, and the guys I’ve got are working their tails off and that’s all we can do. I know the press kind of got a little more difficult to break. We’re young, we’re inexperienced ... we call a timeout and get in a press offense and it works, and then we don’t do it the next time. As a coach, I’ve got to figure that out. I don’t know what to do to render that situation, but we’ve just got to be more consistent and press better ... 74 points and I think 40 of them were in transition.”

Wartburg scored 27 points in the second quarter and held the Cherokees to two to lead 45-13 at the break.

“I called two timeouts, I think, in the second quarter to draw up what we did in the first quarter to get us back in that because it was working, and that’s just inexperience,” Powers said. “It’s frustrating as a coach to see us do it correctly and execute and then the next possession, we forget how to execute. My most frustrating thing right now is lack of execution. A lot of it’s inexperience, a lot of it’s just running out of gas. We were in the game for a quarter at Cosby the other night. I mean, we just don’t have the depth to run with them.”

Depth has been an issue for the Cherokees this season. They played with only nine players against Wartburg’s 16.

“I don’t know what the issue (is) as far as that goes, it’s just we’ve got a lot of guys ... we’ve had a large senior class the last couple of years,” he said. “We’ve got a guys that are sophomores that played a lot JV, they’re juniors now having to play varsity. We’ve got guys that weren’t here last year that are having to play, we’ve got guys that have never played, I don’t know about middle school basketball, but they’ve never played high school basketball ... they’re having to play varsity ball rather than starting at the JV level. We’ve got a freshman running the point. He’s going to be an awesome player, but ... we’ve got to take some of the load off of him and the older guys do a better job getting us set up.”

Mike Prater: Four Broncos headed to Combine, but how many will end up in NFL Draft?

Lady Cherokees growingThe Greenback Lady Cherokees (6-7, 3-1 District 2-1A) also got off to a fast start but saw the game slip from their fingers due to turnovers and lack of execution around the rim in a 52-34 loss to the Lady Bulldogs.

“I was pretty pleased with the way we came out in the first quarter, and we turned them over I don’t know how many times in the first quarter,” Angie Lucier, head girls basketball coach, said. “We jumped out a little bit there, letting our defense dictate and then we just kind of went on break, and they were able to get backdoor on us and attack us in places. The next thing you know, they’re caught up and just pushing their lead on out. Not only were we not able to stop them, (they) pulled out of the press and really took away what was working for us on offense. We could not get anything going in the half-court set.”

“They both bring a lot of intensity,” Lucier said. “I was really pleased, especially, with Anna’s defense. You know, she’s a guard, but she’s having to step up and play post defense, and I thought she did a good job. Mikah does such a good job frustrating whoever happens to have the ball that’s she guarding. Defensively, their effort for most of the game was there. Mikah got sick and had to leave there a little bit in the second quarter, but they bring that intensity almost every night. On both ends, they attack the goal, too. Too many times, we just had almost everybody not doing their job.”

The Lady Cherokees took the last two weeks off for Christmas break to rest and prepare for the new year.

Greenback responded well Friday in their first game back against the Cosby Lady Eagles but fell by four in a tight contest.

“We prepped for Cosby really well, and I was pleased with our executing of the game plan on Friday night,” Lucier said. “We ended up losing by four, and really, down the stretch if one or two things had gone our way, that would’ve been a win for us. Even though we kind of did the same thing, we let up in the second quarter, we fought back, stuck to the game plan and I felt like the break ... you thought, ‘Oh gosh, we’re rusty.’ Overall, I think the girls had a little time off and hopefully will bounce back with what happened.”

The Lady Cherokees will host the Jellico Lady Blue Devils at 6:30 p.m. Friday.