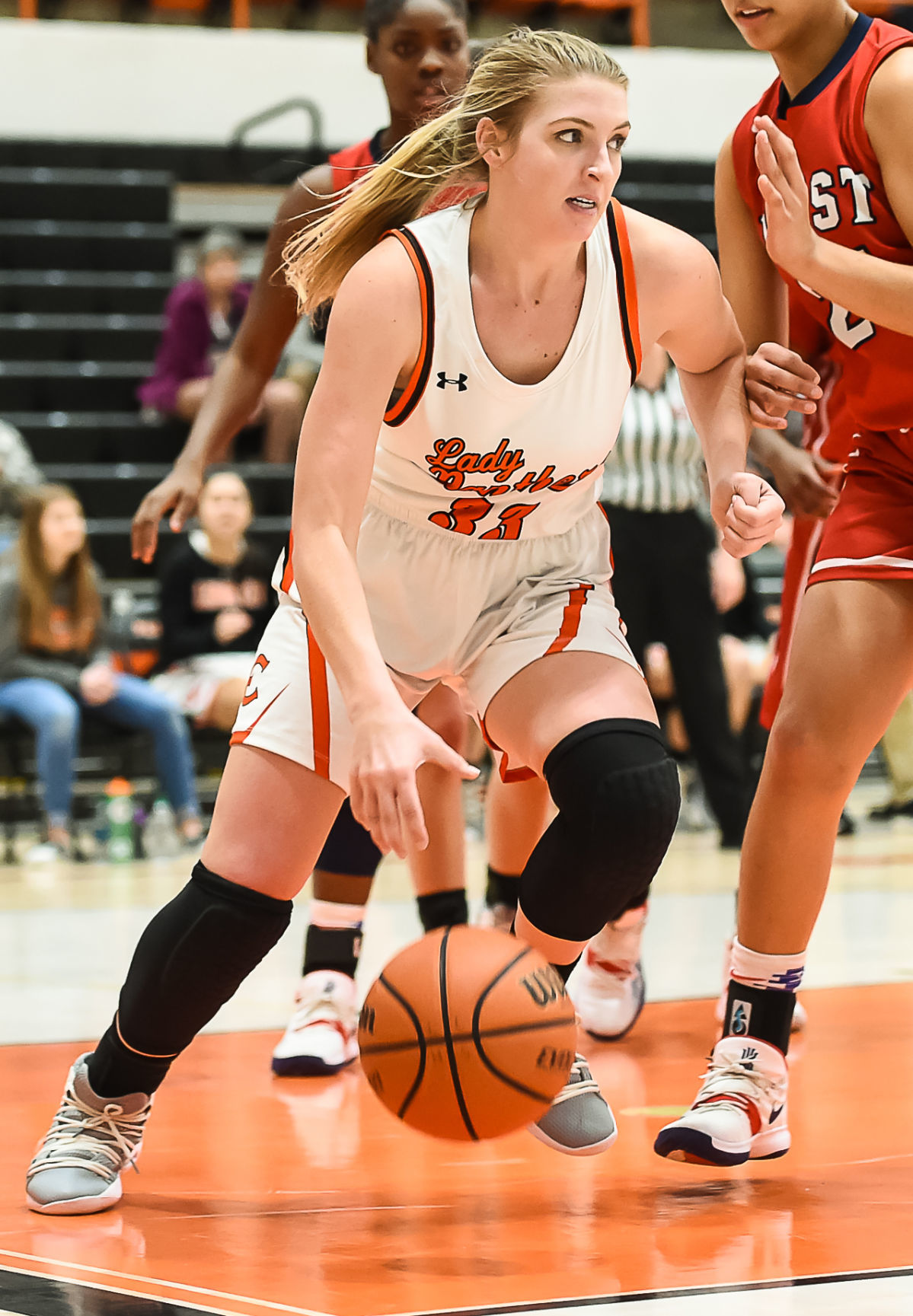 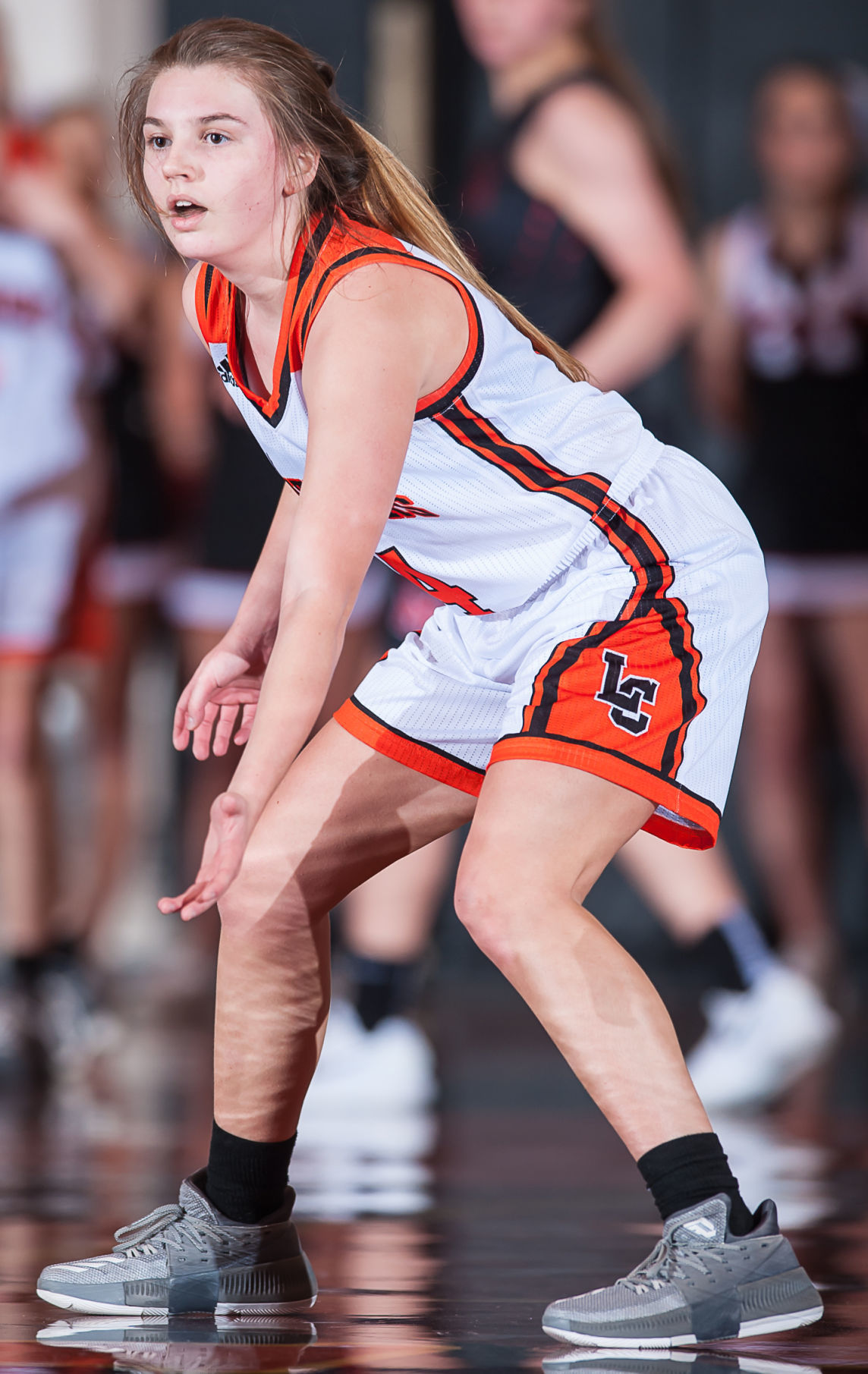 Former Lenoir City High School guard Tori Burnette gets in position during a game in 2018. Burnette is a sophomore guard at Bryan College.

Former Lenoir City High School guard Tori Burnette gets in position during a game in 2018. Burnette is a sophomore guard at Bryan College.

Tori Burnette and Faith Simmons have shared the court since childhood and are continuing that tradition at the collegiate level.

“It’s been a really comforting experience,” Simmons said. “I’ve played with Tori all through my life, almost as long as I’ve been able to play basketball, I’ve played with Tori, so she kind of brought that sense of home to Bryan for me. Going to a new place and playing with new people, she was kind of like the home that kind of kept me grounded and kept me going and knowing that everything is going to be OK, so she’s really been that sense of home and comfort to me because of that friendship that we’ve had for years.”

Burnette said she missed Simmons and was ecstatic to be reunited with her lifelong teammate and friend.

“I just really missed her energy, she brings so much energy and hustle to the team,” Burnette said. “She’s never quiet, she’s always the one starting cheers for the defensive end and she just brings such a positive impact toward our team. She’ll always lead us in prayer and everything, so I definitely missed having her.”

Jason Smith, Bryan women’s head basketball coach, developed a strong relationship with both girls while they were playing at LCHS. Even at a small school like Bryan, Smith admits it’s unique having high school teammates on the roster.

“When you start recruiting teammates from high school, you kind of talk to the other kids,” Smith said. “Like Tori when we started recruiting Faith, ‘Well, what do you think of Faith?’ You don’t want to bring in a kid that someone else just hates or doesn’t want as a teammate. We have a kid now that’s on our team that we were recruiting one of her teammates for next year and we just asked her, ‘What do you think?’ She was like, ‘No way, don’t bring her here.’ I mean, Faith was spoken highly of and actually all of the Lenoir City girls that we’ve ever recruited have been spoken highly of.”

The transition to college shocked both players.

“It’s been pretty good, it’s definitely kind of a learning experience because from high school to here, it’s like a completely different ball game,” Burnette said. “Definitely the shot clock makes everything so much fast paced. Just the skill level is so much higher here than it was in high school. Also, the height — I was short in high school and I feel like a midget compared to everybody here.”

Simmons has faced a similar experience and emphasized time dedication is one of the biggest adjustments.

Matt LaFleur: ‘There was never a doubt’ about keeping Mike Pettine as Packers’ defensive coordinator

“It’s definitely been a whole new experience for me, college basketball is definitely like a job,” she said. “You’re setting out at least four hours out of your day aside for basketball, whether that’s practice and then a couple of hours in the gym working on your own. You really have to treat it like a job and just put a lot more hours into that, but it’s definitely more like a family. You live with your teammates, so it’s been a great experience for me and I’ve just really enjoyed this new journey that I’m on.”

With a 1 1/2 years under her belt, Burnette has appeared in 29 games and scored 25 points in varsity action.

“She hasn’t played a lot for us necessarily — we’ve had a lot of talent to be honest with you — so her coming in right away was going to be tough for her to play anyway,” Smith said. “Her freshman year, she just kind of came in and kind of felt her own way. We thought she could come in, and she struggled shooting the ball her freshman year a little bit for us. Everything Tori does off the court represents us well. I mean, she’s a good student, great kid, fun to be around, so she’s doing everything she’s supposed to be doing.”

Although minutes have been limited, Burnette is soaking in every moment of being part of a historic season. The Lions are 18-1 and 14-0 in the Appalachian Athletic Conference.

“It’s definitely a first-time experience because in high school, I mean, we were good, but we didn’t know how to play together as a team,” Burnette said. “That’s like their whole thing, like we over me. We’re super about being a team and doing things together as a team and working together so whenever we put all that together, it definitely puts us at a lot of wins.”

As a freshman, Simmons has primarily seen action on junior varsity.

Simmons served as a post at Lenoir City but is learning to transition into a guard role.

“It’s definitely a new role for me being a freshman, going from playing all the time my senior year to learning what being a good teammate looks like, whether you’re playing or not,” she said. “Transitioning from my role in high school to just kind of playing mainly the post and the five because of the height and the lack of resources at high school to move to a place where I was going to take on more of a guard role, and I’ve definitely become a way better shooter than I ever was. My coaches have worked with me through that, and they’ve completely reconstructed my shot in order for me to be more successful with my outside game. I’ve definitely increased my strength on that. It’s not perfect, but it’s way better than high school. I still want to continue to improve on that, and I guess the next thing that I’m working on is more of a defensive standpoint.”

Although Simmons lacks height and speed, Smith believes she will continue to make impact on and off the court the next three years.

“She brings so much off-the-court stuff to our team and leadership capabilities, she’s such a high character kid,” Smith said. “She’s a great student in the classroom, so she brings a lot. She brings a work ethic, too. I think she works a little harder than some of our kids do, not as skilled as a lot of our kids to be honest with you but will outwork them. She’s a kid that’s really put some time in the gym, even though she’s not playing. I don’t think she actually had a good shot before she came here to be honest, and Coach (David) Kalk, especially, has really worked with her and she’s coming along.”