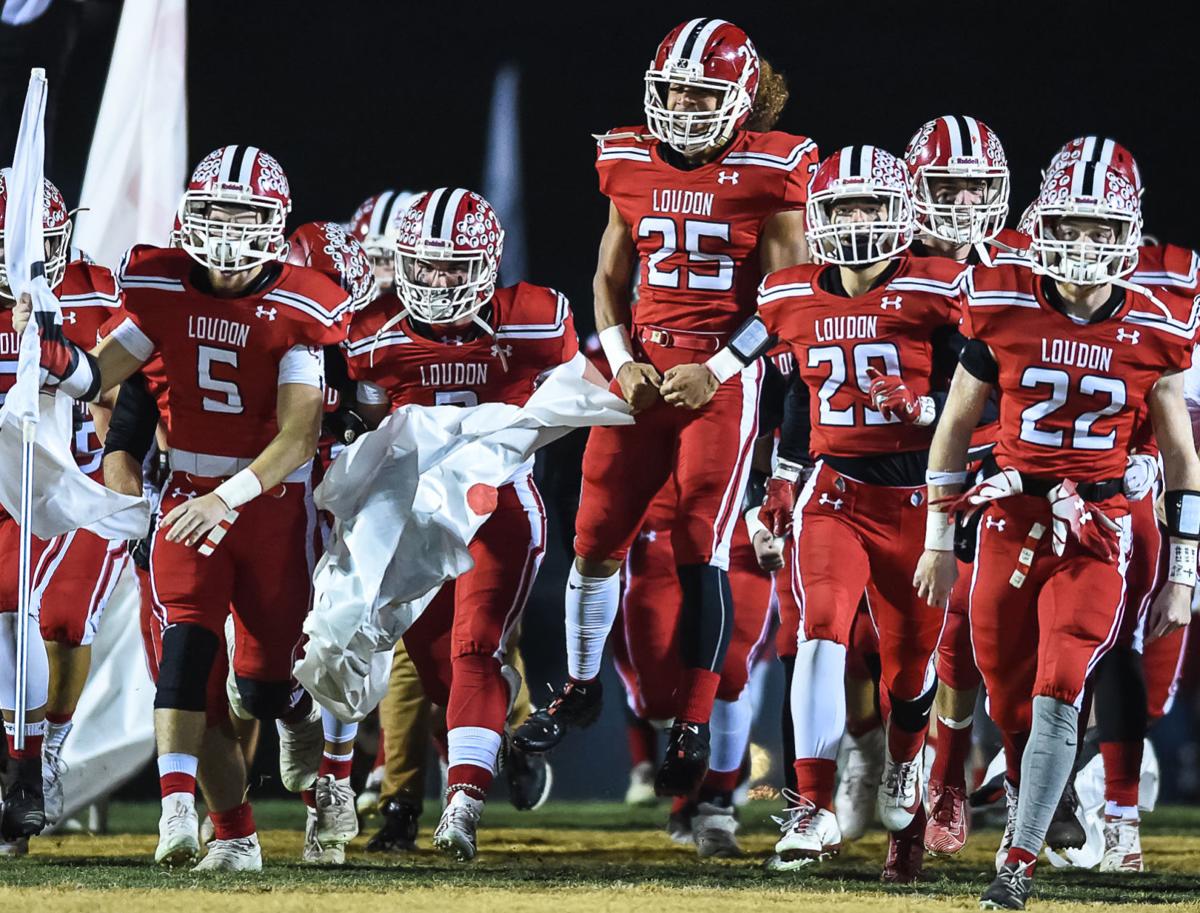 The Loudon High School Redskins football team bursts onto the field Nov. 22 prior to a game against the Red Bank High School Lions in the Class 3A quarterfinals. The Redskins finished the season 13-1 and advanced to the Class 3A semifinals for the first time since 2014. 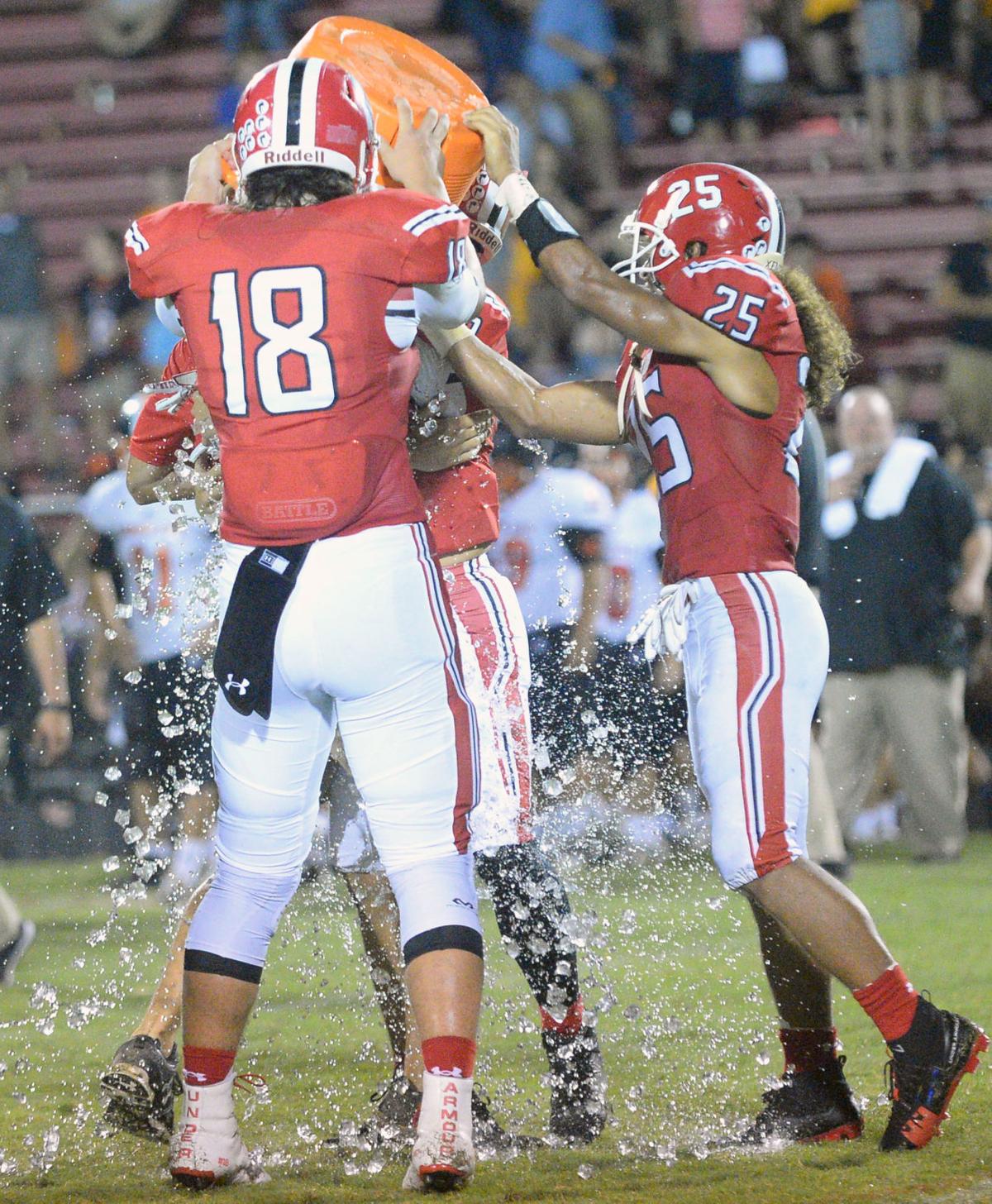 The Loudon High School Redskins football team bursts onto the field Nov. 22 prior to a game against the Red Bank High School Lions in the Class 3A quarterfinals. The Redskins finished the season 13-1 and advanced to the Class 3A semifinals for the first time since 2014.

The 2019 football season came to an end Friday for the Loudon High School Redskins, and coaches, players and fans can now look back on the Redskins’ historic success.

Loudon finished the season 13-1 overall, won the Region 3-3A championship and received the first playoff semifinal berth in five years. The team was also ranked as high as No. 3 in the state in Class 3A during the season in the Associated Press Tennessee high school football poll.

In addition, quarterback Keaton Harig set a new school single-season passing record by throwing for more than 2,100 yards and helped lead an offense that set a school record for most points in a season with 536.

“Our guys played a lot of good football,” Jeff Harig, LHS head football coach, said. “We had our weaknesses, but I felt like for 13 games, we really were able to stay within our strengths — nobody exposed our weaknesses. That’s a testament to how good I think we were. We did a lot of great things, individually and collectively as a team, to be region champs. If you just look throughout the last 20, 25 years, those kinds of things don’t happen very often. To be region champs, make it to the semifinals, individually break some of the offensive records that have been set around here, it was just a great season, an enjoyable season and I couldn’t be happier for the guys.”

Even though the Redskins had a disappointing 3-8 season in 2018, Harig believed he had the tools in place to make a deep run.

“We knew we had a chance, we knew we had a chance to be a much better football team than we were last year,” he said. “For whatever reason, those years where we have a lot of young guys that we’re really counting on, we had problems with injuries. To have this senior class, our goal was to be 10-0. Ultimately, our goal was 9-0 heading to Red Bank for a chance to win the region championship. ... To beat that quality of a team twice, we played a lot of good football. To say we expected to be here, we didn’t, but we knew it was possible.”

The Redskins kicked off the season on a high note, beating cross-county rivals Greenback and Lenoir City 54-20 and 28-7, respectively.

“Oh that’s great, especially beating those two teams with it being my senior year,” Drew Jackson, LHS senior running back, said. “Never beating Greenback, that was one goal for the season, so we checked that off the list — that was great.”

“Definitely beating Greenback, that was one of the best games I’ve ever played in my life,” Noah Burnette, LHS senior lineman, added. “Lenoir City was a great feeling, too.”

Loudon took the final two games of the regular season over 5A foe Walker Valley and a talented Red Bank squad to clinch the Region 3-3A championship, defeating both teams by a combined score of 73-14.

“I just had the joy of nobody thinking we could go beat Red Bank,” Jeff Harig said. “To come right out the bat and play so well against Greenback, who’s obviously got upper level division talent at a single A school, so to play so well out of the gate was a big joy. To be able to do what it took week and week out and watch different guys step up and have their moments ... and the number of guys we had involved in the season, not only as starters, but as backups and to have moments was fun. To be able to beat Red Bank twice and be region champs, those will always be things that stand out to this season.”

Khalil Tate on why he played hurt, his fit in the NFL, and how he wants to be remembered as an Arizona Wildcat

After missing a majority of the season last year, Jackson bounced back as the best player in Region 3-3A and is in the mix to earn All-State honors.

He came through with several big performances, but his favorite memory is the quarterfinal matchup with Red Bank, where he finished with 161 rushing yards and two touchdowns on 17 carries. He also came up with two key interceptions.

“It was great coming out, playing the way we did and executing all year,” he said. “Getting to the semis was a great accomplishment for this team that we’ve had this past year. Probably that last pick I had against Red Bank. I look up, and Coach Harig’s in the air fist pumping and everything. It was just a great feeling.”

Although the Redskins will lose 18 seniors, Harig believes their impact will always be felt.

The future is bright with Keaton Harig returning at quarterback, along with the majority of the offensive line and several key playmakers like McKenzie Lunsford, Semy Turner and Kaden Dockins.

“Anytime you have a returning quarterback, it helps jumpstart the offense a little bit,” Jeff Harig said. “We’ve got a lot of skill guys back that made big impacts for us, so it gives you guys to build around. We return four of our starting five offensive linemen, so offensively, we’ll be able to pick up where we left off from an execution standpoint. Now, how good is everybody else?

“Eight out of 11 have to be replaced on defense, so a lot of young guys that had lot of roles in our JV program will have to step up and be counted on for Friday nights,” he added. “We feel like we have a system in place. There’s a culture in this program that you know what it takes from a work ethic standpoint. As you graduate from one year to the next, being able to step up and play your role is things we’ve been doing around here for a long time.”