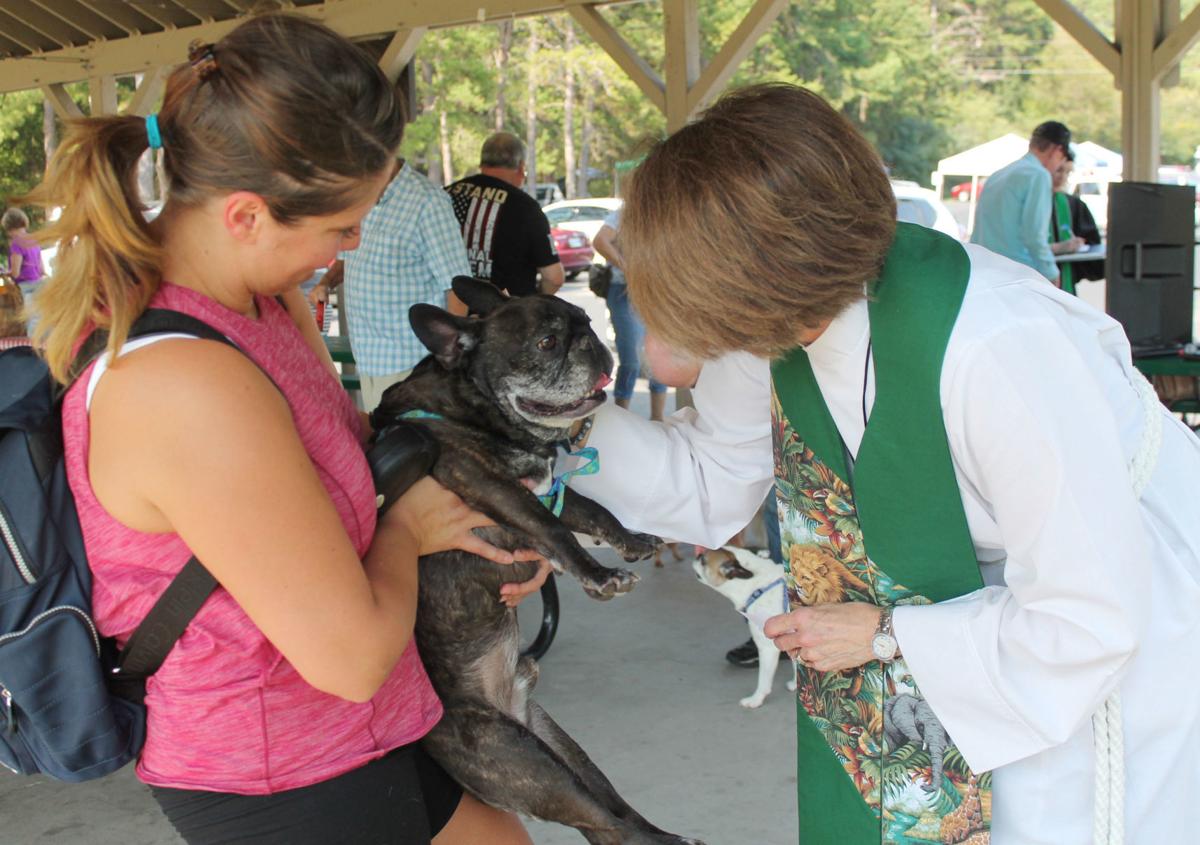 Leslie Arrowood, left, holds Chewie Louie for the Rev. Ingrid Schalk, pastor at Shepherd of the Lake Lutheran Church, during a blessing of the animals. 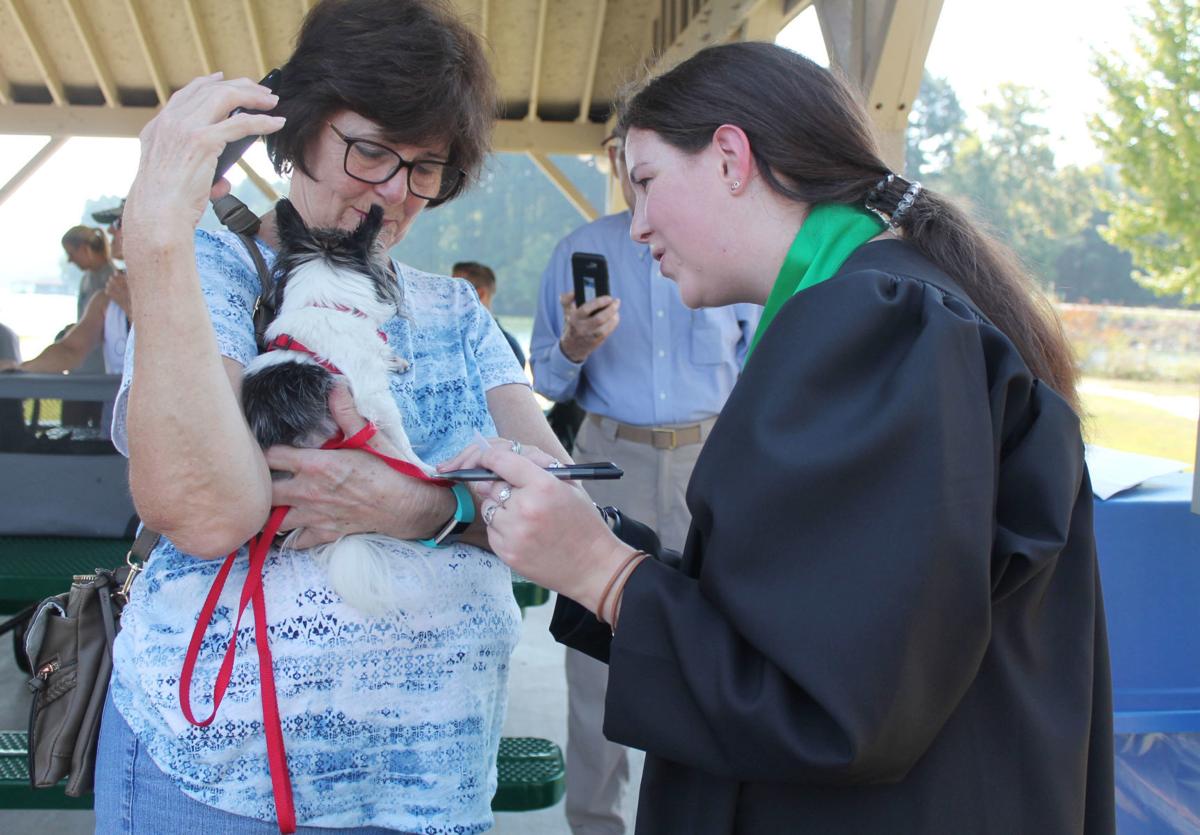 Leslie Arrowood, left, holds Chewie Louie for the Rev. Ingrid Schalk, pastor at Shepherd of the Lake Lutheran Church, during a blessing of the animals.

Barks carried through the Tugaloo Beach Pavilion on Oct. 2 as pet lovers gathered to have their furry friends blessed.

A blessing of the animals ceremony, which lasted about 20 minutes, allowed the Revs. Ingrid Schalk, Shepherd of the Lake Lutheran Church, Jennifer Rutter, Community Church at Tellico Village associate pastor, and Emily Collins, Community Church pastoral resident, to minister to at least 20 people and their pets.

“This has become a tradition in the Village to do this every year, and we’ve been doing it together for the past four years now, Community Church and Shepherd of the Lake, and the offering of this kind of service to bless the animals that are such an integral part of the lives of the people, especially in this community,” Schalk said. “Not that it’s just for this community — occasionally we’ve had people pop in and they’ve heard that we’re having a blessing of the animals. That’s what we do is bring God’s blessing to the community.”

The event fell near the Oct. 4 date of the Feast of Saint Francis of Assisi. Francis was known to love all creatures.

“I think that pets have a special place in peoples’ lives, especially when you live alone or kids have moved away, and so the service is really marking the significance of that and acknowledging that God is the creator of all creatures,” Rutter said. “... I think it’s a wonderful opportunity for us as a community to gather regardless of what church we belong to and get to participate in a blessing service.”

Following a general blessing, Schalk, Rutter and Collins offered individual blessings. For animals who were not present or were too anxious, pastors offered pet owners a card blessing their furry friends.

“Pets are part of the family,” Collins said. “They go through our hardest and our most difficult times and our happiest times, and I think it’s important that we honor that just as much as we honor our kids or our spouses or everything like that. Pets are just a part of the family, and it’s great.”

Visitors were encouraged to bring pet food and treats that were donated to animal shelters in Loudon and Monroe counties after the ceremony.

Seymour brought his 7-year-old Shih Tzu mix, Gizmo, for the first time. He said as Gizmo gets older it becomes more important for he, his wife and Gizmo to have this blessing.

“I think it’s a way for pet owners to appreciate each other and appreciate the animals they have,” Seymour said. “In fact, you could probably talk to some other people, I’ve not been to this very much because I’ve been tied up with things, but I think it’s a gathering, an important gathering.

“It kind of brings spirituality into the animal kingdom,” he added with a laugh.

For Barb Burke and her husband, John Leininger, last week served two purposes. The blessing was for Sweetie, their 8-month-old German shepherd, but it was also a way for the couple to donate to a good cause.

“We are supporters of the animal shelter, so we were going to donate to them anyway,” Leininger said. “It’s just a convenient reminder.”

“We did it the easy way. I got checks,” Burke added.