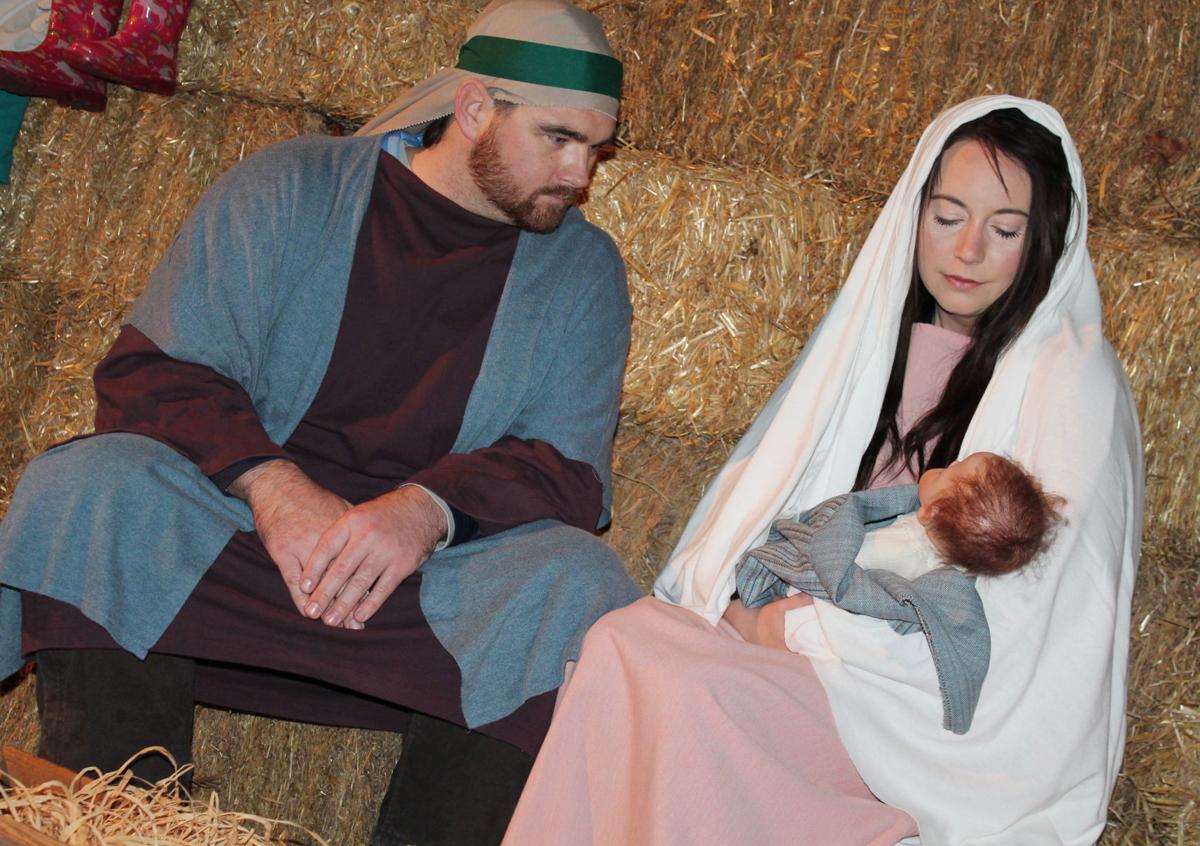 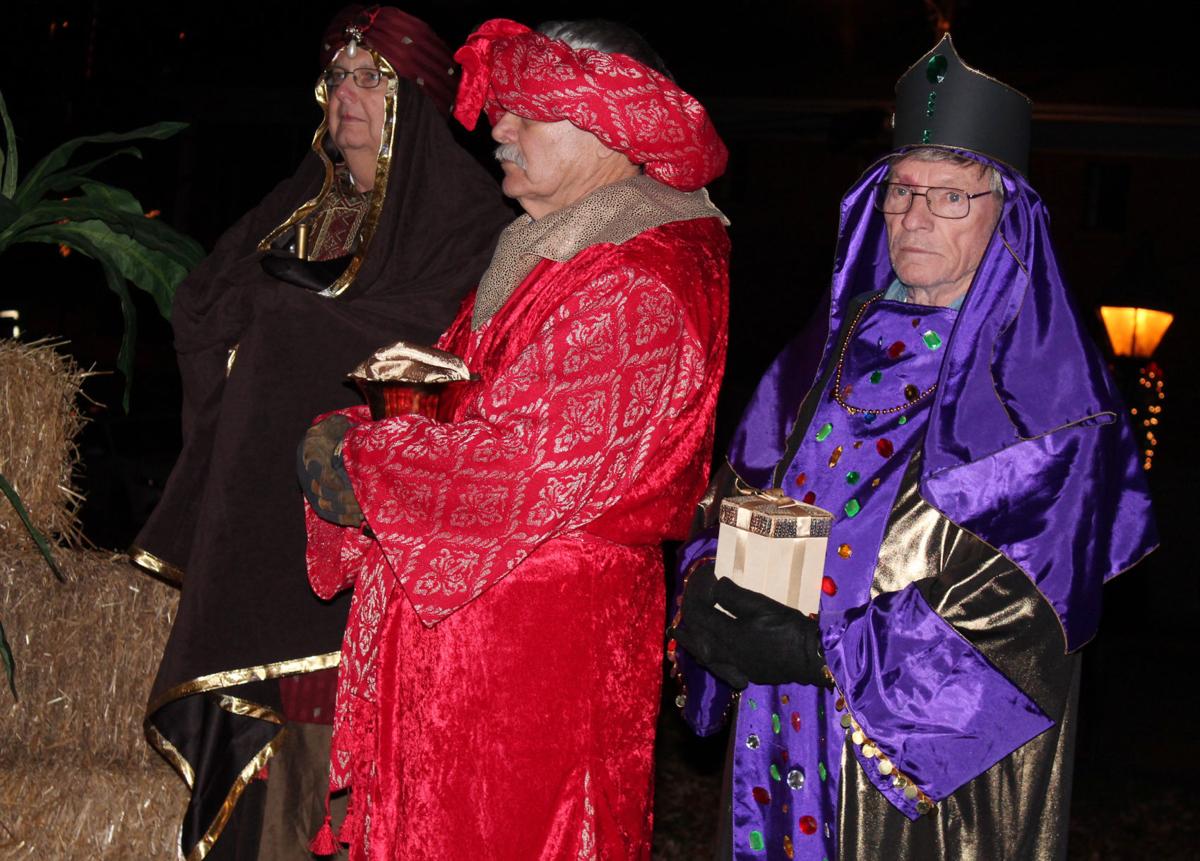 Although the temperature was cold, those standing outside near Loudon Cumberland Presbyterian Church were warmed by love Thursday and Friday as they gave drivers a glimpse at a unique nativity scene.

Members of the church dressed as Joseph and Mary, wise men, shepherds and angels as part of Loudon Cumberland Presbyterian’s third annual nativity.

“There’s no way we can simulate how it really was, but just people passing and taking — even if they don’t stop — just this is one more reminder it’s not all about Santa Claus,” Nancy Simpson, church member, said.

Participants set up beside sheep, a donkey and a camel alongside Mulberry Street as drivers passed. Some slowed to gaze at the scene. Loudon Police Department assisted with traffic.

Thursday and Friday capped off an effort that took a lot of planning, Merian Brewster, event organizer, said.

“We have scores of people that have gotten together over several months to make this happen with donating time,” the Rev. Mark Hester, church pastor, said. “We’ve had seamstresses and tailors making costumes and updating things. It takes a while to acquire the various animals and get people who are willing to share their sheep and donkey, and we’ve made arrangements to have a camel. ... People have to do the setup, the cleanup, the storage of the animals over night. We do it on the main road hoping that there’s more traffic for people to see.

“What we’ve seen is a lot of people slowing down to look and when possible we think they park and come up and listen to music playing and even interact with the people, with the characters, that are up there,” he added. “... We think it’s a great time to make a witness for the community for the first Christmas.”

Hester wanted the nativity scene to “make Christmas real and exciting and special.”

Hopes were to make the project a team effort, Simpson said. Some who were not outside provided hot chocolate, food and warmth.

Tennessee public-pension system loses value in pandemic, but is in better shape than most states

Lonely 4-year-old sings 'All By Myself' in quarantine

CNN Business Before the Bell

While the scene was special for passersby, Simpson believes it was equally as important for the congregation.

“It’s like young couples playing Mary and Joseph,” Simpson said. “There’s one gentleman who has survived a stroke, he’s a World War II veteran, and he signed up to be a wise man the whole time. It’s just like, it’s so special to get to see them enjoy it. It’s like a big deal, they can’t wait, and then the whole family coming together being able to — it’s like an act of worship. ... We want it to be a church event. Even if they’re not participating physically they’re — it’s a fun, encouraging kind of thing. ... Merian, what can you say? She’s just miraculous. She’s got all the farmers and the connections to be able to get, and the Harrisons helped with all the hay and getting it stacked, and the McQueens did all the sound and lighting, and the Malloys provide the little angels.”

Rainy weather posed an issue last year. Brewster said extra garments were made this time for those standing outside.

“Last year we didn’t have enough outfits because of the rain and we did it no matter rain or shine ... and their outfits got soaked, so a couple of the ladies, Kim Wilkes and Donna Zukowski, they made some amazing garments this year and they’re beautiful,” Brewster said. “So we have extra garments that we can swap out with people with shifts.”

Simpson provided materials for the church to use.

“Last year we basically kind of just threw together some garments that we basically had been using for the shepherd,” she said. “We just put some head dresses on them. But because this material was there, because God provided someone who could turn them into these magnificent garments.”

Hester emphasized the nativity was something the church looked forward to putting on for the community.

“We like doing things that give to our brothers and sisters here,” he said.