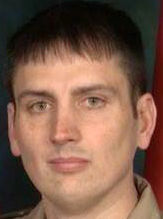 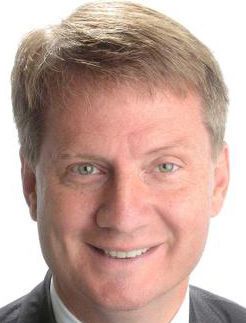 Lowell Russell will represent the Republican party as nominee for the 21st District in the Tennessee House of Representatives.

While Lenoir City Mayor Tony Aikens held an advantage in Loudon County, receiving 3,451 votes to 2,291 for Russell, Monroe County voted heavily in favor of Russell to give the former state trooper the edge.

“I am extremely grateful to the voters of this district allowing me to represent them as their Republican nominee,” Russell said in a release from his campaign. “This was a strong grassroots campaign. It wasn’t about me. It was about a team of motivated individuals passionate about a cause. I’d like to thank everyone who assisted in this effort and everyone who gave me the honor of their vote.”

“I certainly appreciate everyone that voted for me,” Aikens said. “We worked hard, had a lot of volunteers and certainly wish the winner success. ... I’m very proud of the vote I received. There’s always the next time. If that’s part of God’s plan that’s the way it will be. If not, we’ll move on to something else.”

With Russell’s win Thursday night, he will face Laura Miller in the November general election. Miller received 1,961 votes in the state primary across both Loudon and Monroe counties.

“I am tremendously energized by this victory, but I am taking nothing for granted,” Russell said. “There is still a general election campaign to run and I plan on taking my conservative message directly to the people of Loudon and Monroe counties.”

The former representative for the 21st District, Jimmy Matlock, received more than 70 percent of the vote in Loudon County in his race to represent the Republican party in the November election for the U.S. House of Representatives, receiving 7,546 votes. Tim Burchett, Knox County mayor, won the second highest vote total in the county with 2,020.

However, Loudon County was not enough to carry Matlock to victory. Burchett ended up winning the Republican bid with 47,864 votes across the entire second congressional district, while Matlock finished second in the race with 35,845 votes.

“Obviously, we’re very disappointed, but we couldn’t be anymore proud and pleased at the way our friends supported us in Loudon County,” Matlock said. “We have found it a privilege to have grown up in such a community and the way people stood by us was humbling.

“... I’m going to serve this district (21st District of Tennessee) as they elected me to do and I’m honored to have that privilege,” he added. “Until Nov. 6 I’ll be working as I have the last 12 years to make sure Loudon and Monroe counties have the best representation in state government. I am very much pleased to have still that opportunity after this congressional race, at least the primary part of it, passed by and we didn’t prevail.”

Matlock hopes to focus on work in his business, as well as nonprofit and civic work, after his term in the state House of Representatives expires.

“We’ve got some plans for expansion of the business that were going to happen with or without me around, so I may try to kind of speed it up a little bit,” he said.