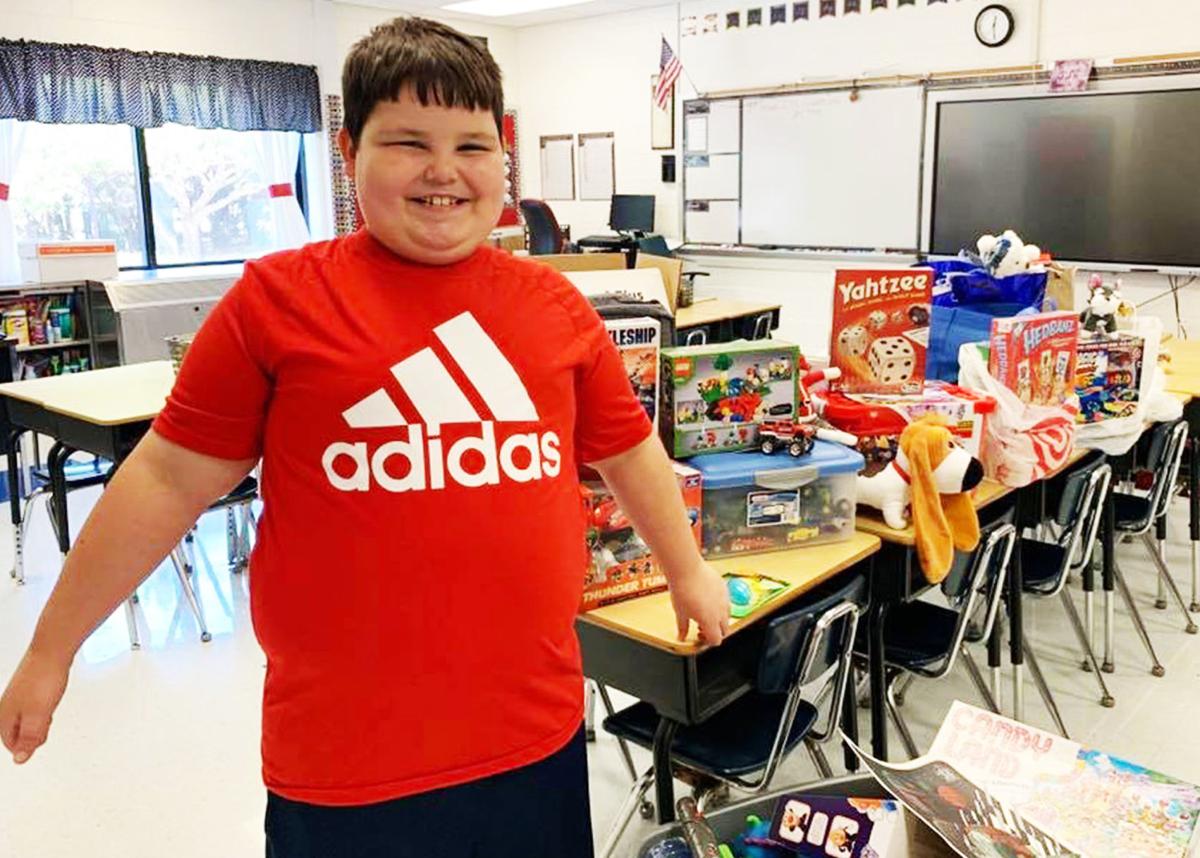 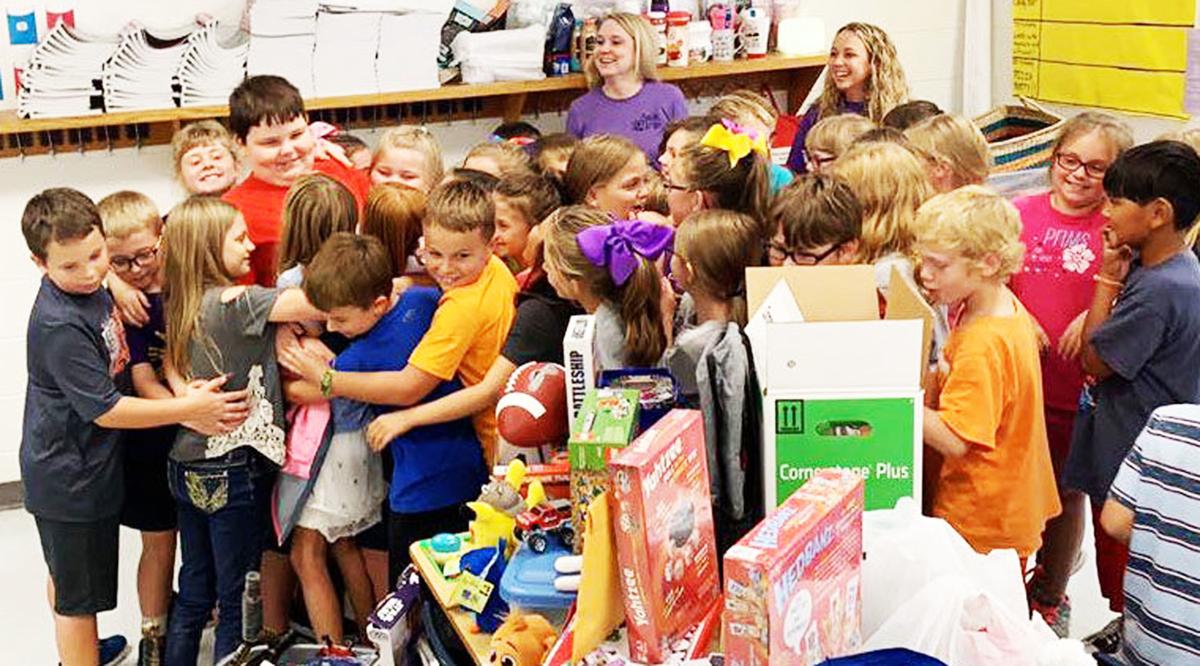 Philadelphia Elementary School students hug Daniel Hunt, 8, after they surprised him with toys they collected.

Philadelphia Elementary School students hug Daniel Hunt, 8, after they surprised him with toys they collected.

The unthinkable happened to Daniel Hunt and his mother, Kristen Wilburn, when they lost their home Sept. 21 to a fire.

Among the items destroyed were the 8-year-old’s toys. Luckily for the Philadelphia Elementary School third-grader, his peers took action last week to ensure he doesn’t go without.

“It’s just what our folks do here whenever there’s a known need for a student — people pitch in and help,” Marvin Feezell, PES principal, said. “The teachers knew that we have a pretty typical response that people would just flood in from the community wanting to help out with donations and getting them the immediate supplies you need, and food, toiletries, things like that, and so the teachers say we want to try to help in a way that maybe nobody would else would help in.”

The effort was a surprise for Hunt.

The boy was asked to leave the room on a “false errand” to give enough time to set up the toys donated throughout the week by students. When he walked back into the classroom, instead of going to the toys, with a smile on his face he opened his arms and said, “Everybody come here,” asking for a hug.

“I think that is such a great picture of our community and our school, and that’s just kind of — it’s not abnormal to see these things happen. ... I feel super blessed to have witnessed and just been a little bitty part of that,” Casey MacKintosh, PES teacher, said.

Hunt said he was “happy and thankful” and the hug from several students nearly knocked him down. He said the surprise “changed my feelings to a big, happy smile.”

“They sent me the pictures and the videos and I just sat here and boo-hooed for a few minutes,” Wilburn said. “But it’s just so sweet, and his teacher actually messaged me a few days prior and told me to keep it a surprise and not tell him, so I knew it was coming, but I did not expect as much. It’s so sweet and so overwhelming, but in a good way. It just makes me emotional just talking about it really.

“I just couldn’t believe that this whole community has just come together for us and it’s just amazing,” she added.

Hunt and his mother are staying with family for now.

Feezell and MacKintosh jokingly said the biggest surprise was third-graders keeping a secret for a week.

Their selflessness was equally as special, Feezell said.

“They did kind of a secret toy drive, and we snuck them in and hid them,” MacKintosh said. “They did an amazing job keeping a secret for the whole week, which was not easy for 8-year-olds. They were precious. Their faces every day, there was a lot of excitement because they would sneak it in and they would be, ‘Oh my gosh, I can’t wait.’ The day before it was like, ‘Tomorrow’s the big day.’

“The day of they were all like, ‘Today’s the day’,” she added. “I even heard them say things like, ‘Oh, I hope I don’t cry,’ because you could tell there was a lot of emotion.”

“It’s vital that students learn all the things that we have to teach them through the state standards to have success in life, but it’s equally important for them to learn character, kindness and all those other things,” he said. “... We just call it ‘living the gold’ here at Philadelphia because there’s a lot of those things that will be factors in kids’ success. We just want them to be good people.”