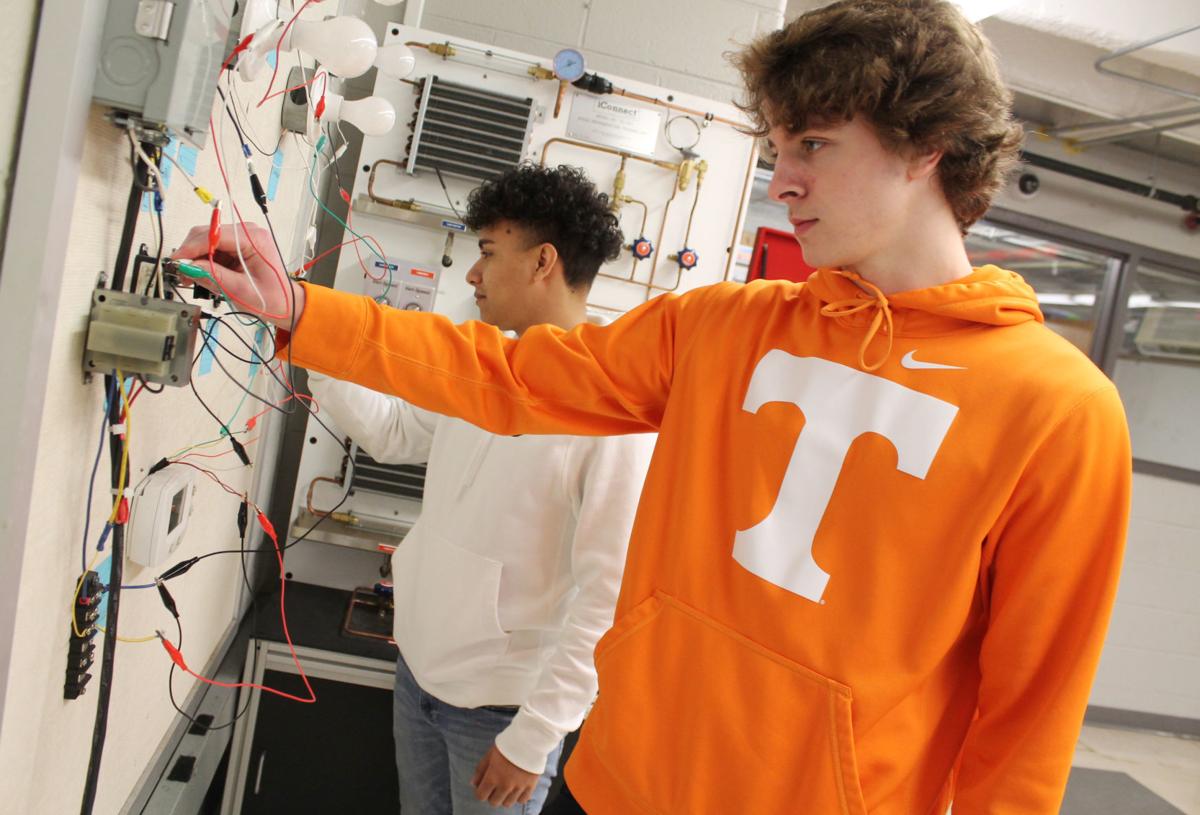 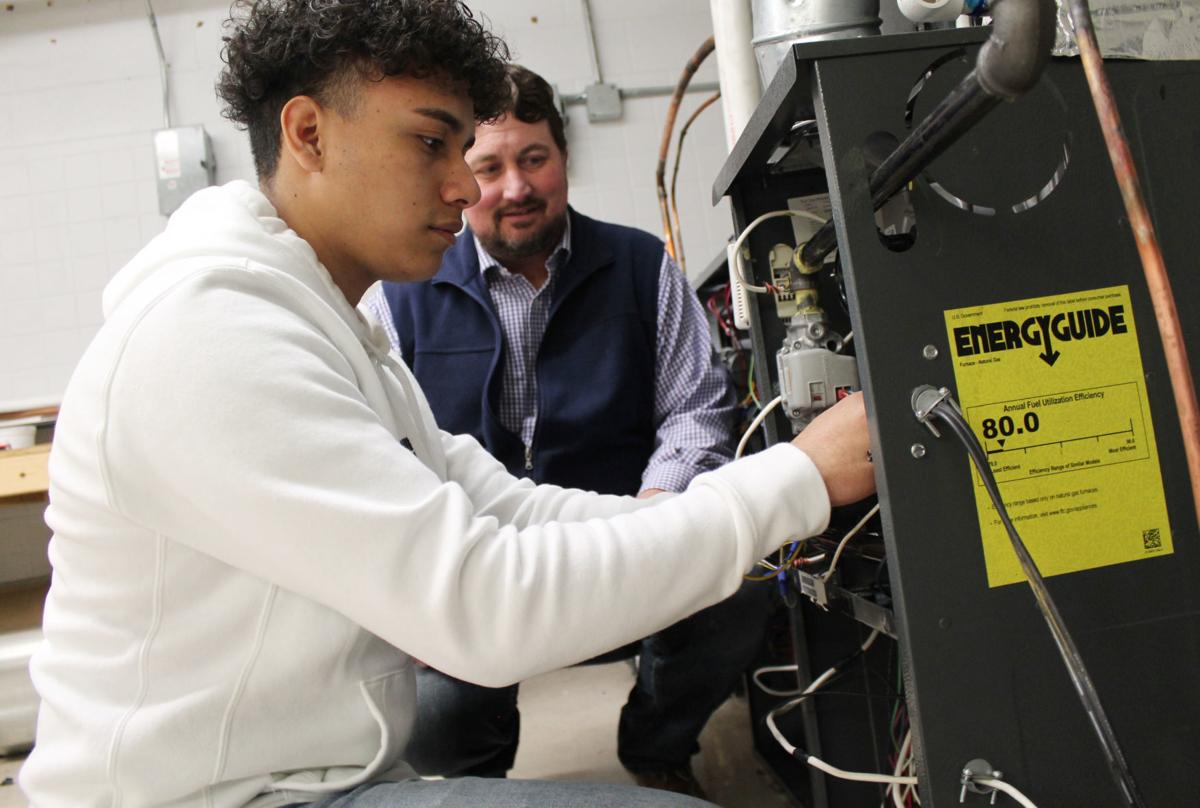 Loudon High School is getting students ready for the heating, ventilation and air conditioning industry.

Although Brian Thompson in is his first year teaching, he brings 18 years of experience in the HVAC industry. He has 22 students in the class this semester.

“Basically, I just kind of open their eyes to what is out there in the HVAC industry,” Thompson said. “Different types of jobs within the industry that they can get. Careers they could make out of it, the type of money they could make in it, and then just get them interested in it. HVAC is kind of unique because I can do electrical, plumbing and fabrication and building automation stuff. They get to see a lot of different trades, not just HVAC. You have to be kind of be a jack-of-all trades, so to speak, to do HVAC.”

The class features 40 percent book work and 60 percent hands-on experience, which Thompson believes is invaluable for students who take the elective. The class is broken into three groups, with beginners starting in HVAC Core. Students then progress to HVAC 1 and HVAC 2.

“The hands-on is invaluable,” he said. “The kids that go through this program when they get out of high school have got such a leg up on people who ... just try to get in the field. I mean they already have their certification plus they already know all the basics of the trade. ... A typical day we’ll spend 20-25 minutes in the classroom going over electrical diagrams, refrigeration, that type of stuff, whatever we’re going to do that day. The remainder 45 minutes to an hour we’re in the actual shop with hands-on doing what we’re talking about.”

Thompson’s 19 students from last semester have since gained certification for free thanks to a grant the school district received. Thompson hopes that will be the same this semester.

“It’s because it’s something that kids can come out immediately, kids that may or may not be — we’ve got college-bound kids that also have HVAC certifications, but most of them are kids that aren’t interested of going into college at least right off the bat, and we have the capability here of essentially having certification to maintain and work on HVAC systems coming right out of high school,” MacKintosh said. “Brian’s created some partnerships with so many different companies that these kids can (go to) with his who-you-know part of it and then they get in there and it’s what they know. We’ve got a great opportunity for the kids to become marketable right out of high school and make a lot of money doing it.”

Klobuchar: not realistic to expect Barr to resign

John Avlon: Why is Trump pumping up Bernie Sanders?

Bash presses top aide to VP on deficit under Trump

Thompson invites employees of those businesses to “come in the classroom and look at what we have and what training that I’m doing and give me advice on, ‘Hey, yeah, this is good. You could do this differently. You could add this to your program’.”

LHS formerly had an HVAC class, but MacKintosh believes Thompson has helped build stronger bonds in the community.

“I don’t think that we’ve had the partnerships in the past that we do now,” MacKintosh said. “Along with his expertise, he has brought the partnerships that will make this ongoing and a place where kids can go. They’re building those relationships right now with those companies and those companies with them to where it’s just, ‘We want you, you and you. How much do you want? We’re offering this. How much would you take?’ That type of thing.”

Osvaldo Mora and Logan Hoppel gained certification last semester. Both are back in the class this semester.

Even if students don’t go into the industry, MacKintosh hopes they can utilize their knowledge.

“If I’ve got a little bit of background knowledge on it I’d feel a little bit more powerful as a consumer,” he said.

“And the students will have a good, basic knowledge of HVAC systems when they get out,” Thompson added. “Like now, all of the first 19 I know could replace a thermostat in a home, they could use a torch and braze copper. I mean they’ve done all that.”