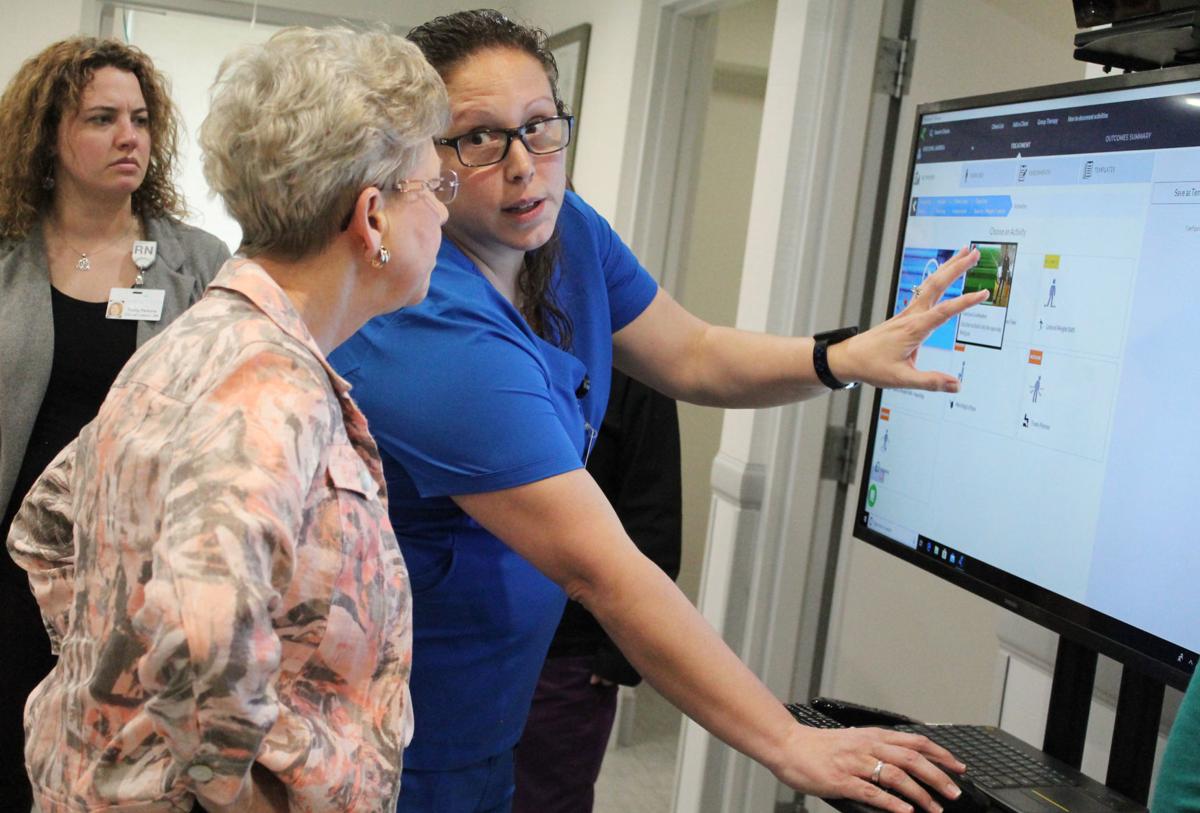 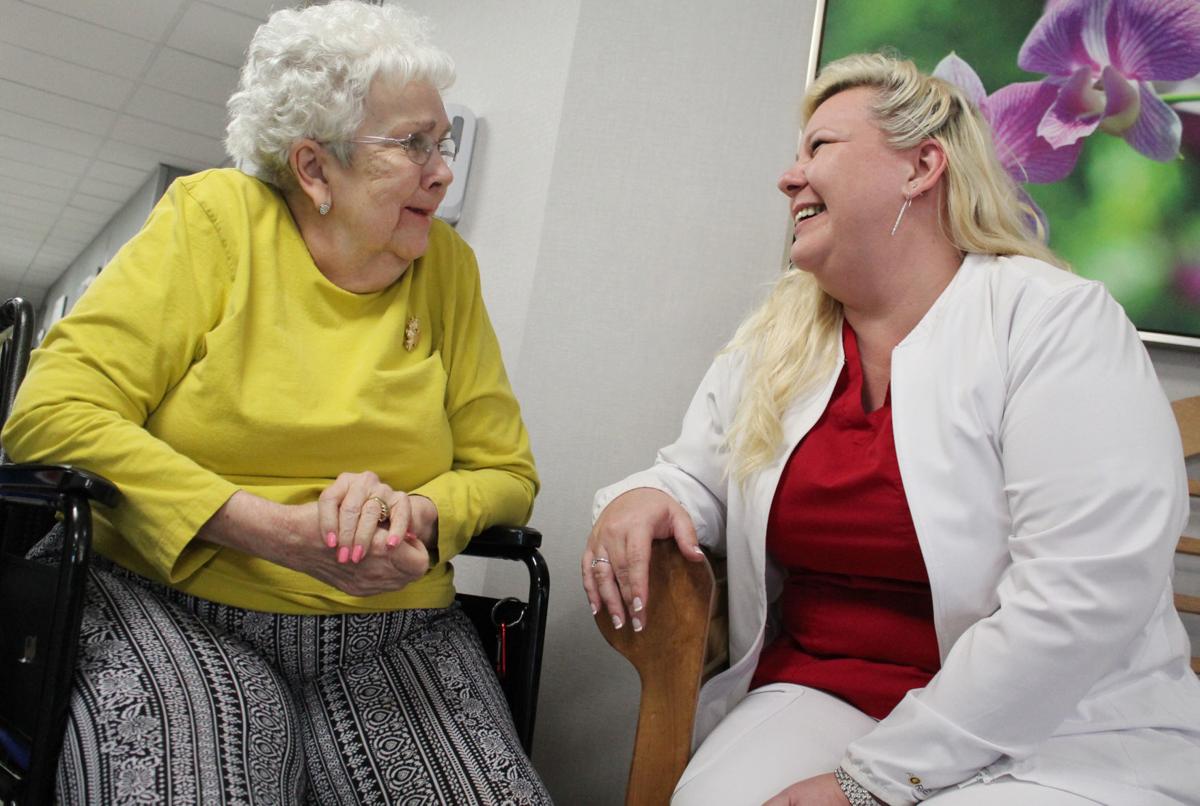 With the cut of a ribbon, River Grove Health and Rehabilitation Center representatives showcased to the community $1.5 million in upgrades to the Loudon facility.

“This entire rehabilitation wing, all the rooms were renovated, the front lobby area,” Erin Nedrow, ClearView Healthcare Management vice president of business development, said. “All new flooring, all new furniture, all new soft goods, and then the rehabilitation gym was completely renovated as well.”

Work was done as part of an agreement ClearView had with the building’s prior owner when it took over in July, Nedrow said.

“This facility needed an upgrade, and we’ve met with physicians and hospitals and they’re very encouraged about the renovations because this building had not had the love that it needed in the past,” she said.

Renovations began in January 2019. Jason Werden, River Grove executive director, said the work is part of a multi-phased project. Parts of long-term rehab care are still needing upgrades, although he could not provide a timetable for completion.

Werden worked at the building prior to ClearView taking ownership. He said the changes were “extremely needed.”

“The old building still had the original tile floors, carpet in the hallways,” he said. “This is a much more sterile environment and clean, stuff like that. You can see some of the old renovations down there that we haven’t made down this hallway yet. ... This hallway ... is short-term therapy rehab home, and that’s all been renovated with the new flooring. We’re working on this next, the long-term care side.”

U.S. Chamber: More than half of U.S. small businesses to be closed within two weeks

Bus driver shared this video days before his death

As part of the upgraded rehabilitation gym, residents can utilize Jintronix, which Nedrow said was “interactive therapy virtual training equipment.”

“So instead of playing the normal cards, the normal puzzles, it just makes activity fun,” she said. “So when you’re going in there it’s got stuff for your arms, it’s got standing activities. People who are interested in a motorcycle, they can act like they’re on a motorcycle. There’s just so much stuff that you can do that they’re not realizing they’re actually doing an activity. It’s the activity that you don’t get bored with.

“So it’s just I consider it more of a fun atmosphere, more for socialization, more just range of motion, because now I mean that’s our population,” she added. “It’s helping strength and endurance.”

Carter has been with River Grove for 18 years. When she first started working in the facility, she thought it was not a “homey atmosphere.”

“You’re coming in here and it was just a — I’m just going to call it out there — generic, you know, a catch-all therapy gym,” Carter said. “But now with this renovation, now it’s more of a home atmosphere for people to come in here and they’ll look like, ‘OK, we have a kitchen. We have a bathroom where it looks more like we’re ready to go home’.”