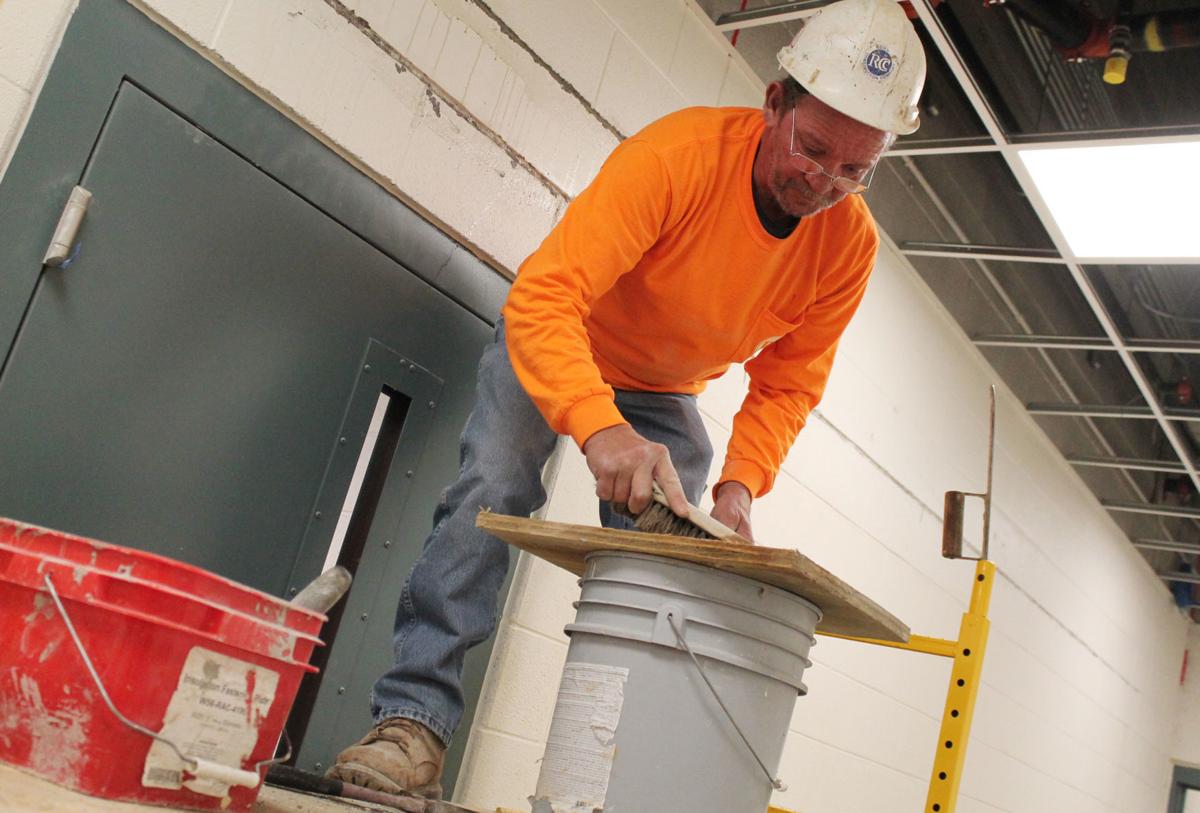 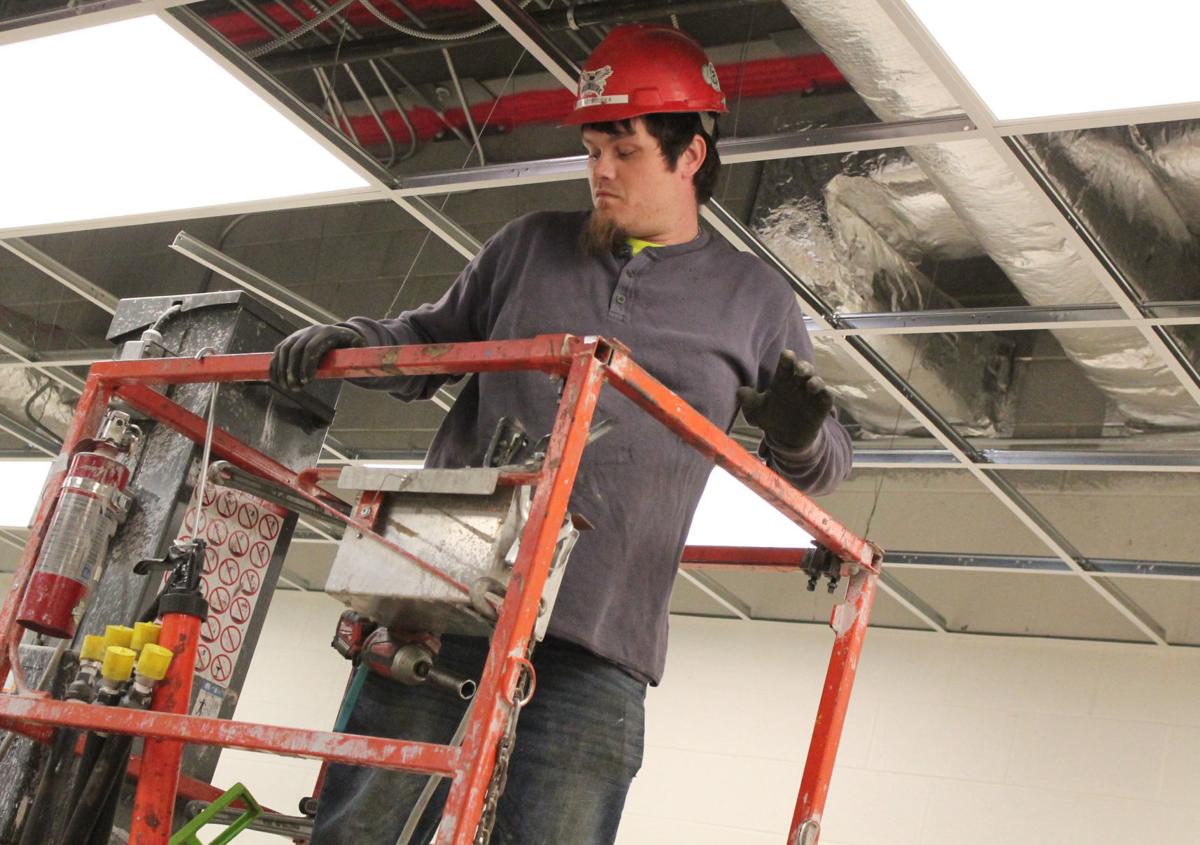 Dylan Morrison, an employee of Chattanooga Fire Protection, works inside the jail addition on Christmas Eve.

Dylan Morrison, an employee of Chattanooga Fire Protection, works inside the jail addition on Christmas Eve.

Loudon County’s jail expansion is nearing its conclusion after more than 18 months of construction.

“All we lack is the security electronics, the locks and some security glass, ceiling tile,” Lane said.

Representatives were eyeing a January completion date, but some late additions have pushed the project back to the second week of February, Lane said. The decision was made after recent meetings with county officials.

“There were some just life safety changes to ensure that the prisoners are safe during an emergency,” he said. “... They added smoke detectors in the day rooms so that the smoke evacuation system will be set off earlier in the event of a fire.”

Weather has also played a role in the project that officially broke ground May 7, 2018.

“We lost two weeks from weather over the course of the job,” Lane said. “... And then they’re allowing us a couple of weeks for the life safety changes and then they allowed us another week for the parking lot. There was a change to the parking lot. ... There’s a separate lot out front that they’ve added.”

Loudon County Sheriff Tim Guider is “impressed” with how work has gone so far. He hopes the addition will serve Loudon County for years to come.

“Obviously, give us some stability at the jail, certainly us some breathing room,” Guider said. “I think it’s going to be more humane for not only the inmates but also the corrections staff.”

Costas: Kobe was always pushing for something better

Hopes are to have an open house once the building is complete before inmates are moved over. Guider has inquired with Loudon County Mayor Rollen “Buddy” Bradshaw, contractor Rouse Construction and architectural firm Michael Brady Inc., to see if that would be possible.

“I certainly believe that the public has the right to view what their taxpayer dollars are going for — before the inmates are moved over there, of course,” Guider said.

Bradshaw believes the expansion has been a “long time coming.”

“I’m excited about it to tell you the least,” he said. “Overall, for us to finally get it done, finally get it behind us, you know, this has spanned over several years and two administrations as far as the mayor’s office goes. To be able to get that completion date there and be on top of it and be ready to move forward for the next chapter is exciting.”

He hopes an expansion will not be needed any time soon.

“I don’t want to be in a situation where we’re full and we are talking the same things we’ve talked about with overcrowding before it’s ever paid for, or at least close to being paid for,” Bradshaw said. “Hopefully we’ll have some, I guess, options moving forward. Of course, the No. 1 thing right now is the opioid maybe moving we’ll be able to find some option or some sort of aid to try to deter that and slow that down a little bit and help us to control the population.”