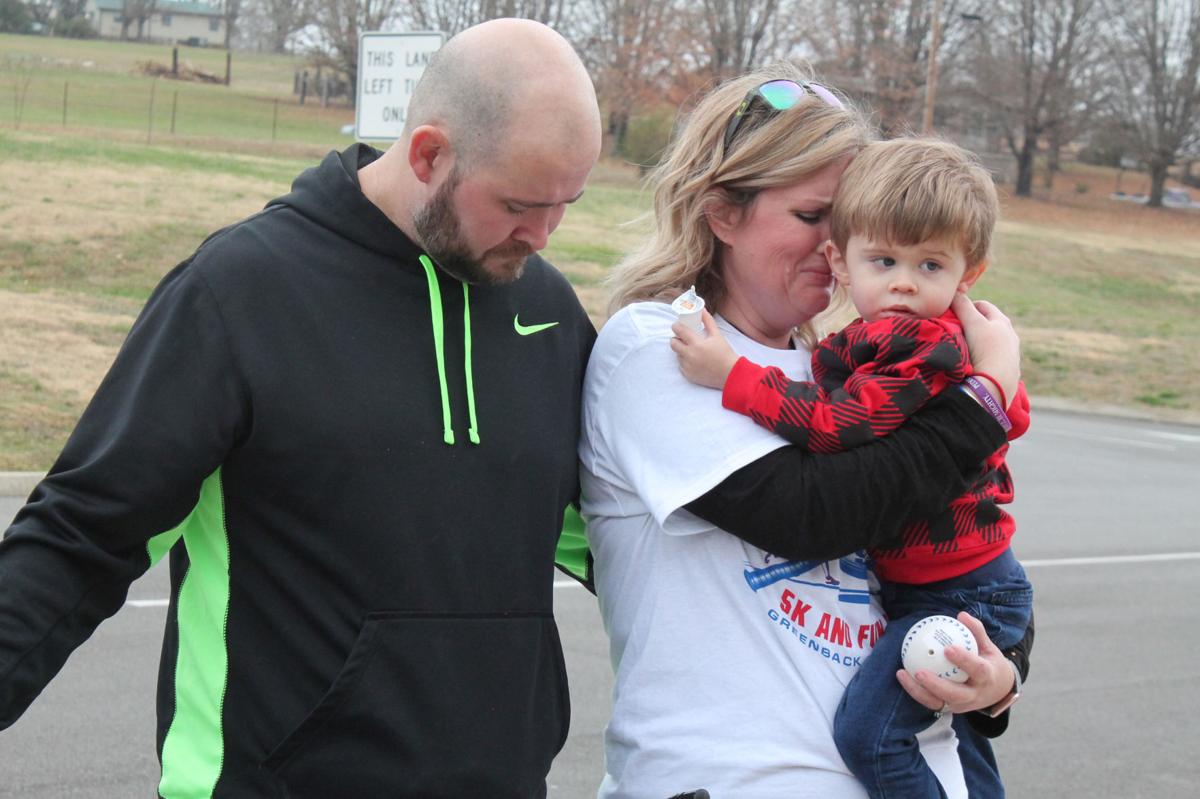 Colt and Maggie Waid hold Colt ‘Tyson’ Waid Jr., during prayer before a 5K and fun run begin in his honor in Greenback. 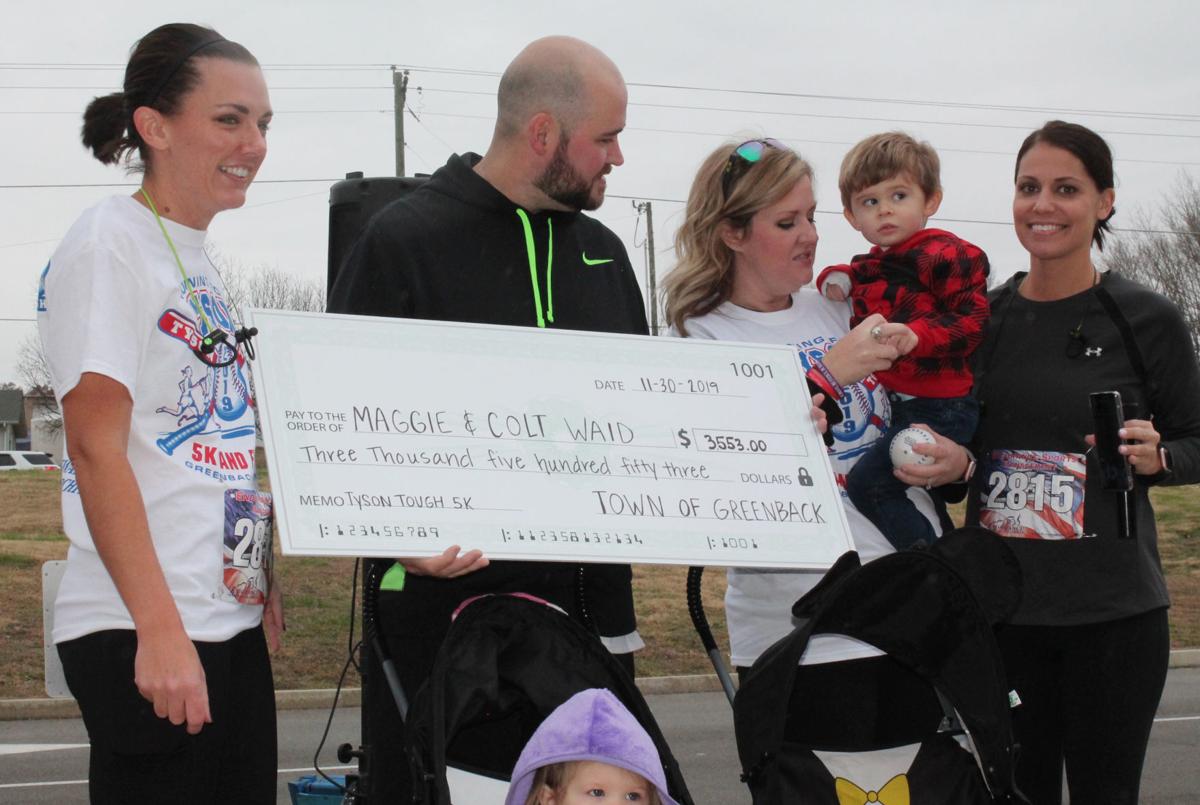 Colt and Maggie Waid hold Colt ‘Tyson’ Waid Jr., during prayer before a 5K and fun run begin in his honor in Greenback.

About 65 people signed up for the Tyson Strong 5K, and more than $3,000 was raised for 2-year-old Colt “Tyson” Waid Jr., a boy who in July was diagnosed with brain cancer. A tumor, which is inoperable, is on his brain stem.

“This is the most aggressive type of cancer you can have and there’s nothing — the treatment’s been the same since 1950s,” Maggie Waid, Tyson’s mother, said. “They can’t find anything to touch it. Chemo won’t do anything.”

Tyson has gone through radiation, which shrunk the tumor 50 percent, and has been given alternative medicine. Maggie stays optimistic her son will get better, but she admits the situation is out of her hands.

“He’s the strongest kid I know. He’s been at it from the get-go,” Maggie said wiping tears from her eyes. “He’s just had it rough from the beginning, and so this terminal diagnosis kind of makes you ask why but he’s kicking it in the butt. Most kids who go through radiation, their tumor might shrink 10-20 percent and Tyson’s shrunk 50 percent. That’s unheard of, and we don’t question it. It’s out of our hands.”

Tyson suffered a stroke in utero. Prior to the cancer diagnosis, his family thought he had suffered another stroke when motor functions struggled.

“It literally sucks the breath out of them, the air out of them,” Maggie said. “Especially when it’s not what you were expecting. You expect anything else, but not, ‘Hey, your kid has cancer and there’s nothing we can do.’ As good as he’s doing, it helps us get along day by day.”

A 5K and one-mile fun run was put together by co-coordinators Josie Sevelius and Kelly Switzer. Sevelius came up with the 5K after experiencing a bout with cancer. Eight years ago she was diagnosed with breast cancer, and having graduated with Maggie in 2002, she wanted to help.

“I think when you become a survivor, you want to help,” Sevelius said. “I think it helps you by helping other people. I know how Greenback is and so I just wanted to get everybody together and raise money for him.”

The community has rallied around Tyson and his family. Maggie, who now lives in Georgia with husband Colt, daughter Averie and Tyson, said the community has been amazing.

“It’s just really cool how much they step up to help people,” she said. “Anytime someone’s in crisis they jump right in and do as much as possible. They were the first ones when we got home from the hospital half the people around here sent money down here as soon as we got home just anything we needed, stuff for Tyson, constantly been sending us financial help, doing fundraising helps, selling bracelets.”

“The one great thing about growing up in Greenback is that for the rest of your life you always have a home, and you can always sometimes you come to your home and sometimes your home comes to you,” Wendy Tittsworth, Greenback events coordinator, said. “When she ran into that with her son, all of the people from her class I guess rallied together to get behind her. That’s the one thing about it is no matter how far away you go from here, you always are embraced by your hometown and that’s the best thing about this place.”